Lake Manahatta in the center of New York 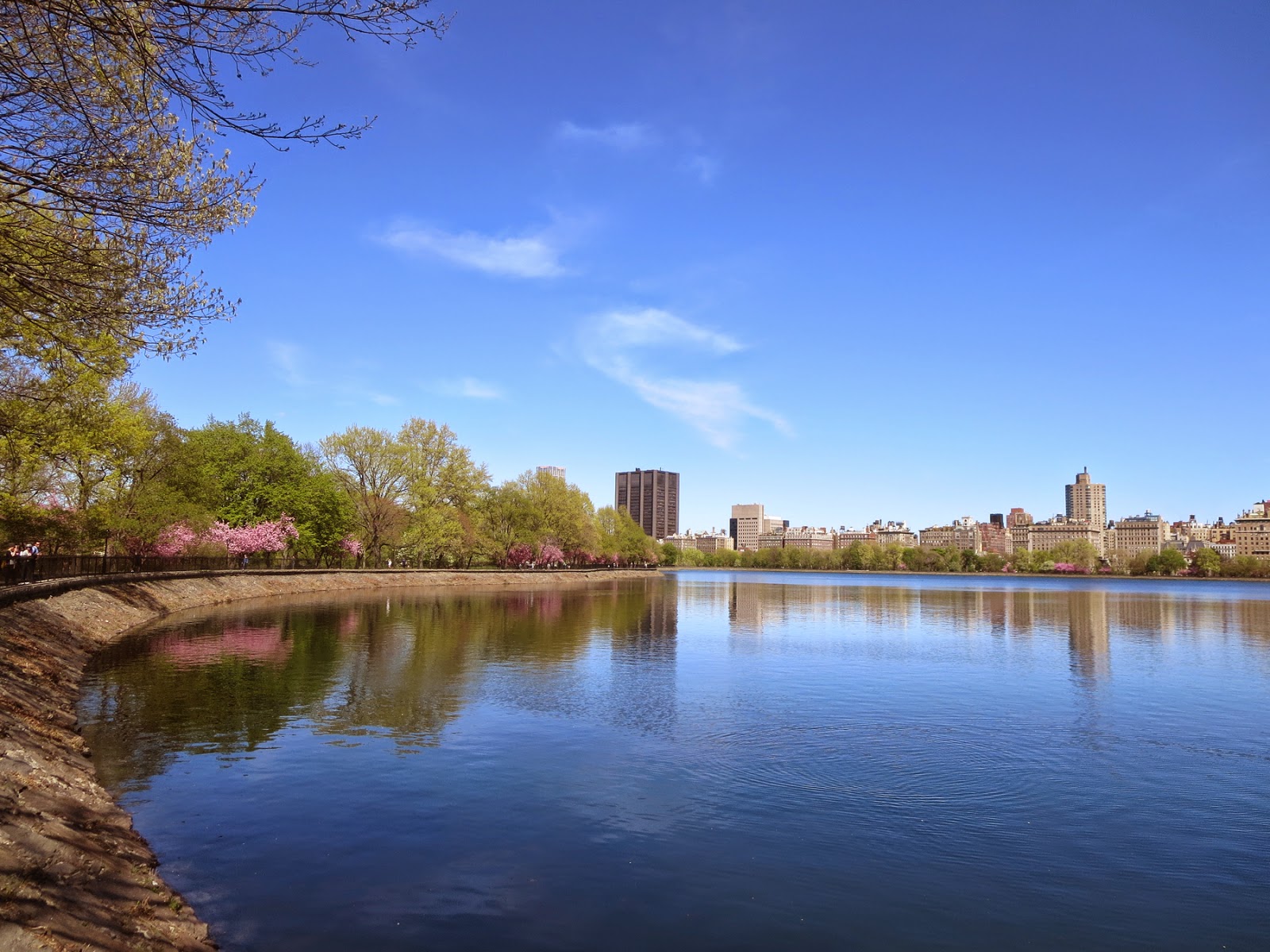 Central Park was the first landscaped public park in the United States. The Reservoir, named the "Jacqueline Kennedy Onassis Reservoir" in 1994, is a favorite Central Park attraction for joggers, bird watchers, and tourists.  It is located between 86th and 96th and covers one eight of the park's surface.  The reservoir is 40 feet deep and holds a billion gallons of water.   It was built between 1858 and 1862 as a temporary water supply for New York City and  was used to receive water from the Croton Aqueduct  via the northern gatehouse and distribute it to Manhattan via the southern gatehouse. At that time the Reservoir was called Lake Manahatta. 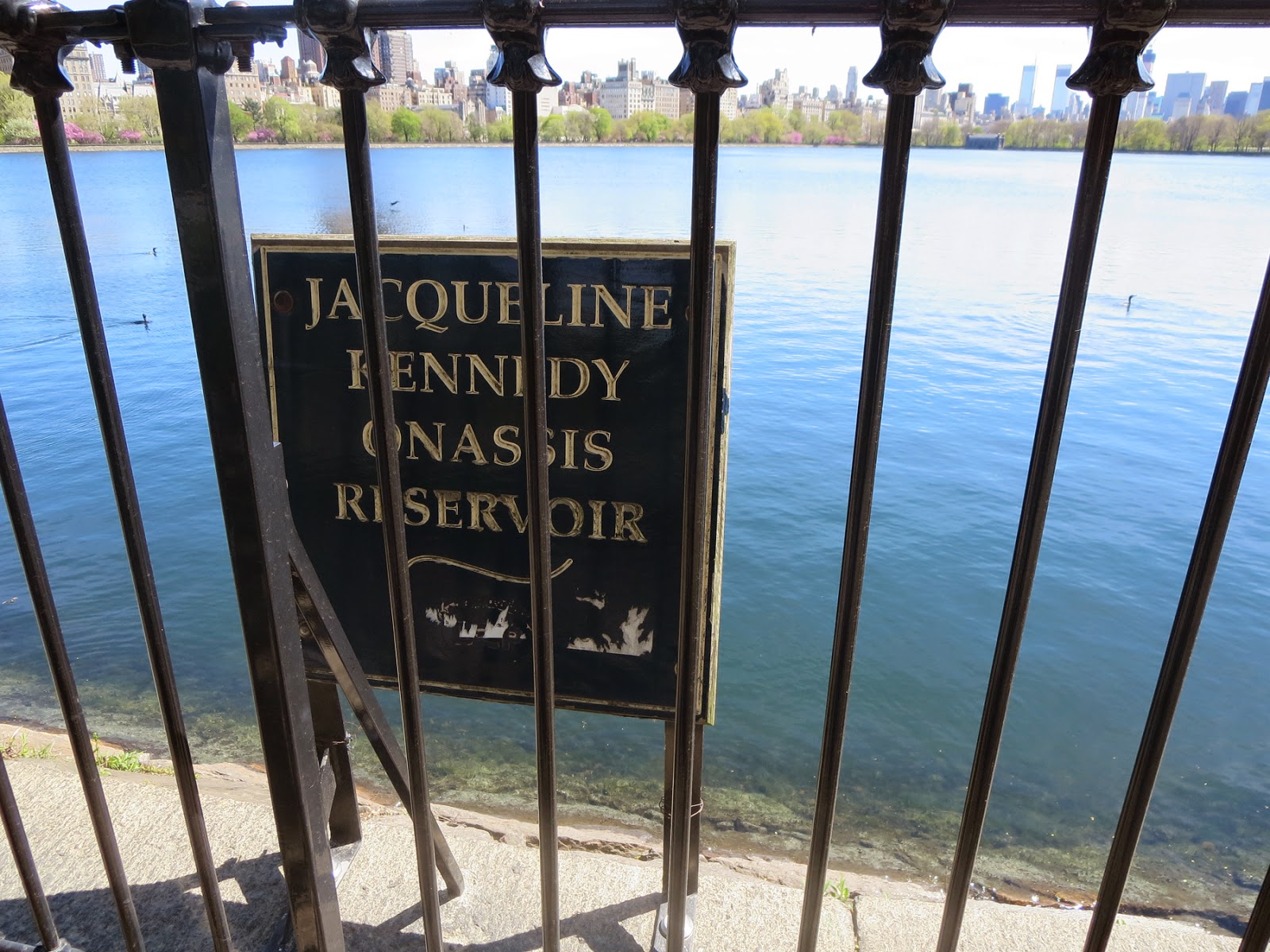 The Croton Aqueduct was  New York’s first out-of city water supply. It was a  large and complex water distribution system constructed for New York City between 1837 and 1842. It brought water by the force of gravity alone 41 miles (with the drop  13 inches per mile) from the Croton River in Westchester County.
The reservoir  was  named after   Jacqueline Kennedy Onassis Reservoir,  the widow of President John F. Kennedy,  in 1994.   Jacqueline   lived at the 1040 Fifth Avenue, across the Reservoir. 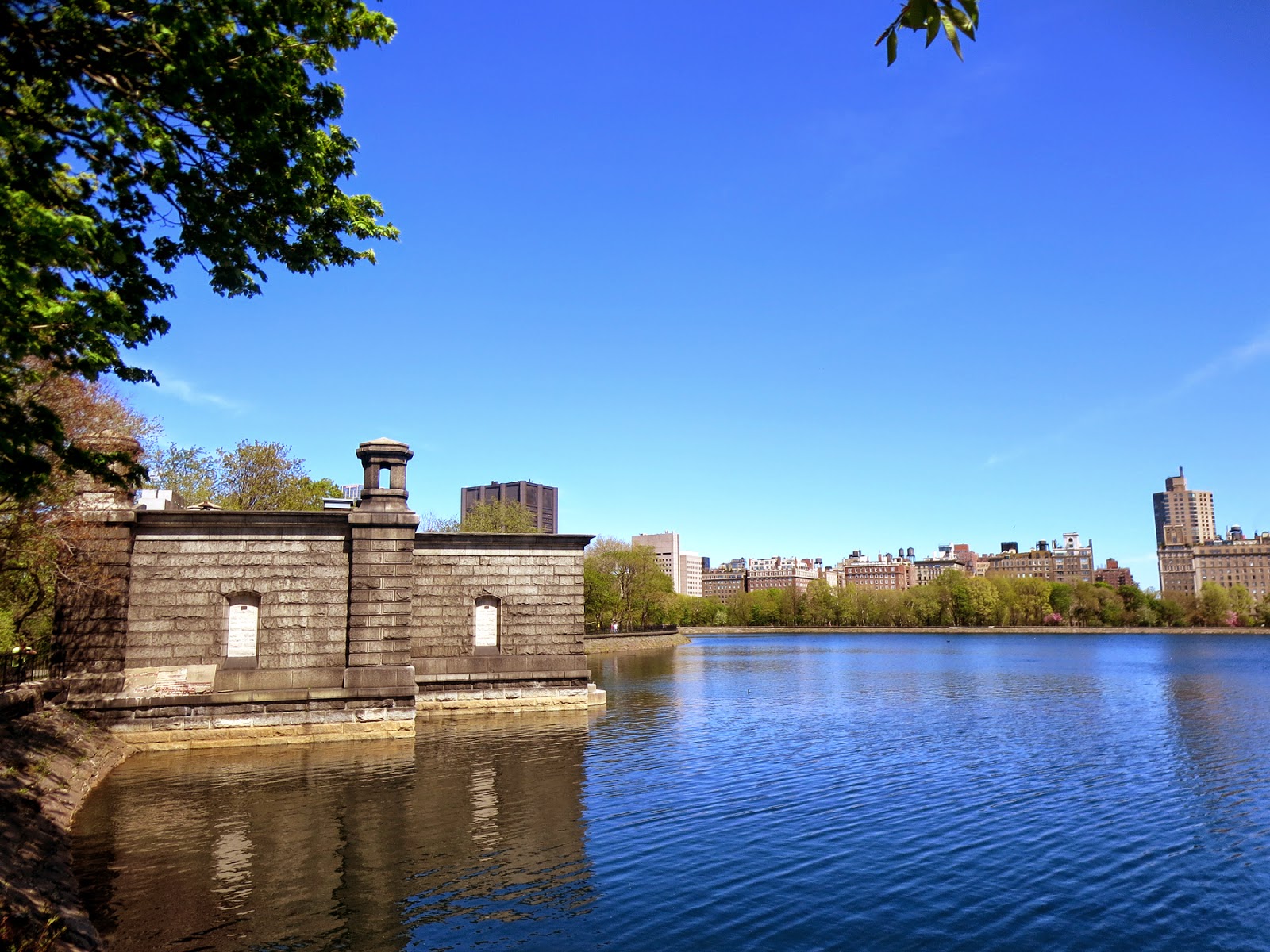 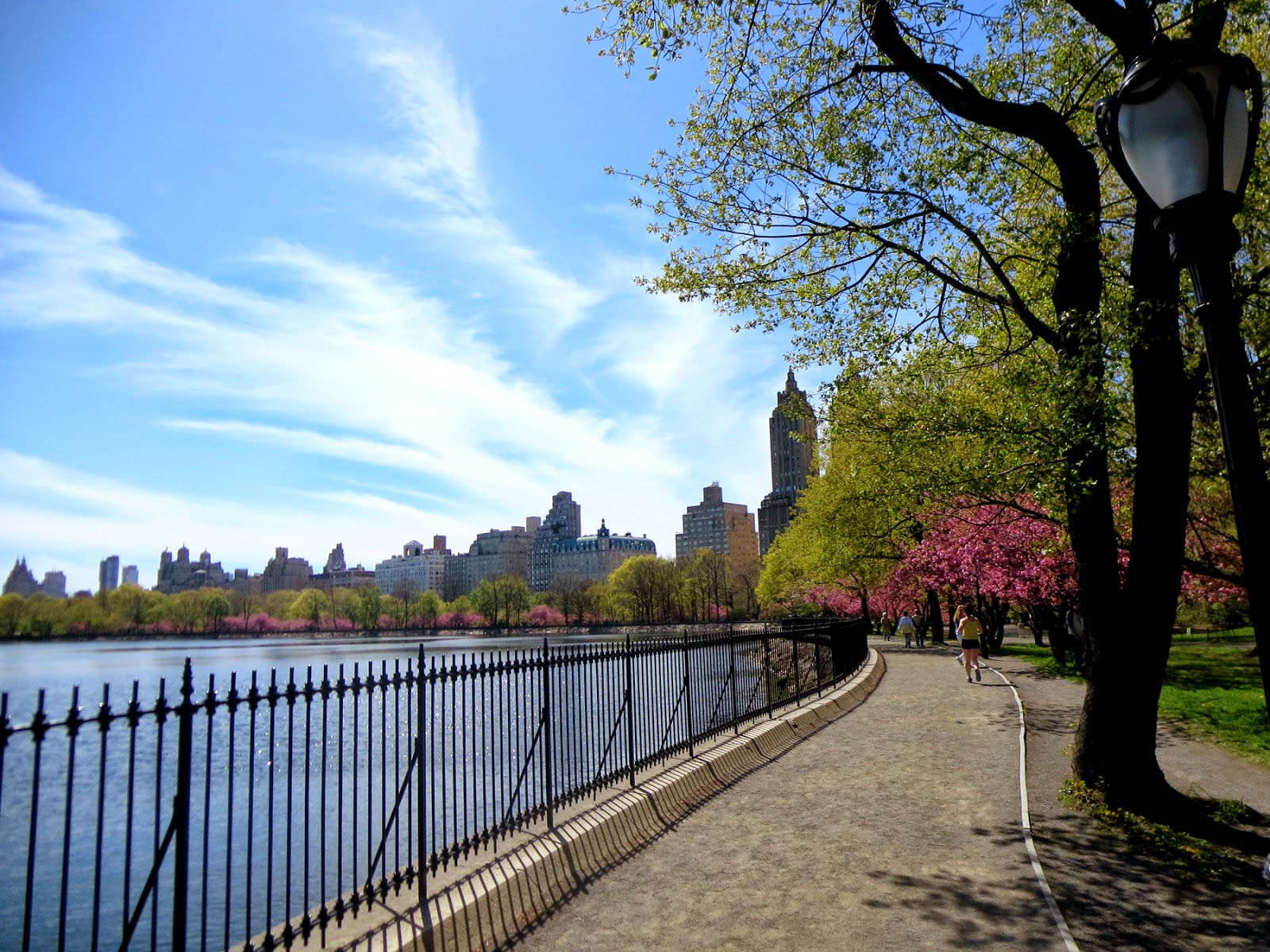 The Reservoir loop is a beautiful path in central park with amazing views  of Midtown Manhattan. The best time to go is right as the sun is setting, when the air is slightly cooler and the still reservoir water reflects the changing color of the sky. President Bill Clinton, Madonna and Jackie Kennedy Onassis are among the runners who have taken to this 1.58 mile track.
In 1993, after 131 years of using,  New York administration officials have decided to stop pumping drinking water from the reservoir. 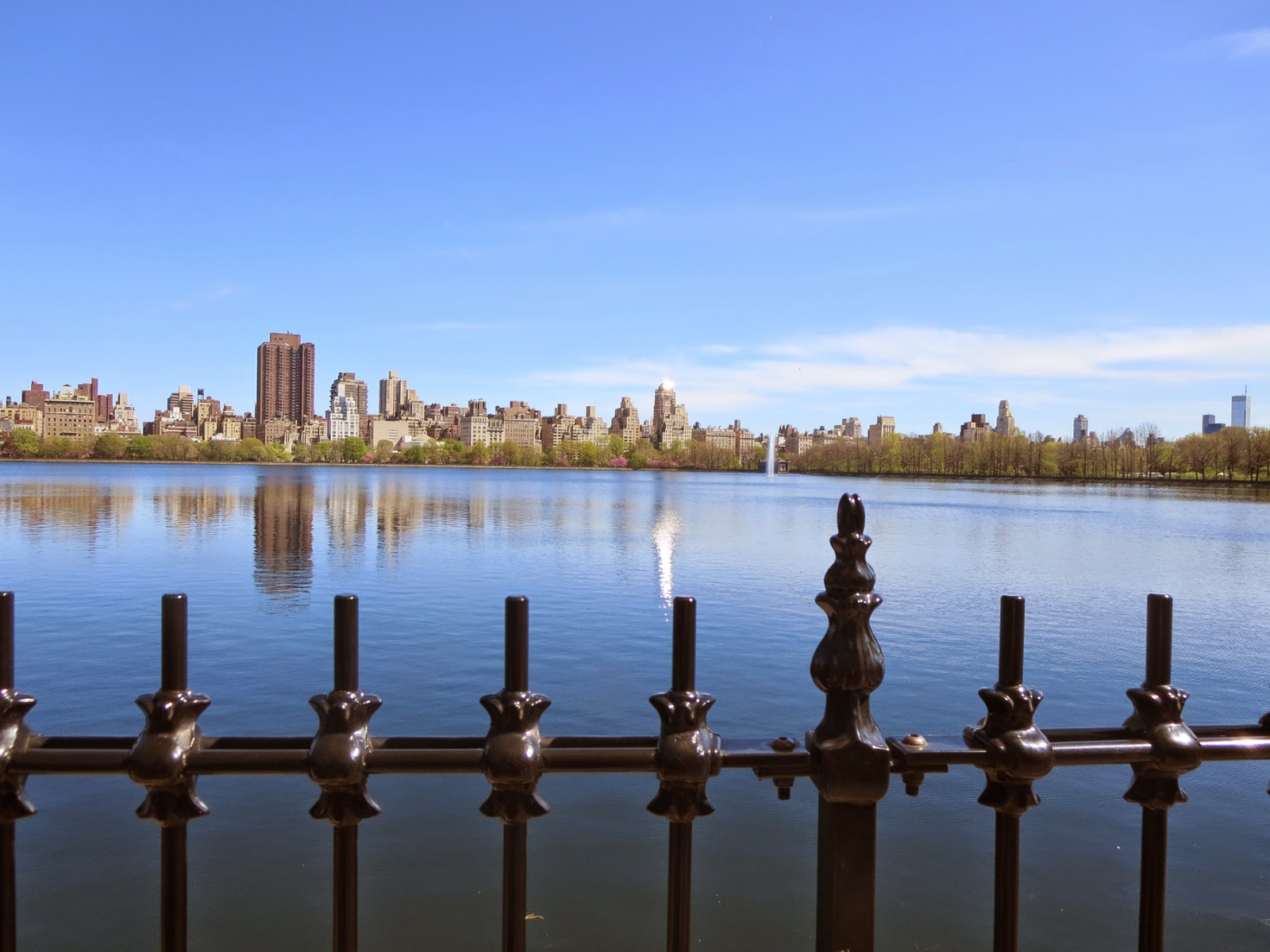 At the very beginning the reservoir had a 4- feet high cast iron fence. But it was not enough and to prevent the large number of suicides and a seven-foot high chain-link  ugly fence with barbed wire at the top  around the lake was built.
When scuba divers discovered a piece of the original fence at the very bottom of the reservoir, the Central Park Conservancy in 2003 built a steel fence with cast-iron ornamentation, closely resembling the original. 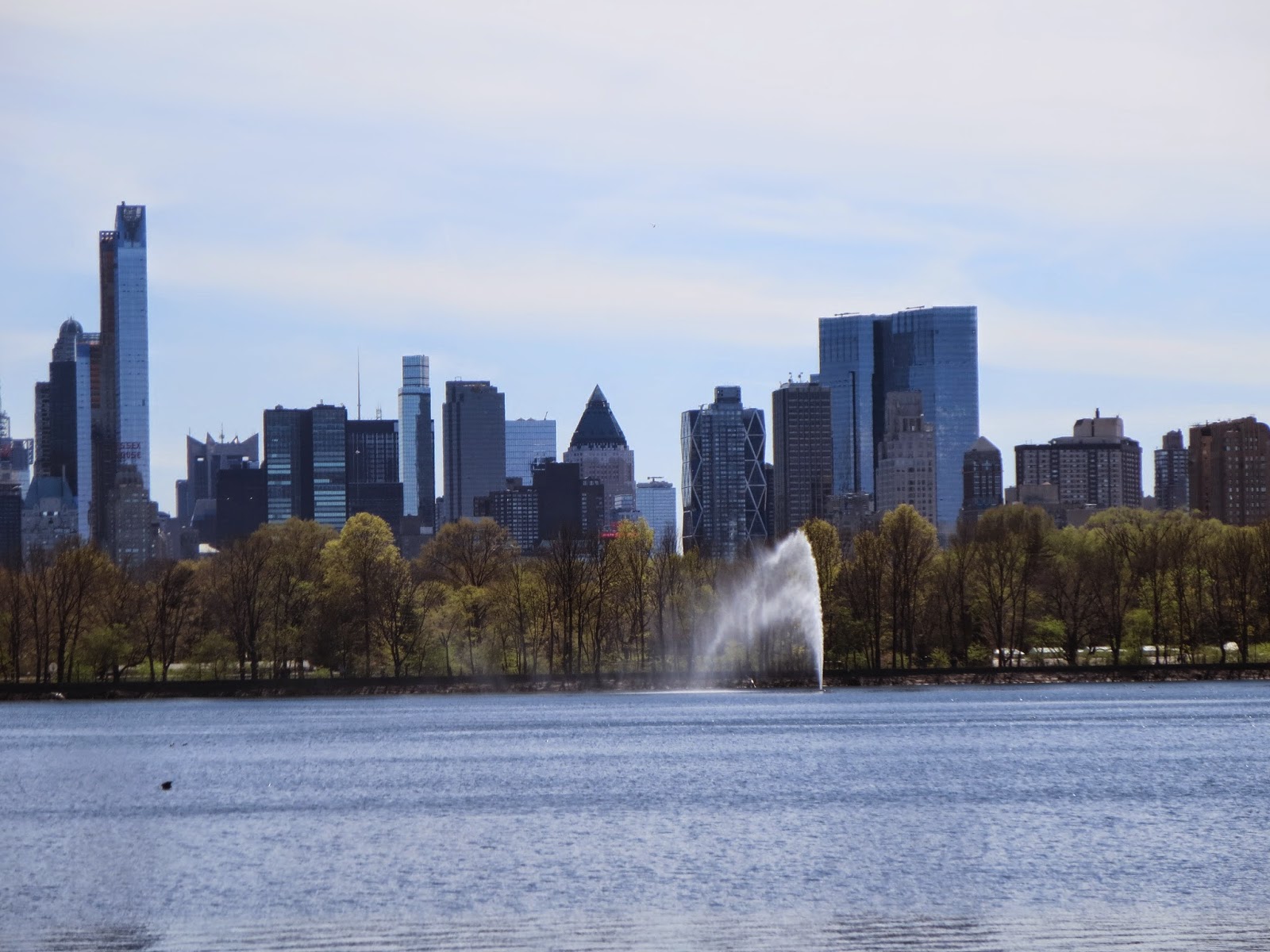 The fountain in the center of the reservoir was built in October 2017 to celebrate the completion of the Catskill water supply system’s newly built reservoir. On August 13, 1998, the fountain in the Central Park Reservoir was returned to service for the second time. And in July 18, 2003 the fountain  was activated for the third time to Commemorate 150th Anniversary Of Central Park. Since that time its use has been infrequent.
Starting from the summer 2010, the Reservoir's fountain is back in action thanks to the efforts of the Central Park Conservancy.  Fully restored and modernized to recycle the water already in the Reservoir, the fountain will flow through the entire summer and be turned off on winter months.
Posted by Секреты Большого Яблока