Christopher Columbus never set foot in the land that would become the United States of America. In fact, he never even saw it.   On 3 August 1492, Columbus had set sail on his flagship   Santa María. There were two other ships with him,  the Pinta and the Niña.     Columbus intended to chart a western sea route to China, India and the fabled gold and spice islands of Asia.  Instead exactly 10 weeks later, on 12 October, he landed on “San Salvador” — a still unidentified island in the Bahamas. By October he was in Cuba, and on 6 December he had landed on the island of Haiti, which he renamed La Spañola (Hispaniola).
The first recorded ceremony commemorating Columbus in America occurred in 1792, 300 years after his famous first voyage in 1492. To honor Columbus, a ceremony was held in New York, and a monument was dedicated to him in Baltimore, Maryland.

Taking pride in Columbus’ birthplace and faith, Italian and Catholic communities in various parts of the country began organizing annual religious ceremonies and parades in his honor.
In 1892, President Benjamin Harrison issued a proclamation encouraging Americans to mark the 400th anniversary of Columbus’ voyage with patriotic festivities, writing, “On that day let the people, so far as possible, cease from toil and devote themselves to such exercises as may best express honor to the discoverer and their appreciation of the great achievements of the four completed centuries of American life.”

Colorado became the first state to observe an official Columbus Day in 1905. The Knights of Columbus,  the world's largest Catholic fraternal service organization with more  than  1.8 million members had been intensively lobbying  the idea of the observation of the Columbus day, and in  1937, President Franklin D. Roosevelt proclaimed Columbus Day a national holiday.  Before  1971  it was observed October 12.  Later on it was   fixed to the second Monday in October.  Hawaii, Alaska, Oregon, and South Dakota   do not recognize Columbus Day at all.
In Spain, Columbus Day, the Fiesta Nacional   or El Día de la Hispanidad is celebrated as a national holiday.  In  1981, a royal decree established Día de la Hispanidad as a national holiday. In    1987, the name was changed to Fiesta Nacional, and October 12 became one of two national celebrations, along with Constitution Day on December. This day is also seen as Spain’s Day of the Armed Forces, which is celebrated with a military parade in Madrid each year.
In Italy Columbus Day (Giornata nazionale di Cristoforo Colombo) has been officially celebrated since 2004.


Before the Columbus Day Parade  in New York became an institution in 1929, Columbus Circle was the site of an annual wreath laying that commemorated Christopher Columbus’s historic voyage.
In  Brooklyn the Federation of Italian American Organizations honored  its Italian heritage during  Annual Columbus Day Parade that  stretched along 18th Avenue-Cristoforo Colombo Boulevard from 61st Street to 84th Street.

In Manhattan  this year the parade   was led  by Grand Marshal Alberto Cribiore, vice chairman of Citi Institutional Clients Group.
In  1987  Rudolph Giuliani was Grand Marshal, in   1984 - Sophia Loren, in 1980 - Luciano Pavarotti and in 1979 - Frank Sinatra.


The Parade  marched up Fifth Avenue from 44th to 72nd Street.  There were around million spectators and 35,000 marchers.  Gov. Andrew Cuomo and Mayor Bill de Blasio took part in the festivities.

A troop of classic and contemporary  Maserati sports and luxury cars  lead  Columbus Day Parade. This year  Maserati cars  are the official mode of transportation along the Parade route. 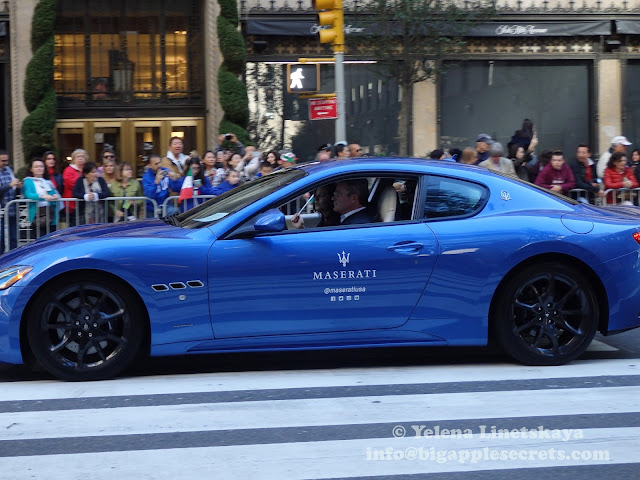 Il Volo trio, that won  Sanremo Music Festival in 2015   and was the third in Eurovision Song Contest 2015 in Vienna  took part in the 71st Columbus Day Parade in New York City, along the Fifth Avenue. The guys were driven along the way on a Maserati Car. 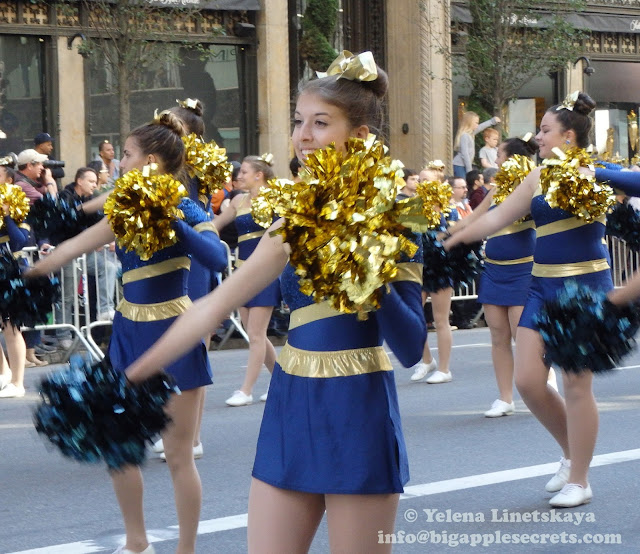 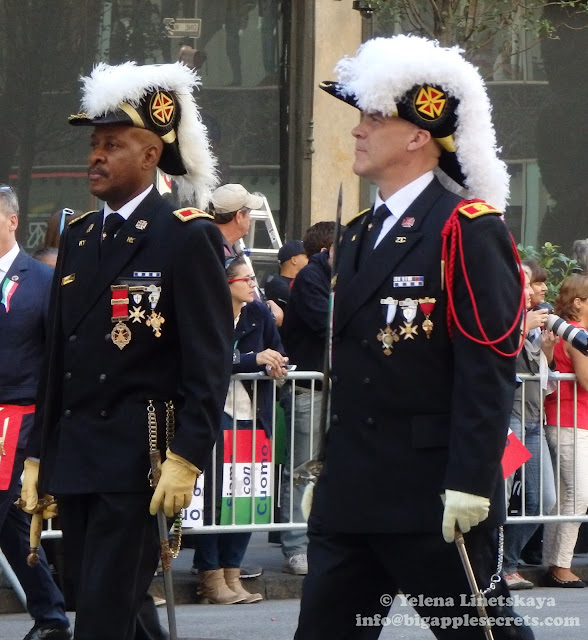 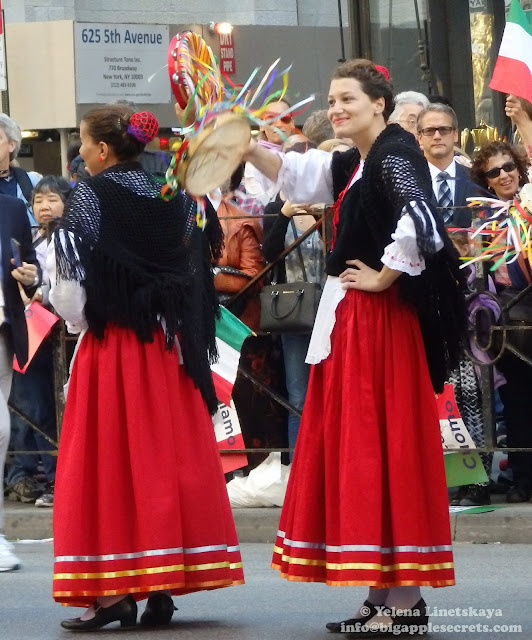 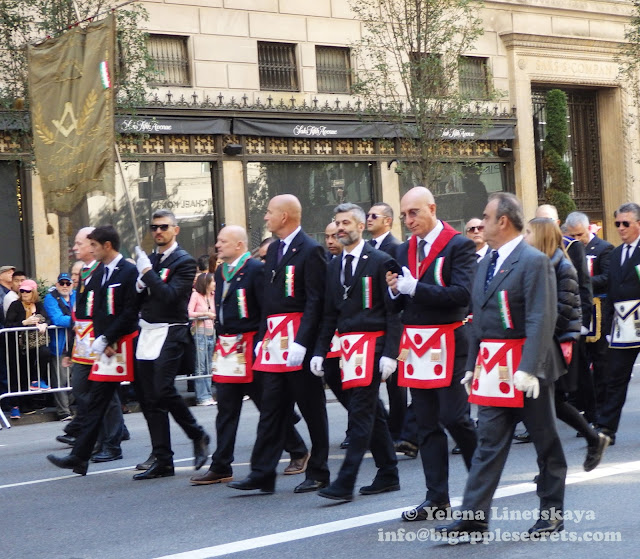