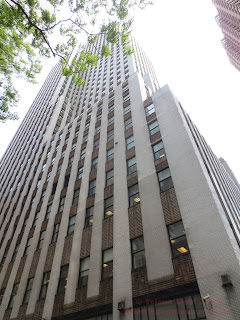 Just a block and a half from Grand Central Terminal, 220 East 42nd Street, also known as the Daily News Building was constructed in 1929-1930 for the newspaper of the same name, owned by Joseph Patterson. Joseph Medill Patterson was  one of the most significant newspaper publishers in the United States, founding New York's Daily News and introducing the tabloid. His grandfather was the founder of the Chicago Tribune and a mayor of Chicago, Illinois.


The New York Daily News was founded  by Peterson in 1919 and was the first U.S. daily printed in tabloid format - a compact page size smaller than broadsheet, usually 17 by 11 inches. New York's many subway commuters found the tabloid format easier to handle, and readership steadily grew. 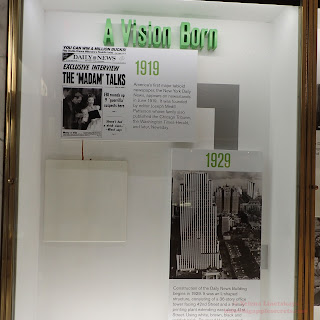 One of the slogans of the newspaper was  "The Eyes, the Ears, the Honest Voice of New York".  First  the newspaper was based at 23 Park Place, a block from City Hall, and two blocks from Park Row, the traditional home of the city's newspaper trade. By  1927 Daily News was the nation's biggest newspaper and it was ready to enlarge the space.

To build a new home for his newspaper  Patterson chose architect Raymond Hood to build hid first  fully modernistic freestanding skyscraper for the newspaper. Hood had designed the magnificent Chicago Tribune building, which was owned by Patterson's grandfather, Joseph Medill. 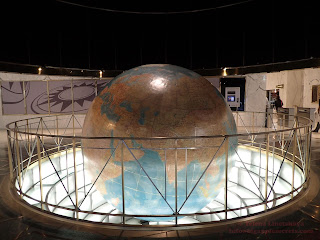 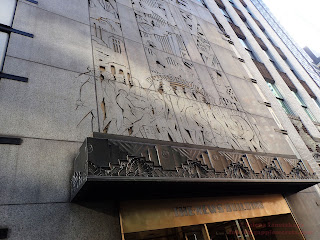 Construction of the 36-story tower began in April 1929, and for all that year Midtown East was dramatically transformed day by day as the News Building climbed into the sky alongside its equally showy new  neighbors the Chrysler and Chanin buildings.
The building was finished  by February 1930 and the  giant rotating globe in the lobby  took a few more months to install.

The  enormous partially sunken globe surrounded by a black glass hemisphere, is one of New York’s most unusual and dramatic public interior spaces.  The globe is 12 feet in diameter and weighs 4,000 pounds. It is housed in a mirrored circular pit beneath a black glass dome, and is lit from below. A sunburst, inlaid into the terrazzo floor, radiates out from this spherical beauty, with text marking the direction and distance to major cities around the world.
The giant globe was featured as part of the fictional Daily Planet in Richard Donner's Superman films in 1978. 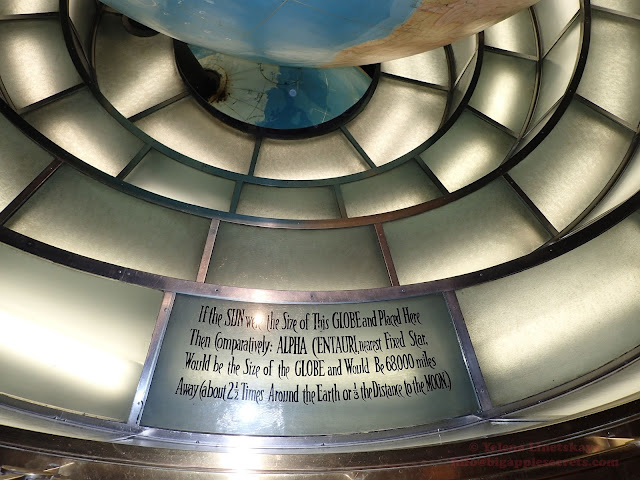 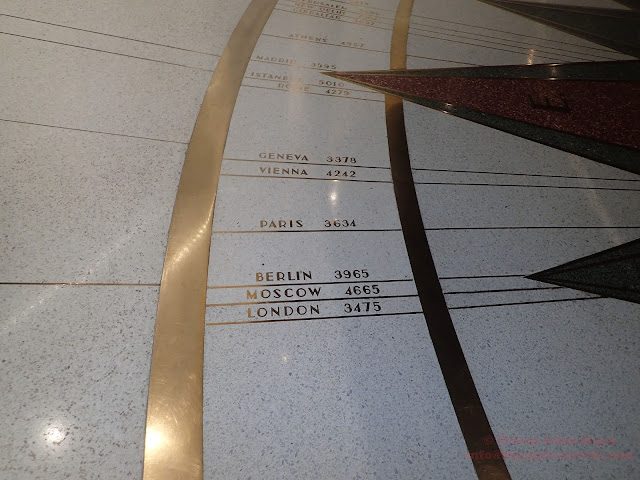 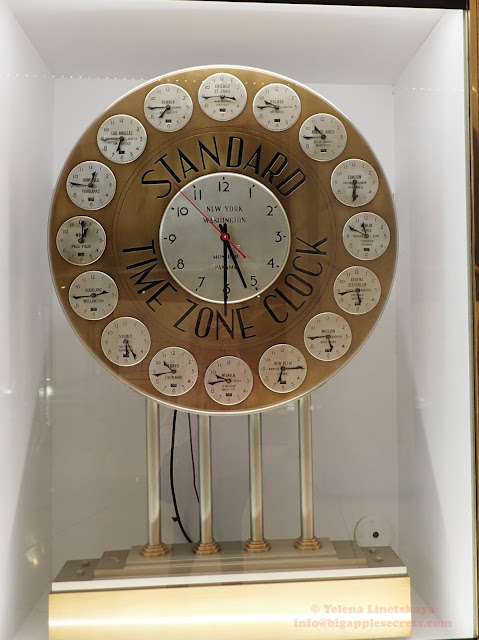