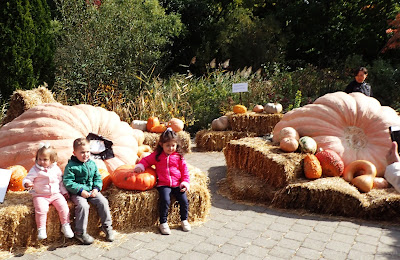 There is a long tradition  of growing fruits and vegetables to be shown at country fairs. The history of the growing  giant pumpkins can be traced back to 1857 when Henry David Thoreau,  American poet, philosopher,  and  naturalist  harvested a pumpkin weighing almost 124 pounds. The first official record was set on 1900 in Paris World's Fair. Four years later in 1904   William Warnock of Goderich, Ontario, using seeds from the same strain, produced a 400-pounder, a pumpkin so mind-bogglingly enormous that he was invited to display it at the Paris World’s Fair. Warnock’s pumpkin remained the undisputed champion of squash for nearly a century—until Howard Dill, of Windsor, Nova Scotia, developed the pumpkin breed now known as Atlantic Giant. 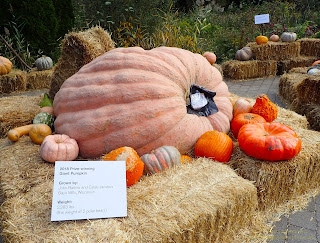 
According to scientists  at the Georgia Institute of Technology, there’s no reason to think the pumpkin is going to stop at a mere two tons. The vines can grow 1 foot or more daily, and pumpkins can put on 45 pounds per day, mostly from water.  Based on force measurements—in which hapless pumpkins are crushed in vices—the researchers concluded that pumpkins should be able to attain weights of up to 20,000 pounds. (….) 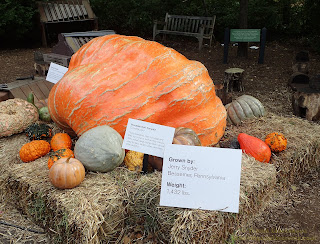 This year  Steve Geddes from New Hampshire , won $6,000    in prize money   at the Deerfield Fair for his first place pumpkin.  The Great Pumpkin Commonwealth, the global body that sets the standards for giant pumpkin growing,  stated that the  pumpkin by Geddes, weighing in at an astounding 2,528 pounds,  is the biggest pumpkin ever grown in North America and falls less than 100 pounds short of the heaviest pumpkin ever grown. 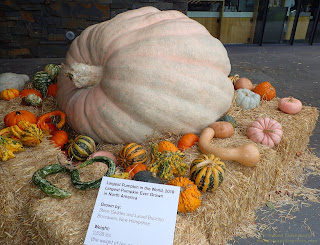 This year New York Botanical Garden in collaboration with the Great Pumpkin Commonwealth organized  the Giant Pumpkin Exhibition.  Monstrous pumpkins from around the country—some weighing in at more than a ton are  on display through October 31. Kids can explore in the garden  more than 100 friendly, larger-than-life scarecrows set among nearly 1,000 rare and unusual pumpkins and gourds. 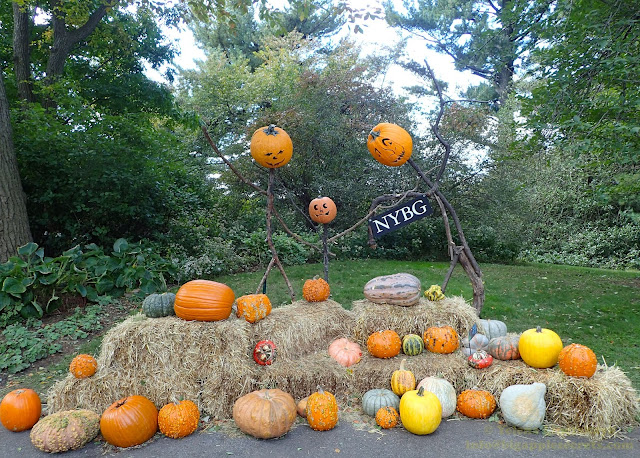 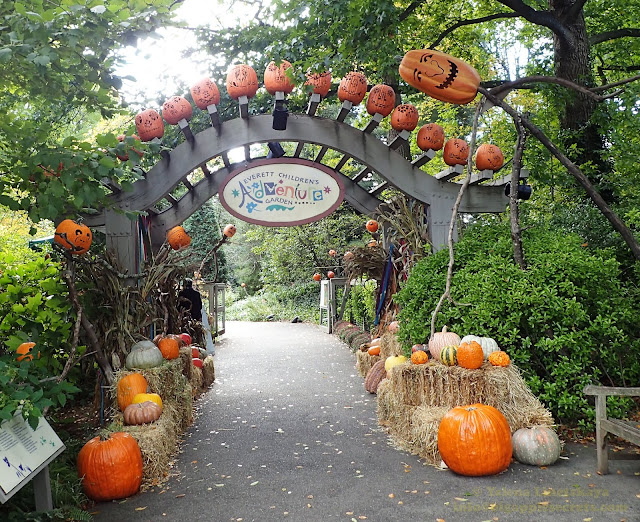