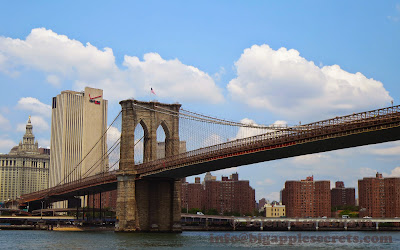 It took more than a decade to build this bridge,  it cost the life of its designer, and it  was constantly criticized by skeptics who predicted the entire structure was going to collapse.  When the bridge   opened  132 years ago,  on May 24, 1883 the world took notice and the entire United States celebrated.  Do you know what bridge  I'm talking about?  Yes- you are right -  this post is about Brooklyn Bridge. 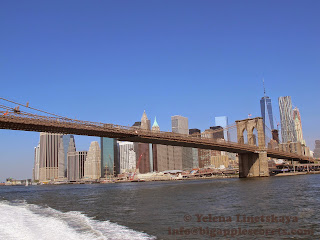 Before the Brooklyn Bridge was built, there was no way to cross the East River from Brooklyn to Manhattan, or Manhattan to Brooklyn, except by boat.   There was a ferry system, but  the ferries were  too small and too slow, and there were not enough of them. In the winter, the East River sometimes froze, making ferry travel impossible. Since the ice rarely froze solid enough to walk over, traveling over the river was virtually impossible.  Walt Whitman, an American poet, who founded  a weekly newspaper Long-Islander,  wrote his great poem "Crossing Brooklyn Ferry" before the bridge was built:

The current rushing so swiftly, and swimming with me far away;
The others that are to follow me, the ties between me and them;
The certainty of others--the life, love, sight, hearing of others.
Others will enter the gates of the ferry, and cross from shore to shore;
Others will watch the run of the flood-tide;
Others will see the shipping of Manhattan north and west,
and the  heights of Brooklyn to the south and east;
Others will see the islands large and small.


Ideas for many different types of bridges and tunnels were discussed for more than 50 years before the Brooklyn Bridge was built. There was even an idea for a bridge that would float on the water. he bridge was initially designed by German immigrant John Augustus Roebling, who had previously designed and constructed shorter suspension bridges. 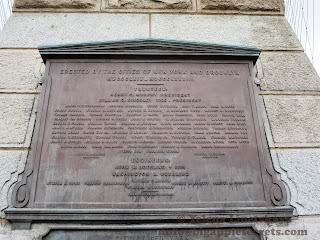 Roebling was born   in 1806  in Mülhausen, Prussia — now part of Germany.  He  received an excellent education ,  learned French  ,   studied architecture and engineering and became fascinated with suspension bridges.   John immigrated to America at age 25 with his brother Karl and other Germans. They settled in western Pennsylvania and founded a farming village they called Saxonburg  in Butler County  near Pittsburgh.    Johns ' eldest son Washington Roebling joined him in his work, and in the 1850s and 1860s they built four suspension bridges. 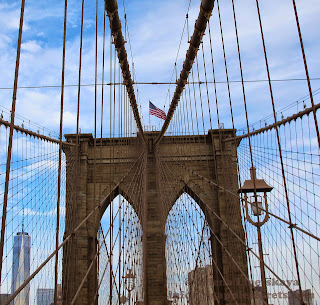 In 1867 Roebling started design work on what is now called the Brooklyn Bridge.  Two years after  in 1869, just three days after construction began, Roebling's foot was crushed while determining the exact location of the bridge's tower. Suffering from  infection, Roebling died 2 weeks later.    His  son Washington    with help from his wife Emily  continued  direct control over the Brooklyn Bridge's construction.  Under her husband's guidance, Emily studied calculus,   the strengths of materials, bridge specifications, and the intricacies of cable construction. 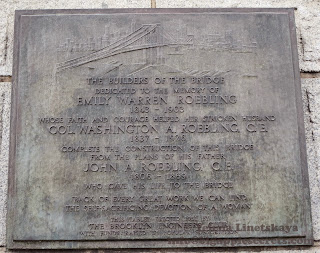 Washington made several important improvements on the bridge design.   He designed the two large pneumatic caissons that became the foundations for the two towers. Working in compressed air in these caissons under the river caused him to get decompression sickness   crushing his health.  He became paralyzed and was bound to a wheelchair as a paraplegic for the rest of his life. Unable to work anymore, Washington Roebling could do nothing but sit in his bedroom at his Brooklyn Heights apartment and watch the construction of his family’s masterpiece through a telescope. 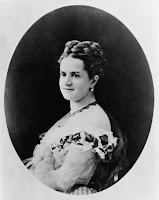 His wife Emily   not only cared for her husband, but also became his “assistant engineer”.  She oversaw the daily running of the bridge’s construction, she relayed Washington’s orders to his on-site assistants and made sure that everything ran as smoothly as possible. 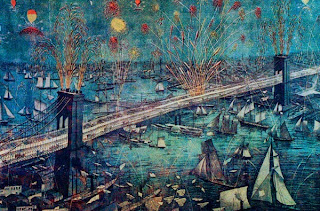 The Brooklyn Bridge was completed in 1883.   A  delegation including the mayor of New York and the President of the United States, Chester A. Arthur, walked from the New York end of the bridge to the Brooklyn tower, where they were greeted by a delegation led by Brooklyn's mayor, Seth Low.  Emily  Roebling was to be the first person to cross the bridge.    Shops closed, bells tolled and people from all over came to witness this grand event.  Massive fireworks display lit the sky at that night 132 years ago, on May 24, 1883.