General Society of Mechanics and Tradesmen

General Society was formed In November 1785 when  twenty-two   independent master cabinetmakers, shipbuilders, marble carvers, and shoemakers  met  in  the tavern on Pine Street ( then known as King Street)  in downtown Manhattan to found a society for mutual aid. The end of the 18th century was a   difficult time for New York City .   Last British troops and many Tory supporters and collaborators departed in November 1783. City was heavily damaged by war,  occupation and a massive fire.

The goal of the new organized group   was  to help each other out in times of need.  In  The General Society opened one of NYC’s first tuition free schools,  that would become later in 1820 the Mechanics Institute, .  At that time    there were  only two  free schools were to be found in the whole New York city - one in the almshouse, and the other open only to the children of freed slaves. 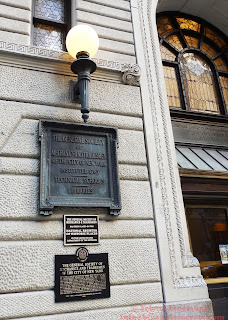 The  school opened with seventy students.  Children of members were admitted free of charge, and a small fee was required from all others. Later that same year the Society added a separate school for girls. The school, which became the Mechanics Institute in 1858, continues to provide tuition-free evening  instruction to individuals who are employed in the building and construction. 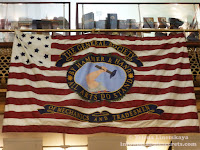 Between 1898 and 1903, Andrew Carnegie, a member, contributed over half a million dollars to The General Society. Generous gifts to create our present school came in from other members as well, and by 1913 enrollment at Mechanics Institute had reached 2,300.Today, the school has more than 180,000 alumni. 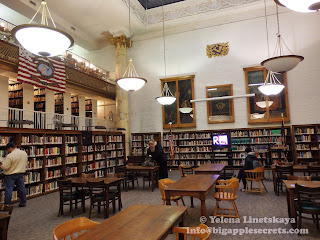 The Library was established in 1820 - at the same year as the school.  By the end of the 19th century the Library had become the largest free circulating library in New York City. The Library now has more than 100,000 volumes of fiction, non-fiction, trade, and technical-related research materials. 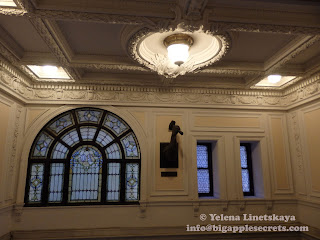 The French observer Chevalier in 1830 made this comment about the American mechanic and tradesmen: "He dresses like a member of Congress, and his women-folk dress the same as those of a wealthy New York merchant. His house is warm, neat, and comfortable; his table almost as plentifully provided as that of the wealthiest fellow-citizen."


In 1885, the Society celebrated a landmark 100th birthday.  A banquet was held at Delmonico's Restaurant ( the first restaurant in New York- you can find details in my post).     The Society's growth continued, and in 1899 the organization moved to the current home at 20 West 44th Street. 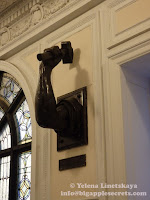 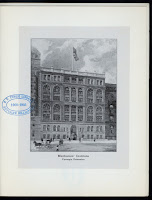 Previously the building on West 44th belonged to  the private Berkeley School.  The School was organized In  1880 by   John S. White, a Harvard classics scholar. Eleven years later he built a four stories high and 100 feet wide house at 20 West 44th Street.

According to an 1893 article in a magazine called The Cosmopolitan, seniors in the school took five hours a week each of Greek, Latin, rhetoric and math, as well as English, French and science. Military practice was required for the 292 boys — the ground-floor drill hall is still intact, though it is now used as a library — and the cost was $350 per year. The 1893 edition of King’s Handbook of New York City reported that 90 percent of Berkeley graduates had gone to Harvard, Yale, Princeton or Columbia. In 1903 Dr. White declared bankruptcy and  Berkeley School passed out of his hands. The building was sold and remodeled for the Society of Mechanics.
The Society is also home to the John M. Mossman Lock Museum. I will tell about the collection of the locks, one of the largest in the world, in one of my next pots.