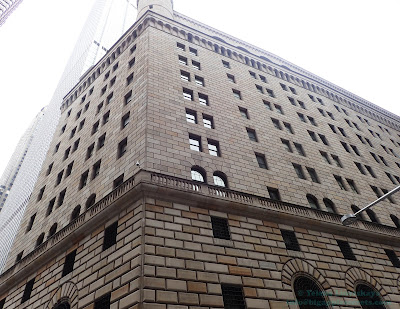 The Panic of 1907 was the first worldwide financial crisis of the twentieth century. York Stock Exchange fell nearly 50% from its peak in the previous year. At that time Unites States was the only one of the world’s major financial powers without a central bank.   J.P. Morgan organized private sector investments and lines of credit to stabilize the banking system amid its latest panic. 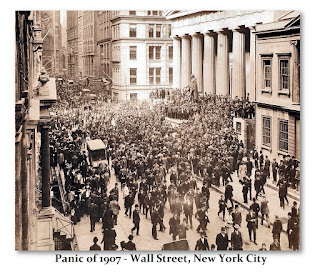 President Woodrow Wilson signed the Federal Reserve Act on December 1913, culminating three years of discussion and debate the development of a central bank.
The Federal Reserve Act intended to establish a form of economic stability in the United States through the introduction of the Central Bank.  The U.S. Federal Reserve System or the “Fed” (of which the twelve regional Federal Reserve banks are a part) was created by an Act of Congress   in a response to    a crises. 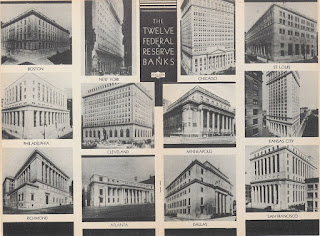 The Federal Reserve Bank of New York Building at 33 Liberty Street occupies the full block   in the Financial District of Manhattan. The building reaching fourteen stories tall with five additional floors underground was built  from 1919 through 1924.   Architecturally, the building is reminiscent of the Italian Renaissance palazzos  such as the Strozzi Palace in Florence  and the Palazzo Vecchio, the town hall   in Florence.     When it was completed in 1924, the New York Fed was the largest bank structure in the world. In June 1924, the 2,600 officers and employees of the Federal Reserve Bank of New York began moving into the facility. 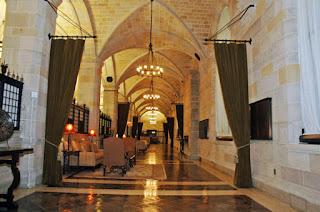 The building also hosts a vault containing the world's largest depository of gold, stored on behalf of numerous government institutions from around the world.  No individuals or private sector entities are permitted to store gold in the vault.  The gold inside the Federal Reserve Bank holds 25% of the world’s gold reserves. Nearly 98% of the gold at the Federal Reserve Bank of New York is owned by the central banks of 36 foreign nations. 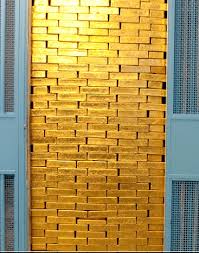 It takes a combination of highly trained individuals and top-notch technology to protect all of that gold. Nearly all of the security employees maintain an expert qualification in all three weapon types - handguns, shotguns, and rifles.

The vault itself can only be accessed via a 90-ton revolving steel cylinder. If anything is tripped, guards are signaled to seal the entire building – which takes less than 25 seconds.
New York does not charge foreign nations a storage fee for their gold.  The rest is owned by the United States and international organizations.  The New York Fed is the only one of the 12 Federal Banks to store gold. 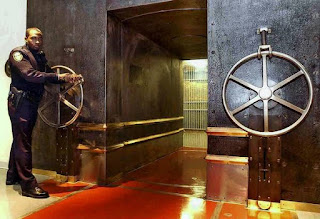 During constriction the Bank’s triple-tiered vault system was lowered to the bedrock foundation,  80 feet (24 m) below street level and 50 feet (15 m) below sea level —one of the few foundations considered adequate to support the weight of the vault, its nine-foot door and door frame (weighing 90 and 140-tons, respectively).
Much of the gold in the vault arrived during and after World War II as many countries wanted to store their gold reserves in a safe location. Holdings in the gold vault continued to increase and peaked in 1973, shortly after the United States suspended convertibility of dollars into gold for foreign governments. At its peak, the vault contained over 12,000 tons of monetary gold.

As of 2015, the vault housed approximately 508,000 gold bars, with a combined weight of approximately 6,350 tons.
Guided tours of the building are offered every weekday. Reservations are available at a first-come, first-served basis 30 days in advance on a rolling calendar and there is no waiting list. Tours fill up very quickly. No photos or videos are allowed.