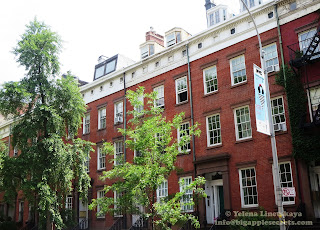 Robert Cushman was born in 1577 in  England.  He was an important leader and organizer of the Mayflower voyage in 1620. The Cushman family has been involved in New York real estate for seven generations.   Robert was the  ancestor  of a    dry goods merchant  Don Alonso Cushman,  who was a friend of   Clement Clark Moore . According to the legend Moore  wrote a   classic poem about jolly old St. Nick as a Christmas present for his six young children. 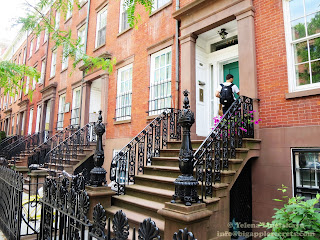 Don Alonzo Cushman  built  the townhouses that are today known as   Cushman Row for his daughters. The seven houses   were built by in 1839-40.  Cushman’s descendants pursued real estate development as well, and a great grandson founded  the Cushman & Wakefield real estate services company.


Over the decades, Cushman has played a major role in the development, leasing and sales of many of the city’s signature skyscrapers, although in recent years it has lost its place as the city’s top real-estate firm.   In the 1940s   Cushman helped William Zeckendorf Sr. assemble the site for what eventually became the United Nations. 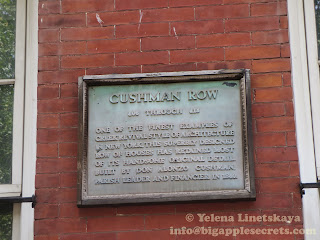 John Cushman, grandson of the firm’s co-founder, started working at Cushman in 1961 and is still there.
Cushman’s time in Chelsea was remembered by his granddaughter Pauline Sainsbury in her book, ”Cushman Chronicles — a Tale of Old Chelsea,” in 1932.