Halloween 2016 is nearly upon us. Abrakadabra! 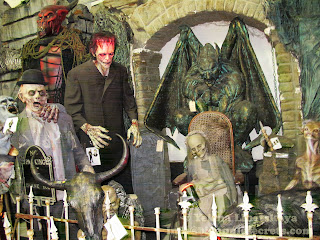 Most of strange and bizarre traditions  associated with Halloween, like wearing masks and knocking on strangers' doors, probably came courtesy of the Christian holiday Hallowtide, or Hallowmas. Hallowmas included All Saints' Eve, All Saints' Day and All Souls' Day, and was a time for praying for the souls of the dead.

Halloween arrived in the United States and Canada with the Celtic immigrants of the 19th century. Ireland's potato famine sent immigrants to North American shores, and their Halloween celebrations were at first viewed as an ethnic oddity. 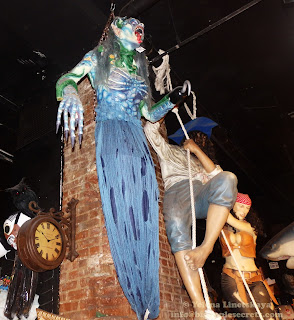 
The National Retail Federation (NRF) has been conducting its annual Halloween survey since 2003 to see how Americans will celebrate the fright and delight of this beloved autumn holiday. 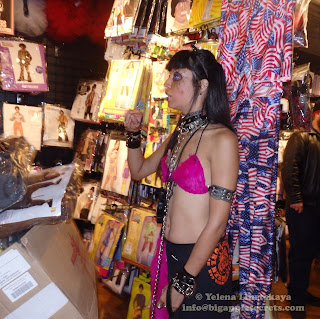 More than 171 million Americans plan to celebrate Halloween this year, spending an average $82.93, up from last year’s $74.34, said NFL. Total spending is expected to reach $8.4 billion, an all-time high in the history of NRF’s annual survey conducted by Prosper Insights. The survey finds that 7 in 10 consumers plan to hand out candy, and nearly half will decorate their home or dress in costume. 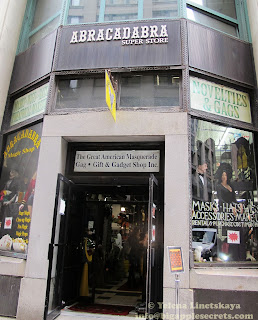 But Halloween is no longer just for the kids and those with kids, and retailers can be a part of the action by helping consumers find everything they need to enjoy a seasonal party.
There are a lot of stores  in New York where you can by everything  you  need for Halloween. This year I visited   two of them that are considered among top ten best shops for Halloween in New York. These  stores  are  in East Village  and are close to each other , just 20 minutes by foot. 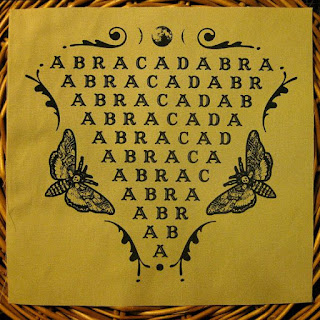 The first one is the store  with a very funny name "Abrakadabra".  Really strange name,  isn't it? The best-known use of this invocation of late would be the “Avada Kedavra” or “Killing Curse” in J.K. Rowling's popular magical fantasy Harry Potter book and movie series.
“Harry Potter, the boy who lived... come to die. Avada Kedavra!,” screams Lord Voldermort in "Harry Potter and the Goblet of Fire" .


Look what Wikipedia wrote about the origin of the word.  The word may have its origin in the Aramaic language. The first known mention of the word was in the third century AD in a book called Liber Medicinalis.    A physician to the Roman emperor Caracalla prescribed that malaria  sufferers wear an amulet containing the word written in the form of a triangle. 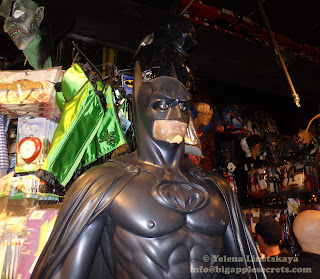 It is impossible to say now why  this funny word was chosen as a shop name   30 years ago  when the shop  started   on Christopher Street.  In 2007 two  brothers Robert (Bob) and José (Joe) Pinzón's  bought the shop and  transformed this mom-and-pop shop into a Halloween emporium.


The brothers say they trace their roots to the Pinzón brothers, who owned and captained the Pinta and the Niña, the two vessels that escorted Christopher Columbus' Santa María in his journey to what later became known as America
With Halloween approaching, the brothers are  ready for an avalanche of orders and customers of all ages. 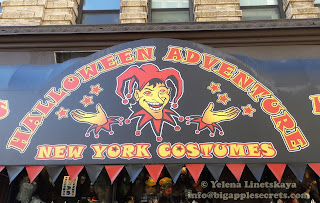 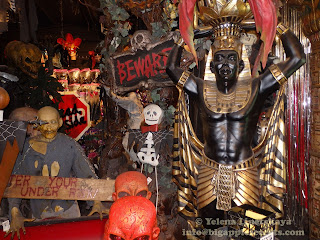 A  wide selection of prepackaged costumes and a huge children’s section are      along with tons of accessories are located on two floors.  A visit to this massive costume, prop and magic mecca can be overwhelming—luckily, the store provides a handy map of its two-level space.


Both  stores stays open late in October, making this a good stop for the truly last minute costume. 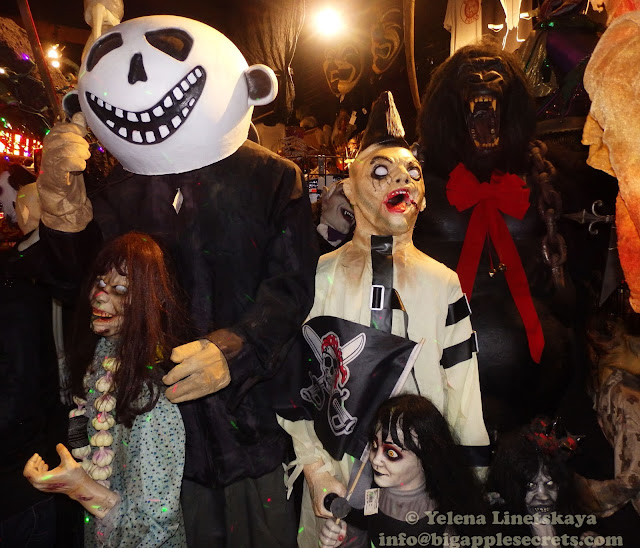 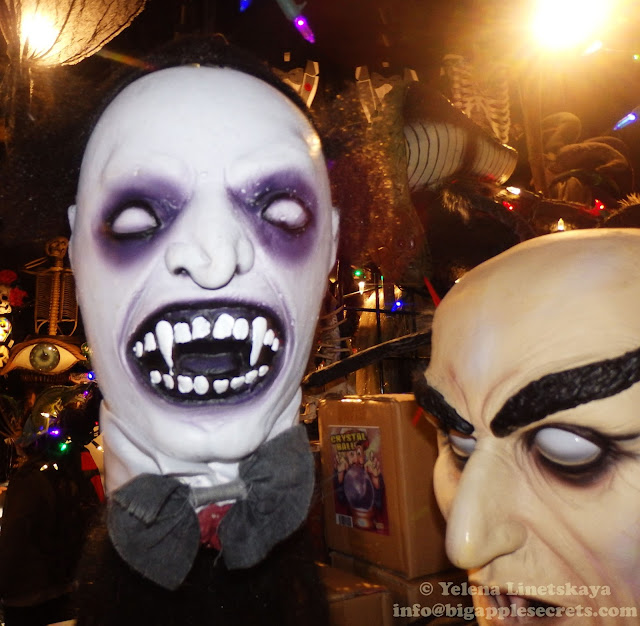 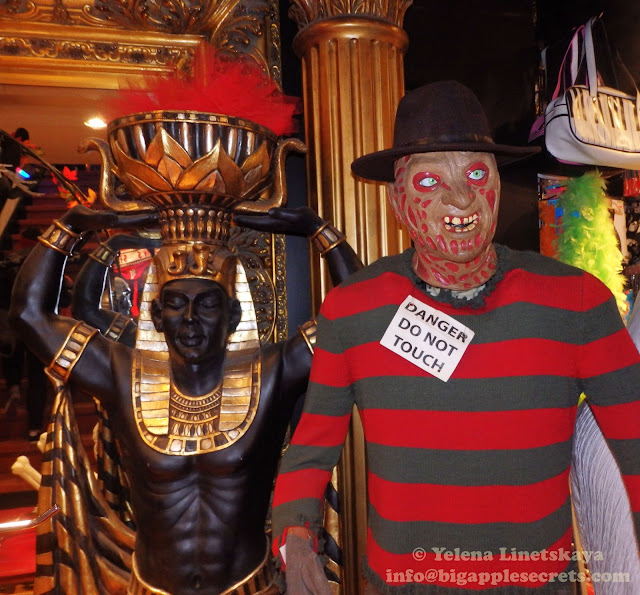 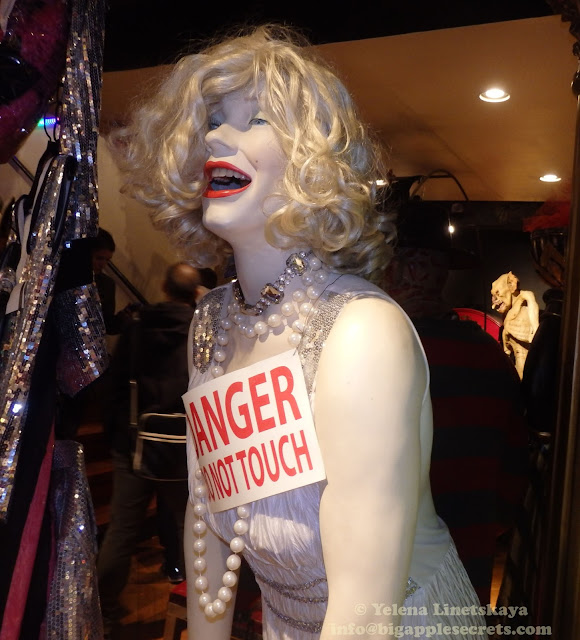