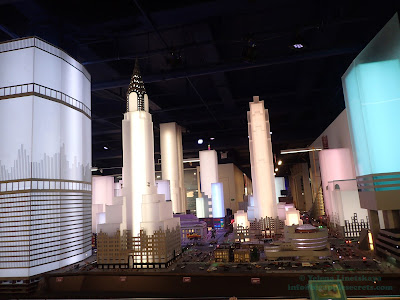 In April this year the  Big Apple welcomed  a new  exhibit of 300 miniature scenes of landmarks and towns from 50 countries around the world. Gulliver's Gate is located on Times Square, Midtown Manhattan in the heart of New York City. Times Square  has earned the nickname “Crossroads of the World.” and is one of the world’s most visited place  with annual visits estimated to be 39 million people a year. 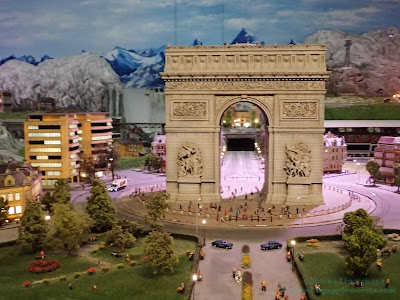 Lemuel Gulliver   is the fictional protagonist and narrator of Gulliver's Travels, a novel written by Jonathan Swift, first published in 1726. The full title  of a novel is "Travels into Several Remote Nations of the World. In Four Parts. By Lemuel Gulliver, First a Surgeon, and then a Captain of Several Ships".
During his first voyage, Gulliver is washed ashore after a shipwreck and finds himself a prisoner of a race of tiny people , who are inhabitants of the island country of Lilliput. The word lilliputian has become an adjective meaning "very small in size". 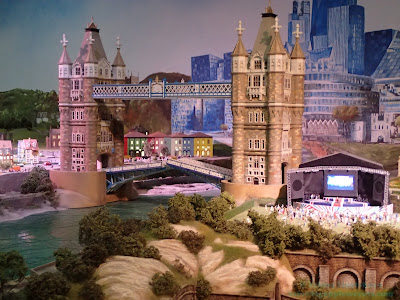 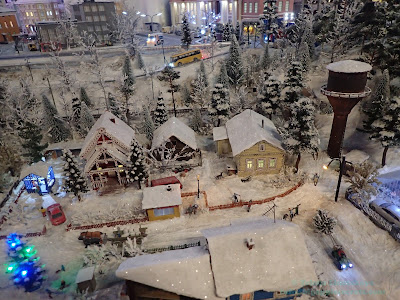 You will also find Island, a model inspired by The British Isles, and Winter land, a model inspired by regions of Russia, size up the Eiffel Tower and more. The snow in the Winterland model is as plentiful as the whimsical scenes that surround the famous buildings of Moscow and Saint Petersburg. Visit the Taj Mahal, the Great Wall, see the Forbidden City and a military parade near Tiananmen Square.
The details  of the models are really amazing!  You  can   spot the firefighters high-fiving each other as they rescue a cat from a tree in New-York and  the man walking a bear on a leash on the steps of the Old St. Petersburg Stock Exchange. 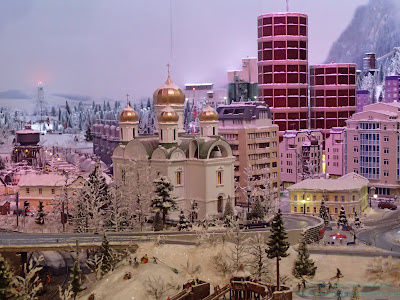 Gulliver’s Gate was spearheaded by Israeli entrepreneur and miniature lover Eiran Gazit , the creator  of  Mini Israel  park   near Latrun, Israel in the Ayalon Valley.
Gazit   conceived the idea  of  Mini Israel  park after visiting the famous miniature town of Madurodam in the Netherlands in 1986. Mini Israel, consisting of     350 buildings and landmarks, 30,000 figures, 500 animals and   15,000 real trees opened in November 2002. 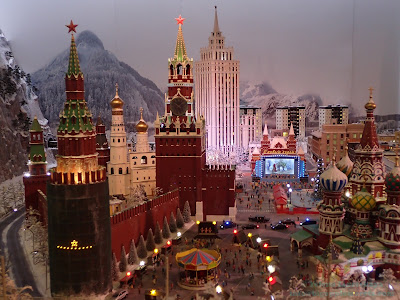 Born in Israel, Gazit moved to the US in 2005, and shortly thereafter became the co-owner of the Gateways Inn in Lenox, Mass.  In 2007  Gazit  met  fellow miniature lover and co-developer  Michael Langer.
For Langer, the project  Gulliver's Gate marks a move toward more ambitious development. E&M Management, a Flatbush-based real estate investment firm that owns about 10,000 rental apartments in the city, renovated multifamily and office buildings in the past, Langer said.
Together Gazit and Langer   set off courting investors and even launched a Kickstarter campaign in 2014 to help make the miniature world in New York a reality. 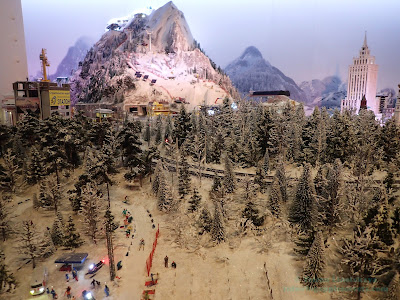 “There are overlays of time periods and different stories being told. This world is very nice. It’s very utopian. There are no hospitals, no walls, no tragedies. It is the world as we would like it, not as it is,” said Eiran Gazit.  “Each region has its own tone, its own flavor, its own feel. I wanted the teams to reflect the country, to keep the authenticity".
A retired IDF officer, 62-year-old Gazit was born in Jerusalem and grew up in England. He remembers first falling in love with models during his childhood in the UK. “I had hundreds of model airplanes in my bedroom,” he said. 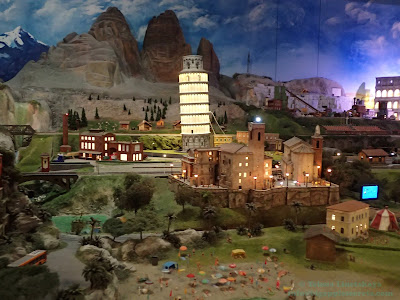 The two-story space sits at the base of the former New York Times Building and has the address of 216 West 44th Street. Kushner Companies managed by Jared Corey Kushner ,  son- in law of  the President Donald   purchased the retail portion of the building in 2015 for $296 million.
When you enter Gulliver’s Gate, you can get a personalized metal key that’s yours to keep. Your key allows you to interact with and control the models bridging the gap between you and the display.
The project cost $40 million and was built over a 16-month period.  Every model was  done in different country

There is a 3D   scanning room where you can get the  scan of yourself as a full-color 3D print. You even can become a Model Citizen when this mini model of yourself is placed at Gulliver’s Gate in the location of your choice!
Gulliver's Gate  is open every day form 9AM till 10PM in summer through September.  Winter hours are 8AM-8PM. The price is $36  for adult  and $27 for seniors and kids older than  2.
I found an excellent deal on Travelzoo- $25 for the ticket and even better-$95 for 4!  But you have to   grab it while supply  lasts! 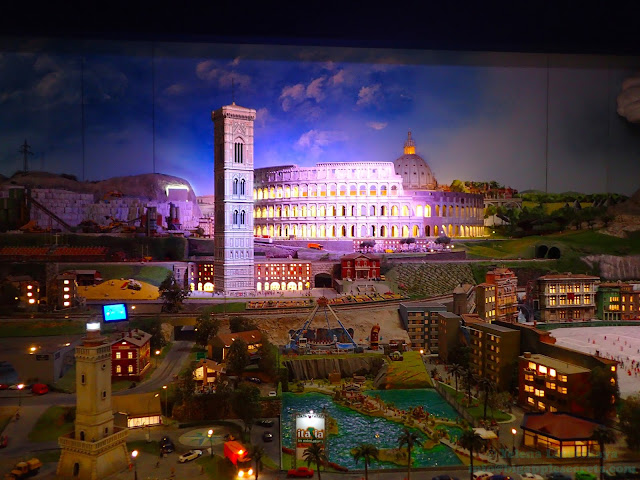 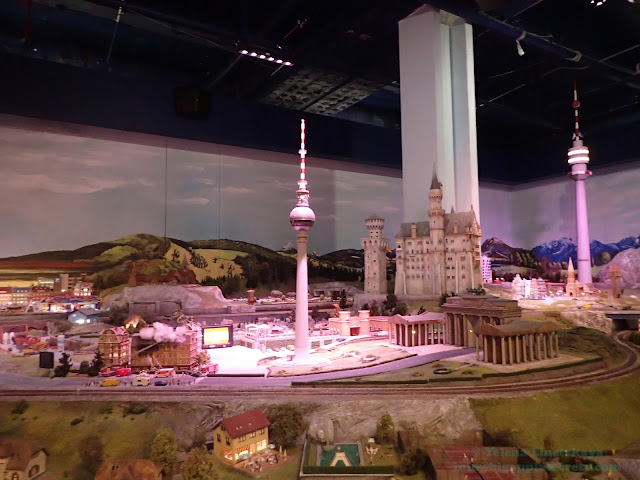 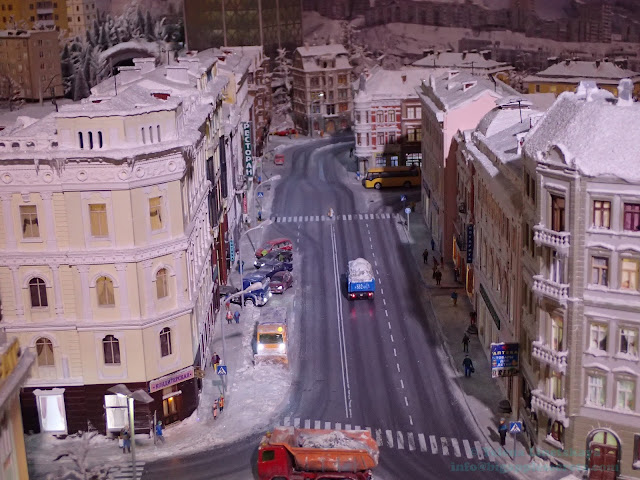 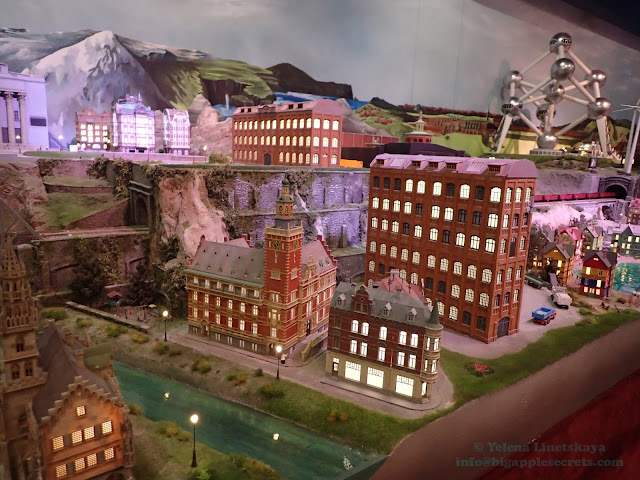 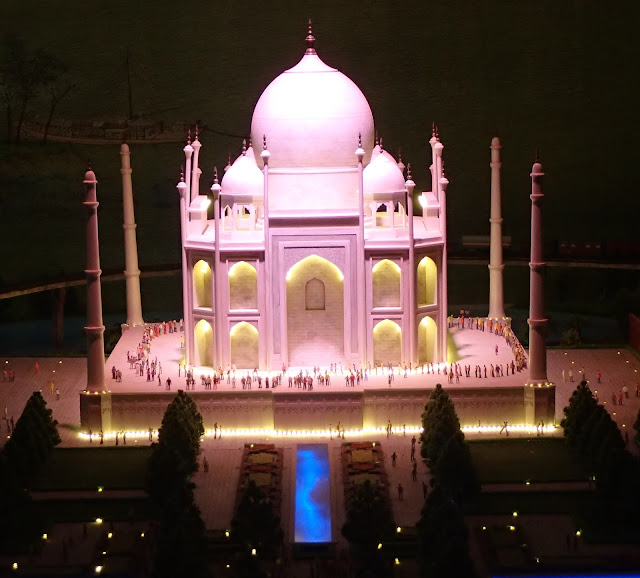 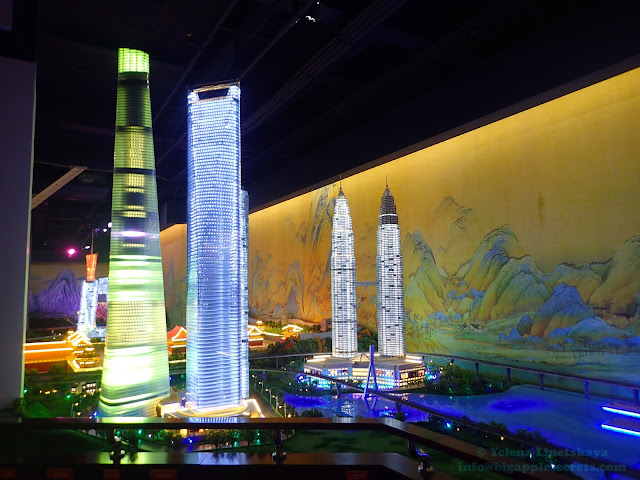 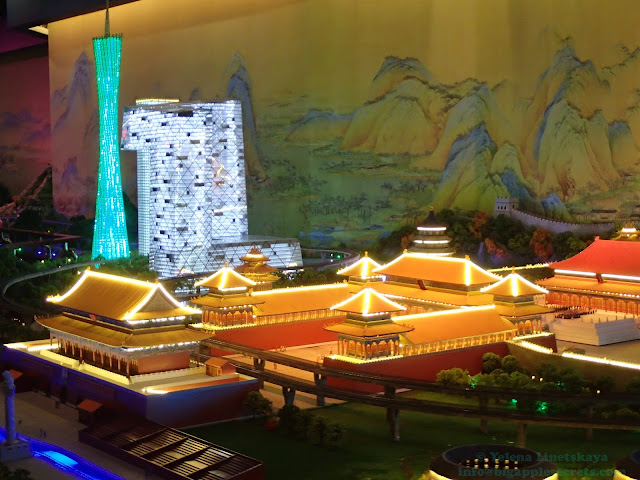 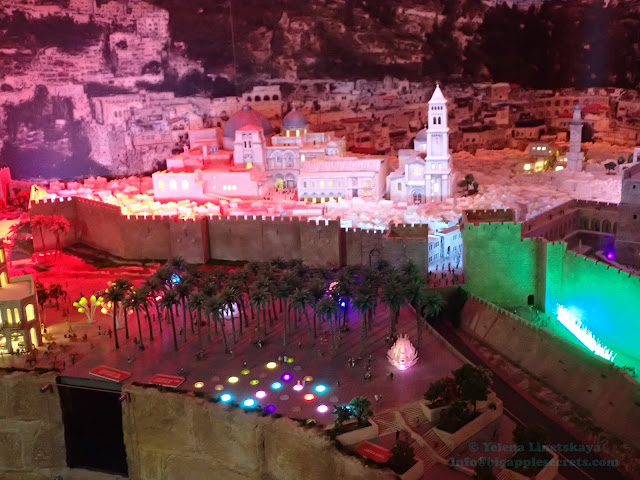 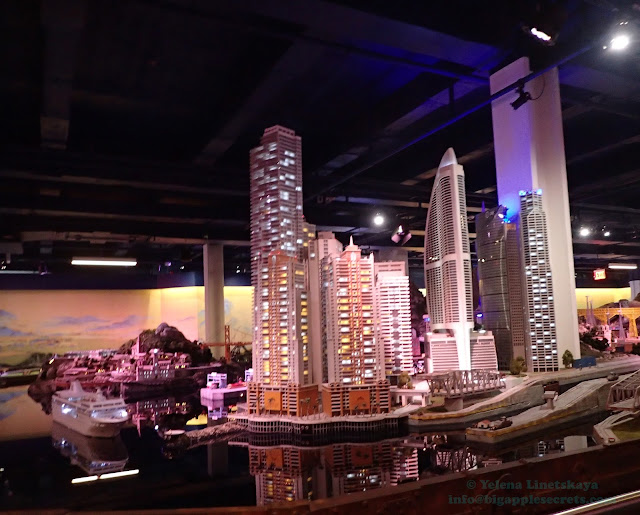 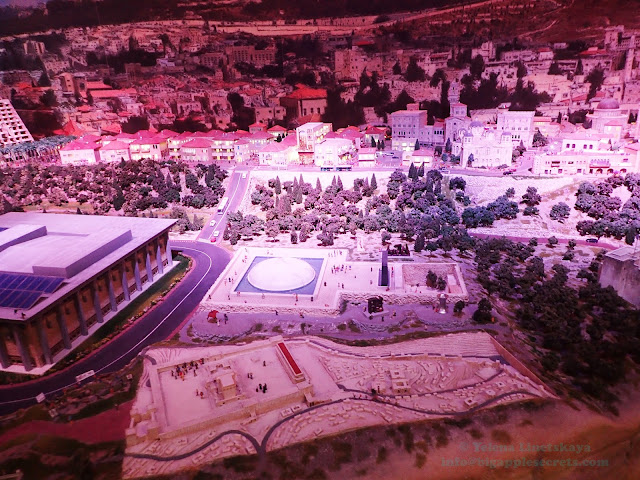 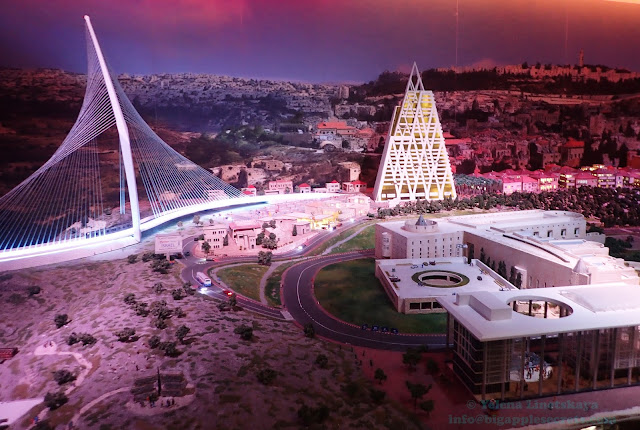 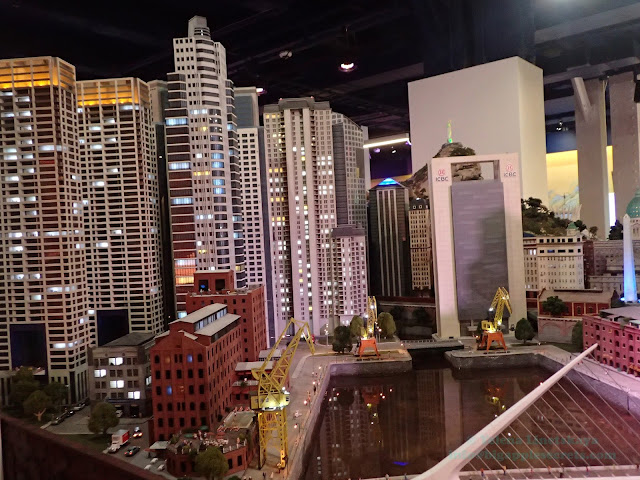 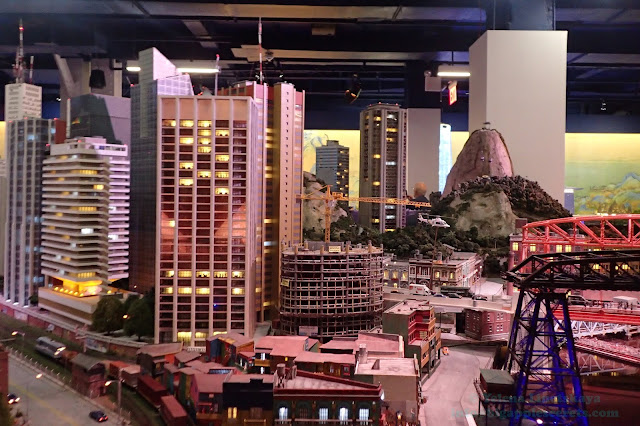