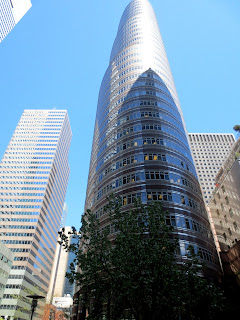 The tower on 53rd at Third  has a nickname "Lipstick Building" for its shape. It features a pedestrian plaza surrounded by a ring of two-story red granite columns. It was built in 1986 and has 34 floors.

At three levels, blocks of the Lipstick Building recede as part of Manhattan's zoning regulation in which the building is required to recede within its spatial envelope, to increase the availability of light to street level. The result is a form that looks as though it could retract telescopically.


The shape, which is unusual in comparison to surrounding buildings, uses less space at the base than a regular skyscraper of quadrilateral footprint would use. ,Wiki wrote 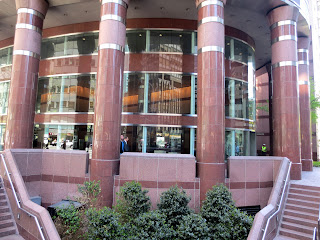 As Published in NY POST, " The land under the Lipstick building is up for grabs — and could attract record pricing" The asking sale price was not disclosed.
Unusual shape is one of the reasons to pay attention to this building.  The 17th floor of this  building was the  epicenter of the largest Ponzi scheme in history.

The Ponzi scheme generates returns for older investors by acquiring new investors and promises high rates of return with little risk to investors.


These schemes collapse on when there are no more new investors.  Such scheme was named after Charles Ponzi, a Italian businessmen  Boston who was first to use a scheme in 1919.  Ponzi started his own company, the "Securities Exchange Company," to promote the scheme.

One of the largest Ponzi  schemes in 20-th century was implemented by the Sergey Mavrodi, the founder of the Russian company МММ.  Estimated by different sources of information,  from 5 to 40 million people lost up to $10 billion. The MMM scandal led to increased regulation of the Russian stock market.  Mavrodi was convicted of fraud in 2007 and sentenced to jail.


Since he had already spent over four years in custody, he was released less than a month later. in 2001 Mavrodi created  another pyramid scheme called MMM-2011. 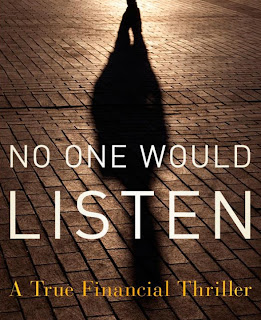 The former chairman of the Nasdaq Bernie Madoff used Ponzi scheme,  that spanned decades and defrauded customers of approximately $20 billion.

Bernie Madoff’s office located on the 17 floor and  had less then  dozen staff members. It was called the “hedge fund” floor. Started his firm with $5,000 he saved from working as a lifeguard.Madoff founded the Wall Street  Investment Securities corporation  in 1960. Madoff said he began the Ponzi scheme in the early 1990s.

In 1999 Harry Markopolos, a securities analyst,  found that  Bernie Madoff was committing monumental fraud. Over the next nine years, Markopolos and his small team   alerted the Securities and Exchange Commission (SEC) to the fraud on five separate occasions, including in a 21-page document titled  “The World’s Largest hedge Fund is a Fraud. Markopolos wrote about these attempts in his book  “No One Would Listen: A True Financial Thriller.”

Madoff was  arrested in 2009 and sentenced to 150 years in prison.. The size and duration of Bernard Madoff’s  Ponzi scheme activity was only possible if he went global.