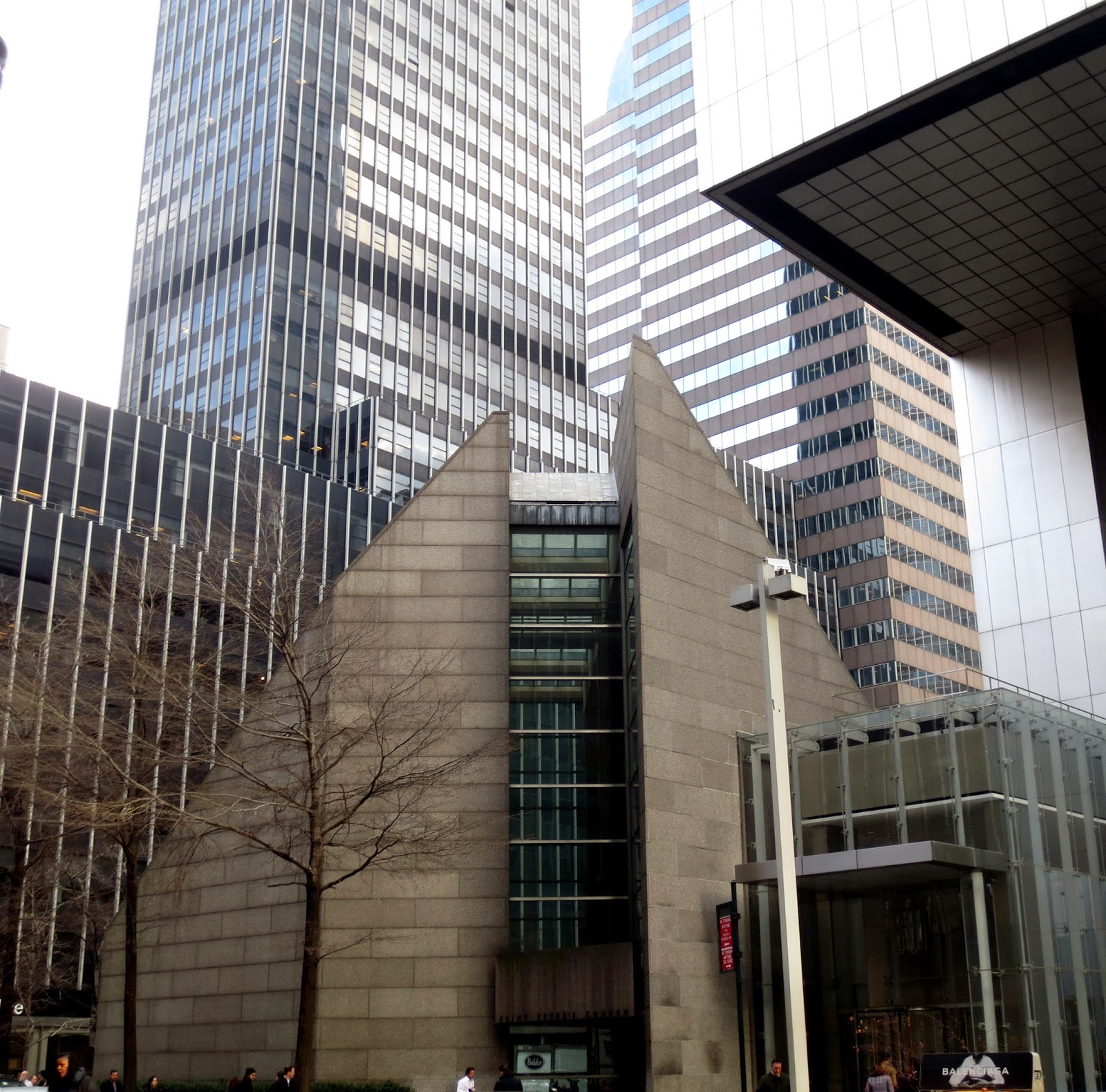 Citigroup Center (601 Lexington Avenue) was built in 1977. The building site is located on the east side of Lexington Avenue between Fifty-third and Fifty-fourth Streets shared the block with St. Peter's Lutheran Church. On its completion the Citicorp building was the seventh-tallest building in the world. You can read the beginning of the story in my old post.


To reduce the building costs original design's welded joints were changed to bolted joints during construction. As designed, the building could sustain a direct, straight-on hit from hurricane-level winds. But if hurricane-speed winds hit two of the four outer walls simultaneously at a 45-degree angle there was the potential for failure due to the bolts shearing. Unfortunately, the construction company never tested it. If the building's tuned mass damper went offline, the necessary wind speeds were predicted to occur every 16 years. 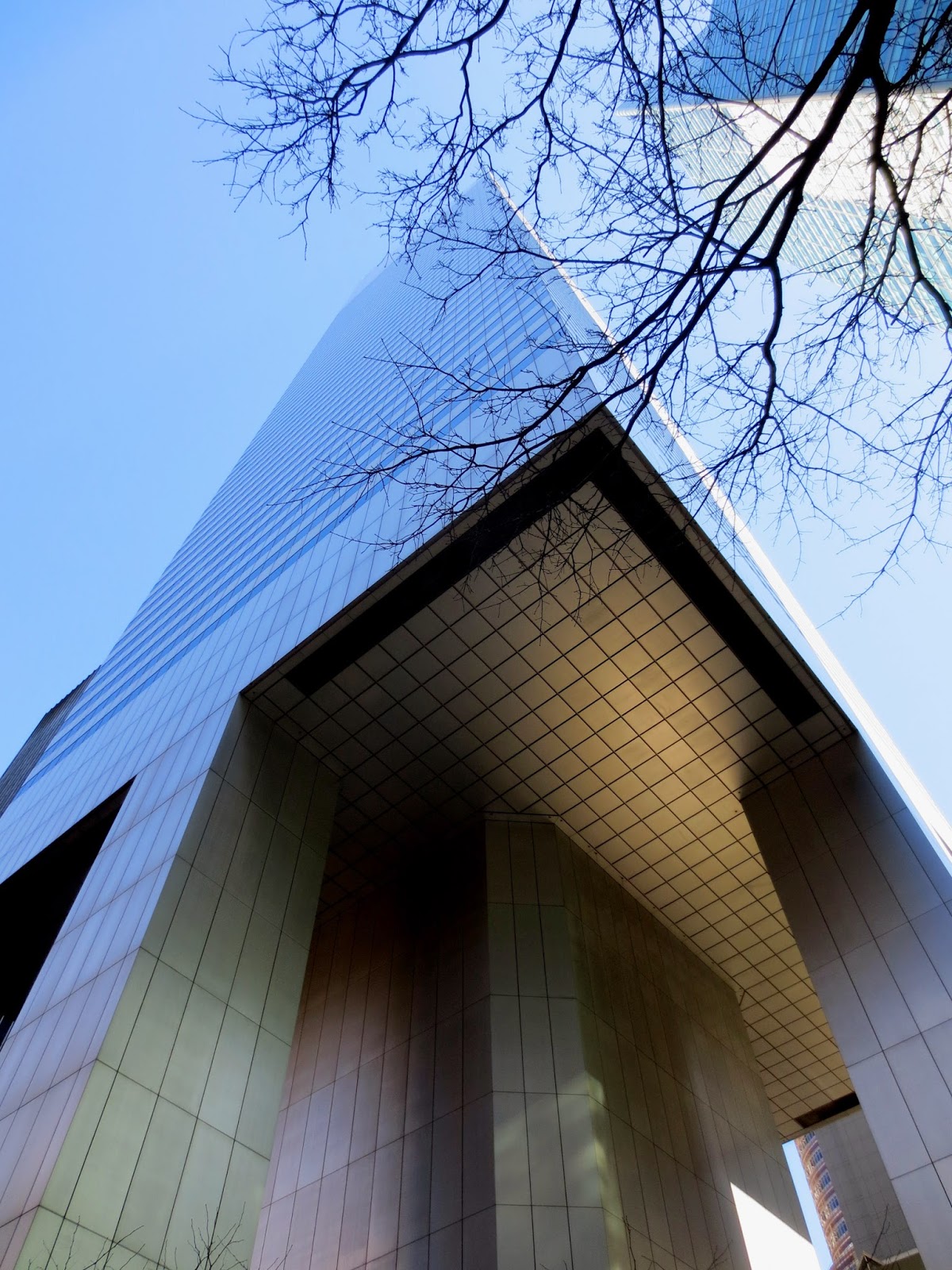 The problem was found in June 1977 at the beginning of hurricane season. The building was in critical danger. The problem had to be corrected quickly. Having 59-story building in the middle of Manhattan which was at risk of such damage was a very big problem. The structural engineer LeMessurier did not publicly report the problem – he reported the problem directly to Citicorp.
The engineer and Citicorp agreed to do the repairs after-hours, and not tell anyone. It took three months for the secret workmen to weld metal steel plates over the bolted-on brackets. Two-thousand Red Cross workers were also brought in to assist with the evacuation plan if needed.

Two months after the secret job had been started  the strongest hurricane on record “Ella” was formed in Canadian waters. By September 1, Ella reached winds of 125 mph and reached Category 4 status. 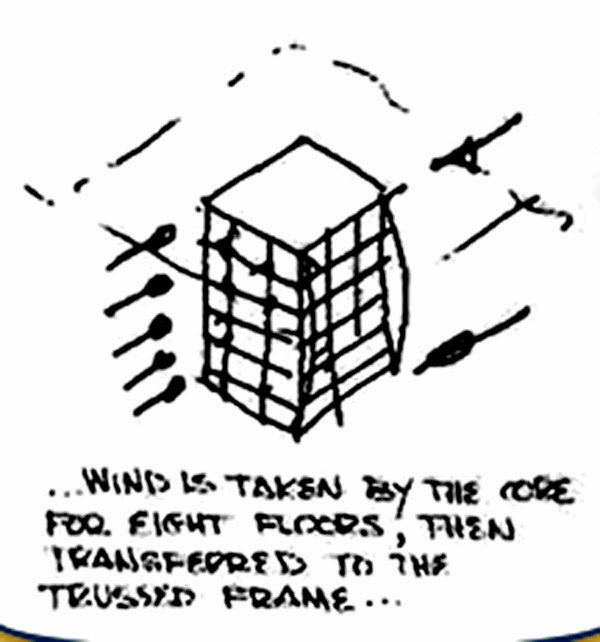 The hurricane became stationary for about 24 hours, and later fortunately turned to the northeast away from the coast. The press was on strike at that time, so news of the repairs did not broadcast to the public. The reinforcements were completed in September of 1978, the  entire structure was re-evaluated for safety and building was found to be one of the most sturdy skyscrapers in the world.

The crisis was kept hidden from the public for almost 20 years. It was publicized in a lengthy article in "The New Yorker" in 1995.

The article entitled "The Fifty-Nine Story Crisis" focuses on the ethical and moral obligations of individuals and companies involved in the construction of a skyscraper.

In 2002, one of the columns was reinforced with blast resistant shields of steel and copper as well as steel bracing to protect the building due to the possibility of a terrorist attack.
In 2009 after 30 years of being known simply as the "Citigroup Center,"  the building was renamed : "601 Lexington Ave." The bank with the headquarters at 399 Park Avenue, occupies just three floors in the 59-story building, the same building where I work now.