In the nineteenth century  Park avenue was not the prestigious address at all. Trains ran up and down the avenue at street level. The avenue was dirty and noisy.


When the steam power trains were converted into  electric power trains and the tracks were moved  underground, wide center medians (now referred to as the malls) were created above them.  Over the years, the width of the malls was reduced in order to accommodate more traffic lanes.  In early 1950s Mary Lasker  began planting begonias, tulips and flowering trees on some of the malls to demonstrate to the City that plants could survive amidst all the traffic and pollution.  In 1970   landscape architect    redesigned  the malls.  Fences and tall hedges were removed.
﻿﻿﻿﻿By 1980 the  city was no longer able to maintain  flower beds   without support from the community. In 1980, with Mrs. Lasker’s encouragement, the Park Avenue Malls Planting Project, the privately-funded beautification program  “The Fund for Park Avenue “ was created. The buildings along the avenue agreed to share the annual cost of planting and maintaining the malls.
﻿ 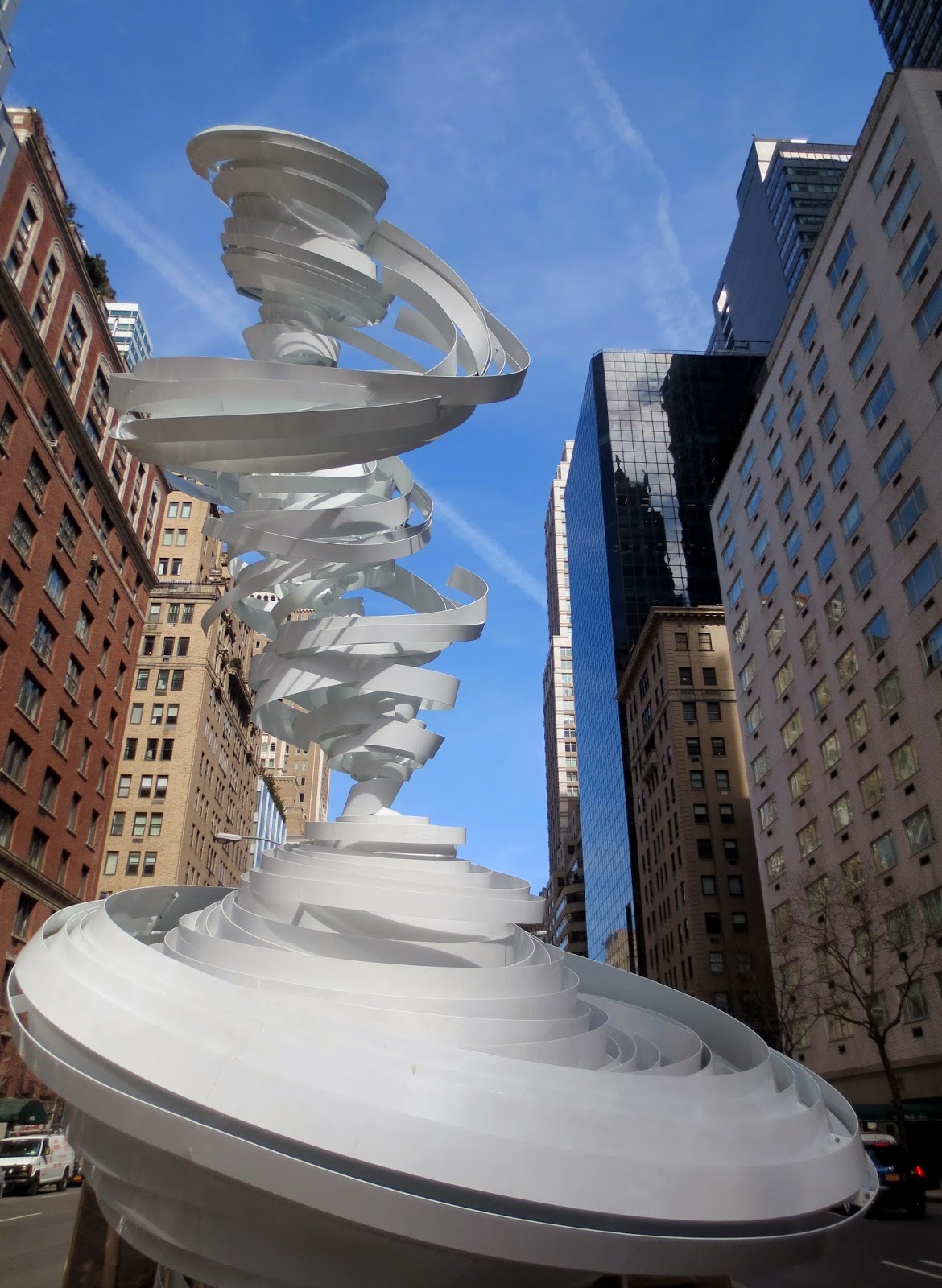 Exhibitions are presented by The Sculpture Committee of The Fund for Park Avenue and the Public Art Program of the City of New York’s Department of Parks & Recreation in collaboration with arts organizations and artists.  The first exhibition was in 2000. One of the best from my view was in 2012 when more than 15 works of the French sculptor  Niki de Saint Phalle, commemorating the 10th anniversary of her death,  were presented.  The Park Avenue installation features a mix of music- and sports-related larger-then-life  sculptures with vivid and eye-catching colors. 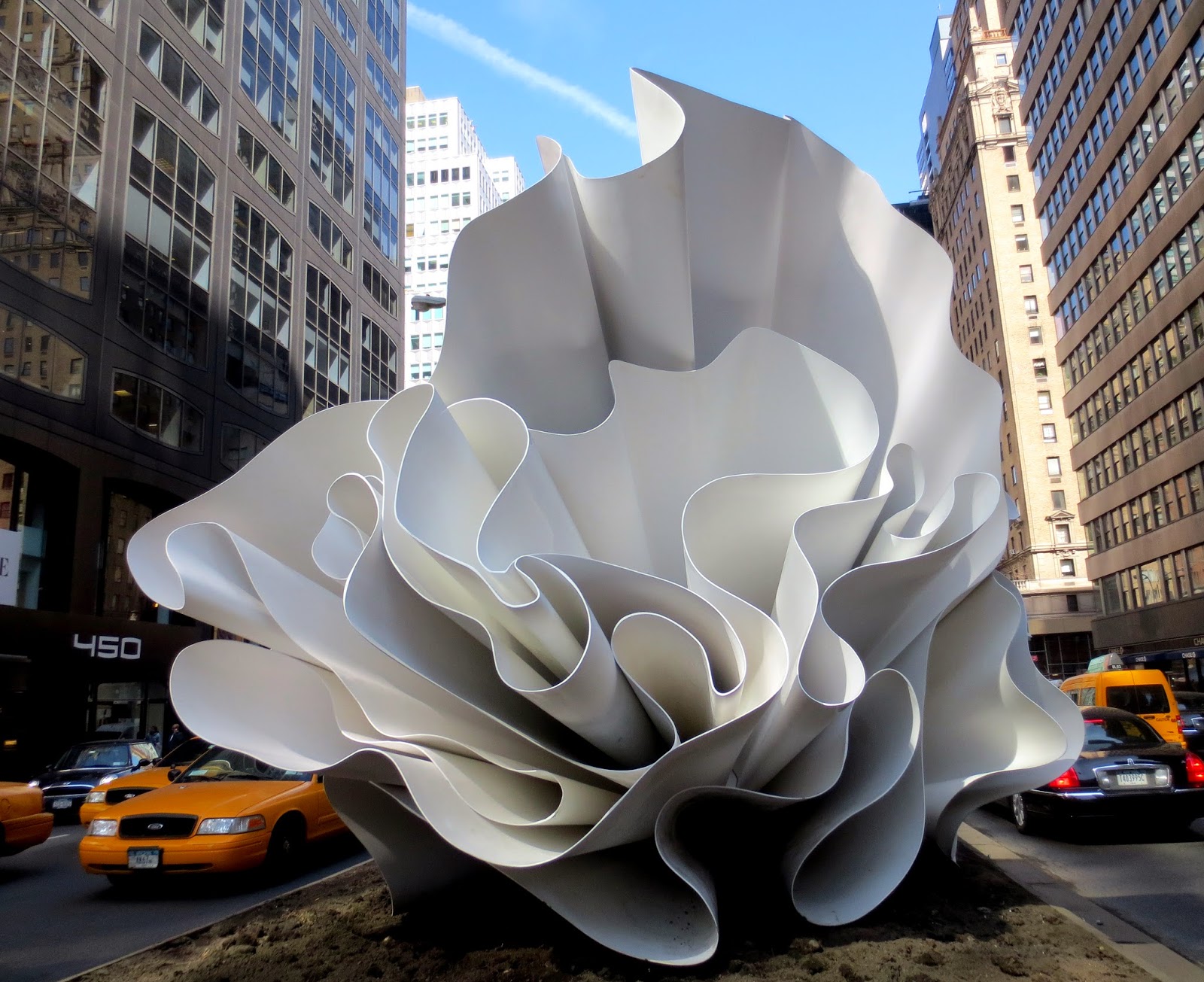 This year all six sculptures by American artist Alice Aycock  are plain white.  Ms. Aycock, whose work is in the collection of the Museum of Modern Art and the Whitney Museum of American Art, made her name creating a hybrid of architecture and sculpture. She  was born in Harrisburg, PA  and had been   exhibited in major museums and galleries nationally as well as Europe and Japan. 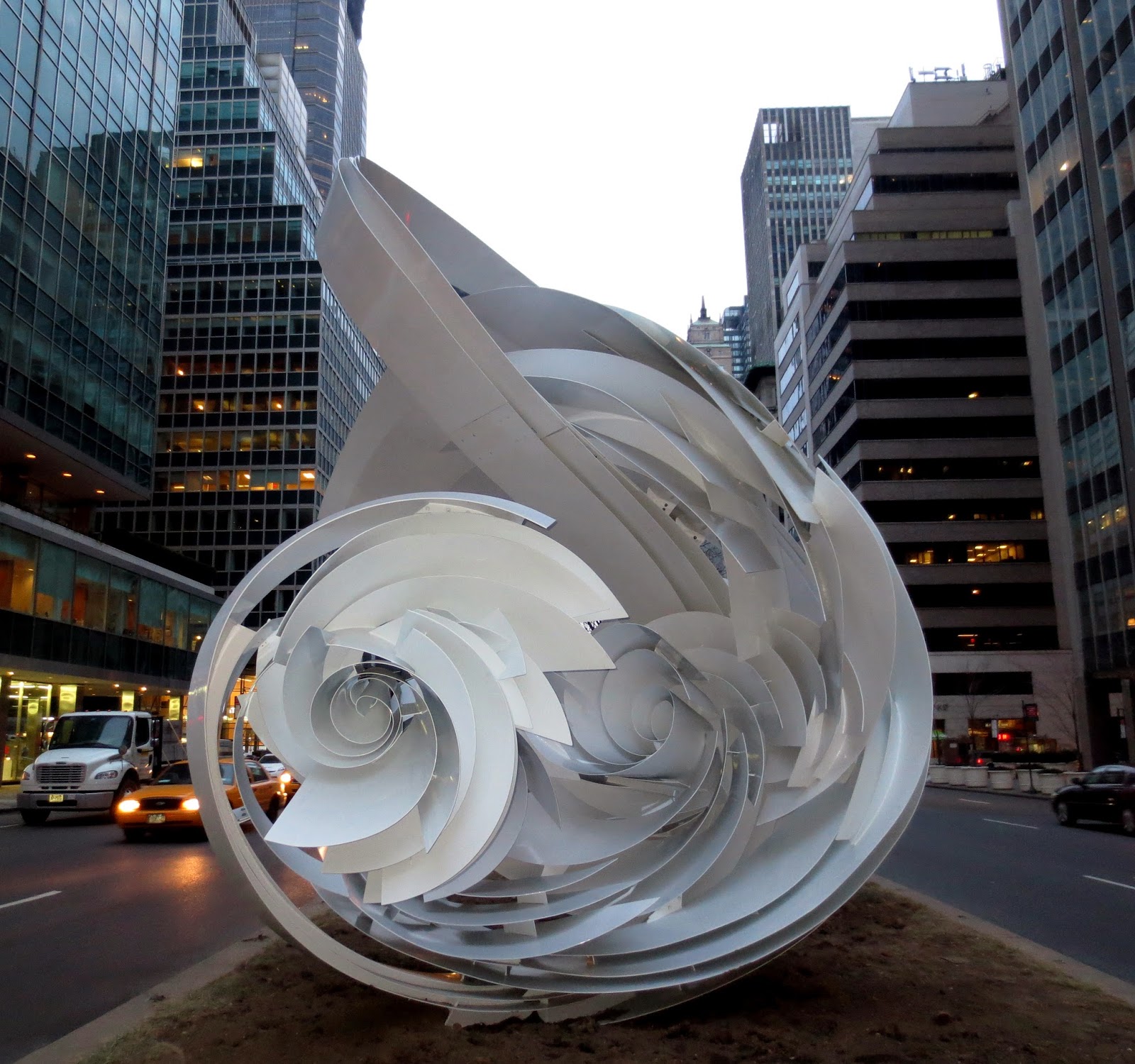 Tatlin’s Tower  was a design for a grand monumental building by the Russian artist and architect Vladimir Tatlin, that was never built.  It was planned to be erected in Petrograd (now St. Petersburg) after the Bolshevik Revolution of 1917, as the headquarters and monument of the Comintern (the third international).

Alice’s  largest sculpture “Maelstrom”  stretches for some 70 feet near the Seagram Building  It is   the largest (longest?)   sculpture in the history installed on the mall. All the works will eventually be sold, as will smaller versions of each piece.
“Honey, I am in heaven,” said Ms. Aycock, 67 to “New YorkTimes”   “When does someone my age get something like this?” she added. “This is like the Piazza San Marco of New York.”