Sutton Place is one of  the most upscale neighborhood in all of Manhattan.  It covers a small area stretching only blocks from 53rd Street to 59th Street, between the East River to Second Avenue right by the Queensboro Bridge.  In the 1870s, a real estate developer named E.B. Sutton constructed townhouses on Avenue A, a street later renamed for him.
Former New York Governor Mario Cuomo(1983 to 1994)  and his son-in-law designer Kenneth Cole live there now.  Aristotle Onassis, Freddie Mercury, Michael Jackson, Bill Blass,   Marilyn Monroe and her then husband Arthur Miller lived there.  Sutton Place has two public parks overlooking the East River, one at the end of 57th Street and the other at the end of 53rd Street. 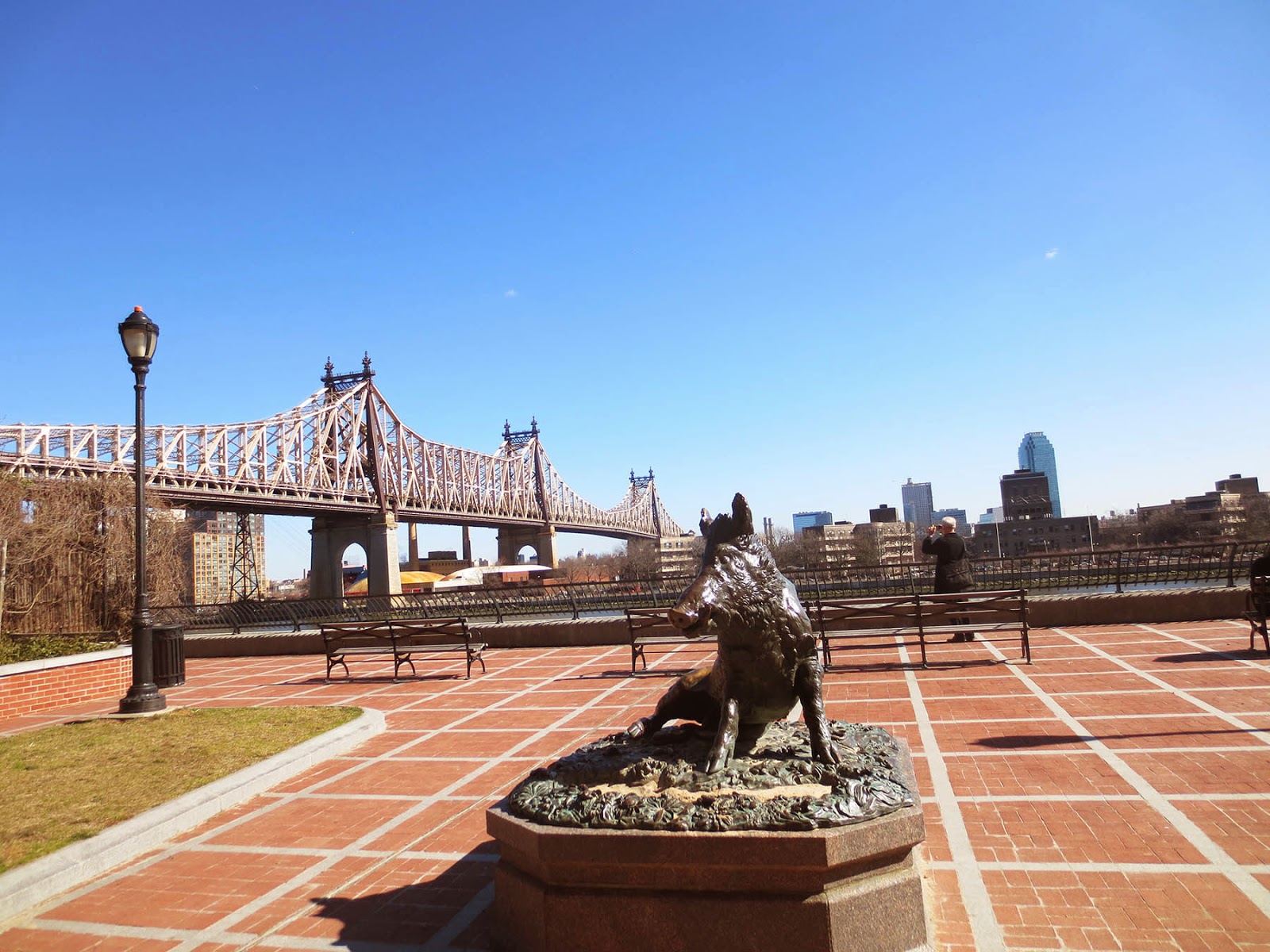 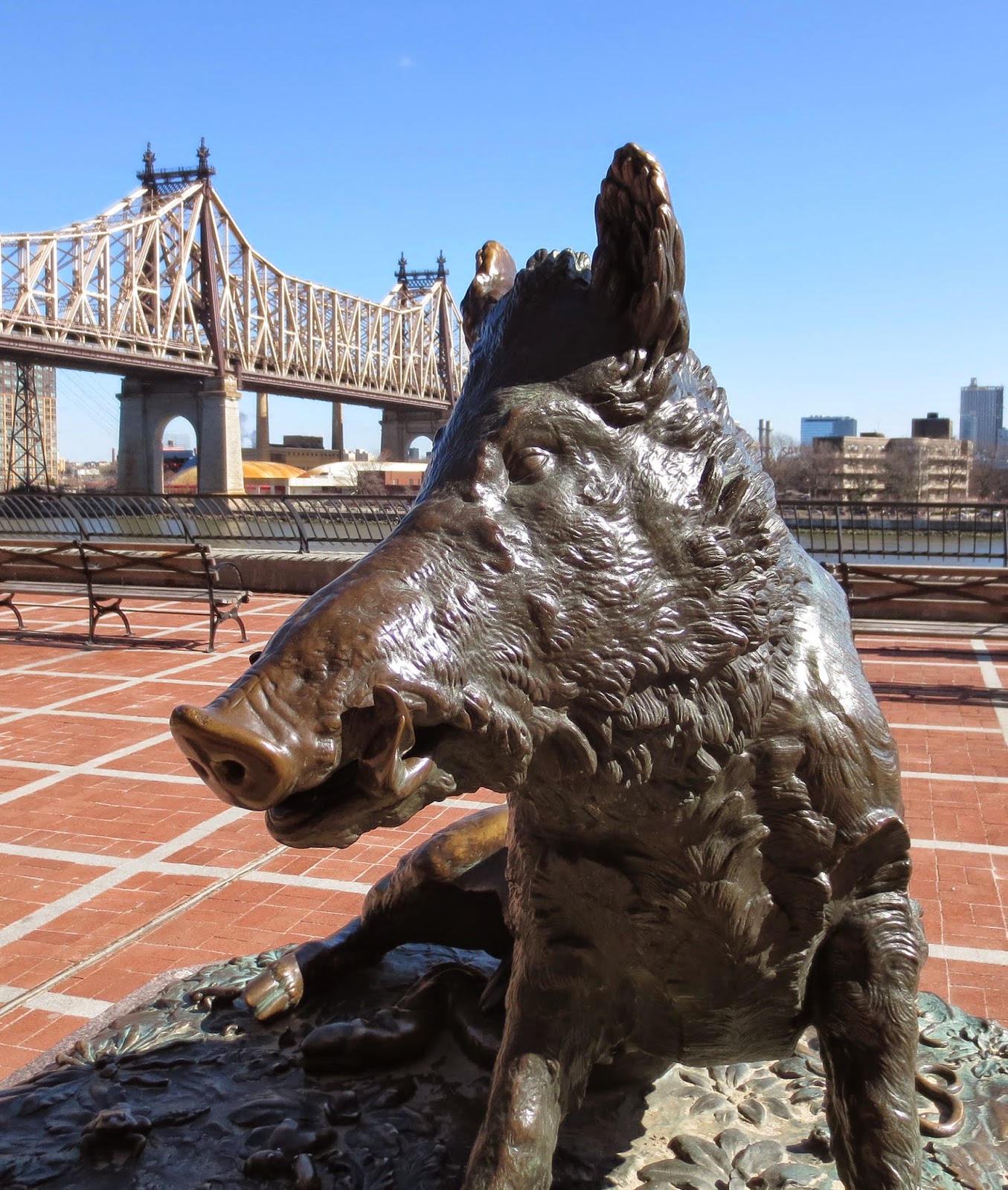 These parks are the perfect spot to watch the sun set and to escape the hustle of life in New York City. The park at the end of 57th street and its vistas of the Queensboro Bridge were featured prominently in Woody Allen’s Manhattan (1979).   There is a Boar Statue sitting in the middle of the park.    Philanthropist Hugh Trumbull Adams found the statue in a Florentine shop and donated it to the park in 1972.


It's a bronze copy of the  statue made by Italian sculpture of Pietro Tacca around 1620,  that stands in    the heart of the historic center of  Florence, Italy  in the Loggia del Mercato Nuovo, or  New Market.
The Porcellino fountain (fountain of the piglet) is one the most popular monuments in Florence.  If you want a good luck you should touch the nose of the statue: the nose is shiny from the daily rubbing of hundreds of hands.  The statue in Florence is a copy  of a marble replica of a Renaissance statue of a wild boar.
The original boar was carved from marble during the centuries BC by a Greek sculptor. This sculpture was either lost or destroyed.  During the 17th century the Italians made a marble copy 'Cinghiale' housed in the Uffizi Gallery in Florence and Tacca had copied this  marble statue. So the statue in Sutton Place park, New York is a copy of a copy of a copy of a copy!


In 1962, five copies of Tacca's sculpture were cast by the Florence foundry, Fonderia Ferdinando Marinelli,  for public display.  One of the copies in  Sydney, Auastralia outside the Sydney Hospital. The wild boar even has special outfits which he wears on special occasions to help raise money for the hospital.
There are   Porcellino Copies everywhere all over the world- in Canada, Denmark, France, Germany. There are nine copies of the statue in US. New York state has two of them -- the first one at Sutton Place park and the second one- near the entrance to Six Flags Great Escape amusement park Queensbury, NY.