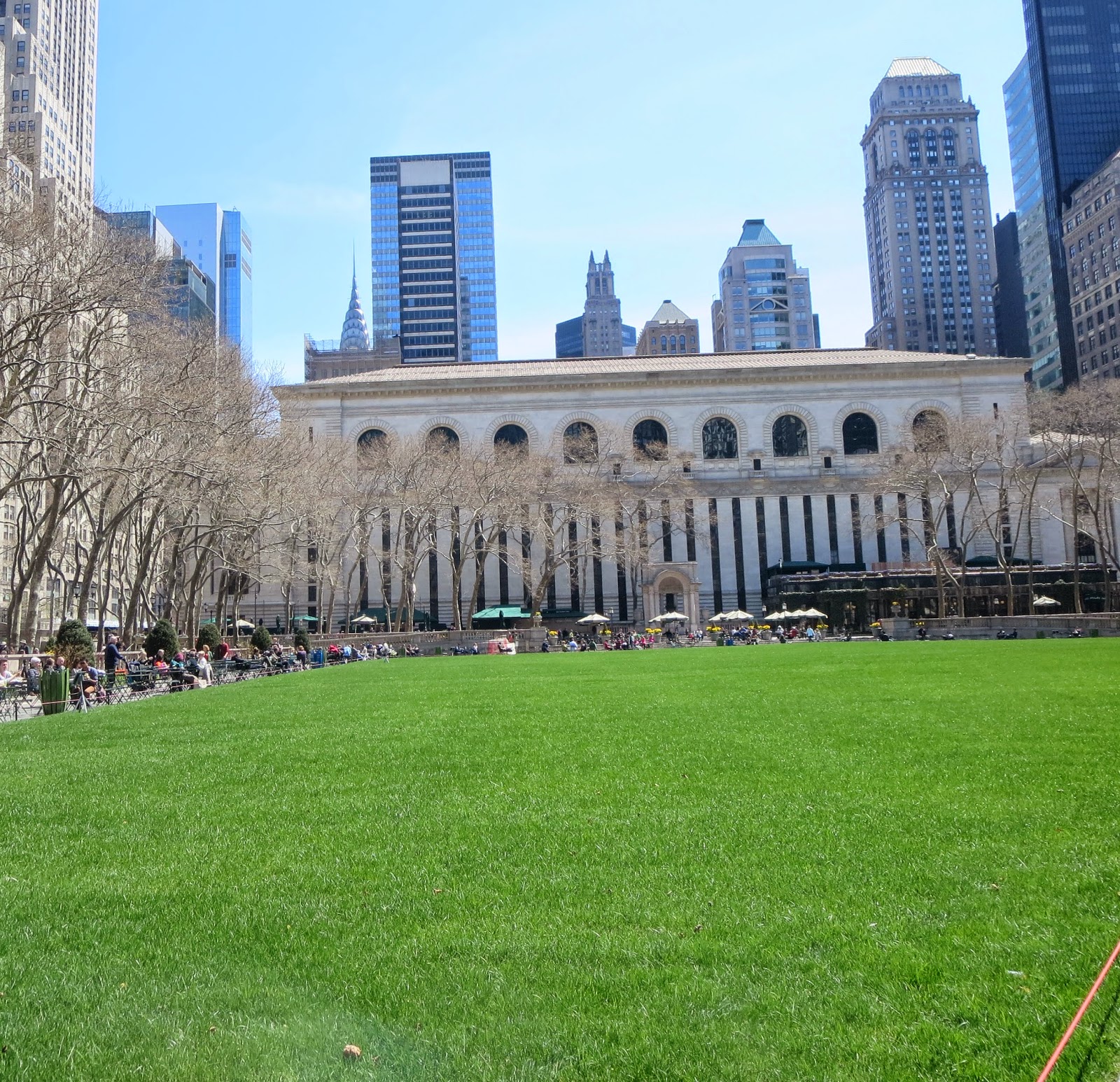 
Bryant park  is  in Midtown Manhattan  just  blocks from Times Square and the theater district.  It is small but well  well-cultivated retreat that that hosts a dizzying schedule of free entertainment during the summer. The park has a long history –look at the post 1 about the park in my blog.


In the 1970s  New York was  in a decline and the park became a very dangerous place , "no-go zone"    because of the drug dealers who were not visible from the streets because the park was elevated and isolated by the tall bushes. 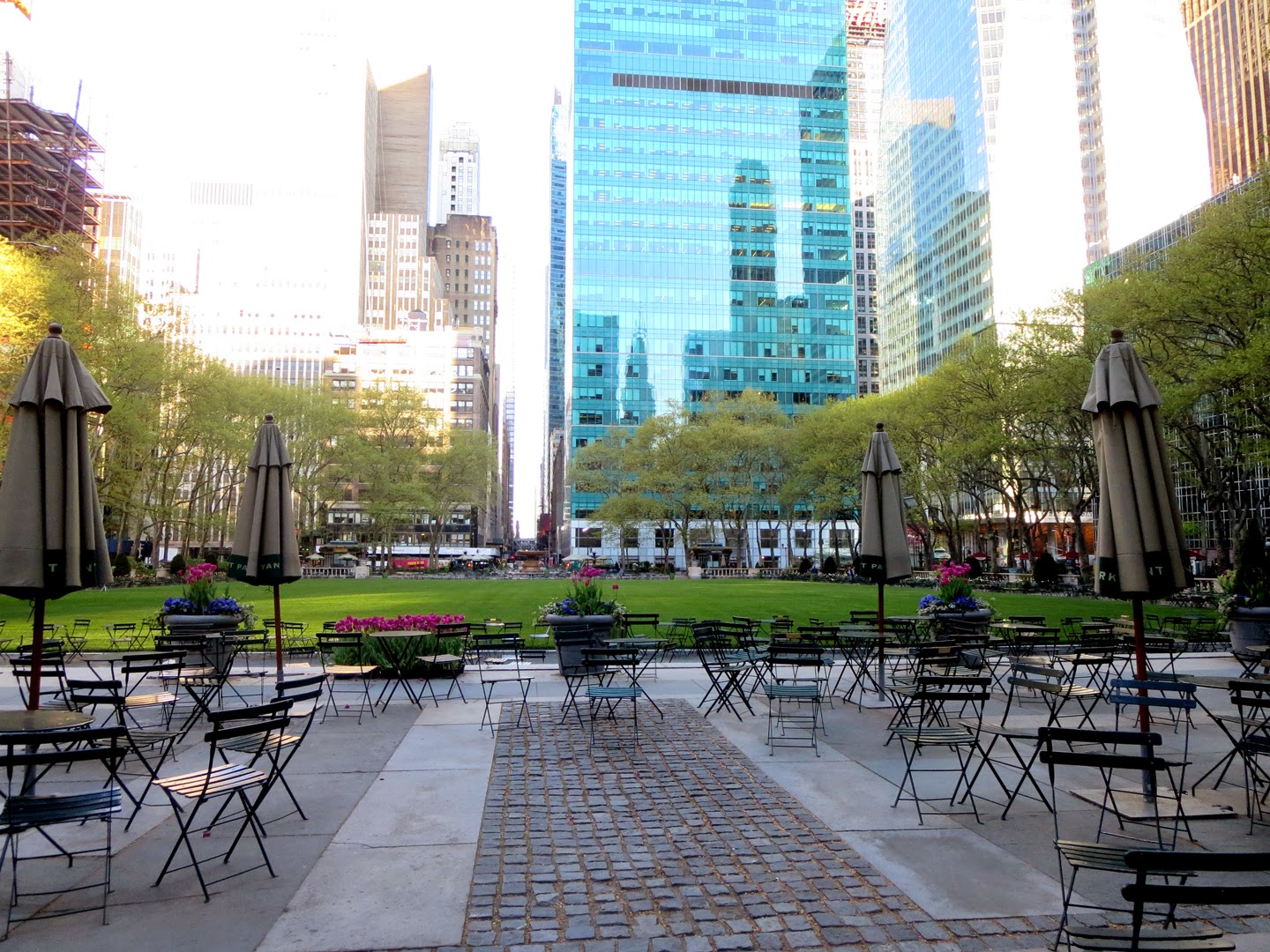 In the late   1970s the Bryant Park Restoration Corporation (BPC)   was founded by the Rockefeller Brothers.  In the 1980s, the park was closed to the public.  It was excavated and rebuilt entirely over an underground structure which houses the New York Public Library's archives.  After a four-year effort, the park reopened in 1992.

In 1991  BPC purchased 400 sturdy, white stackable chairs. In 1992   the white chairs  were replaced with the now iconic, green Fermob chairs, now available for purchase in the Bryant Park Shop.  Now the space holds 800 tables and more than 4,000 green chairs . 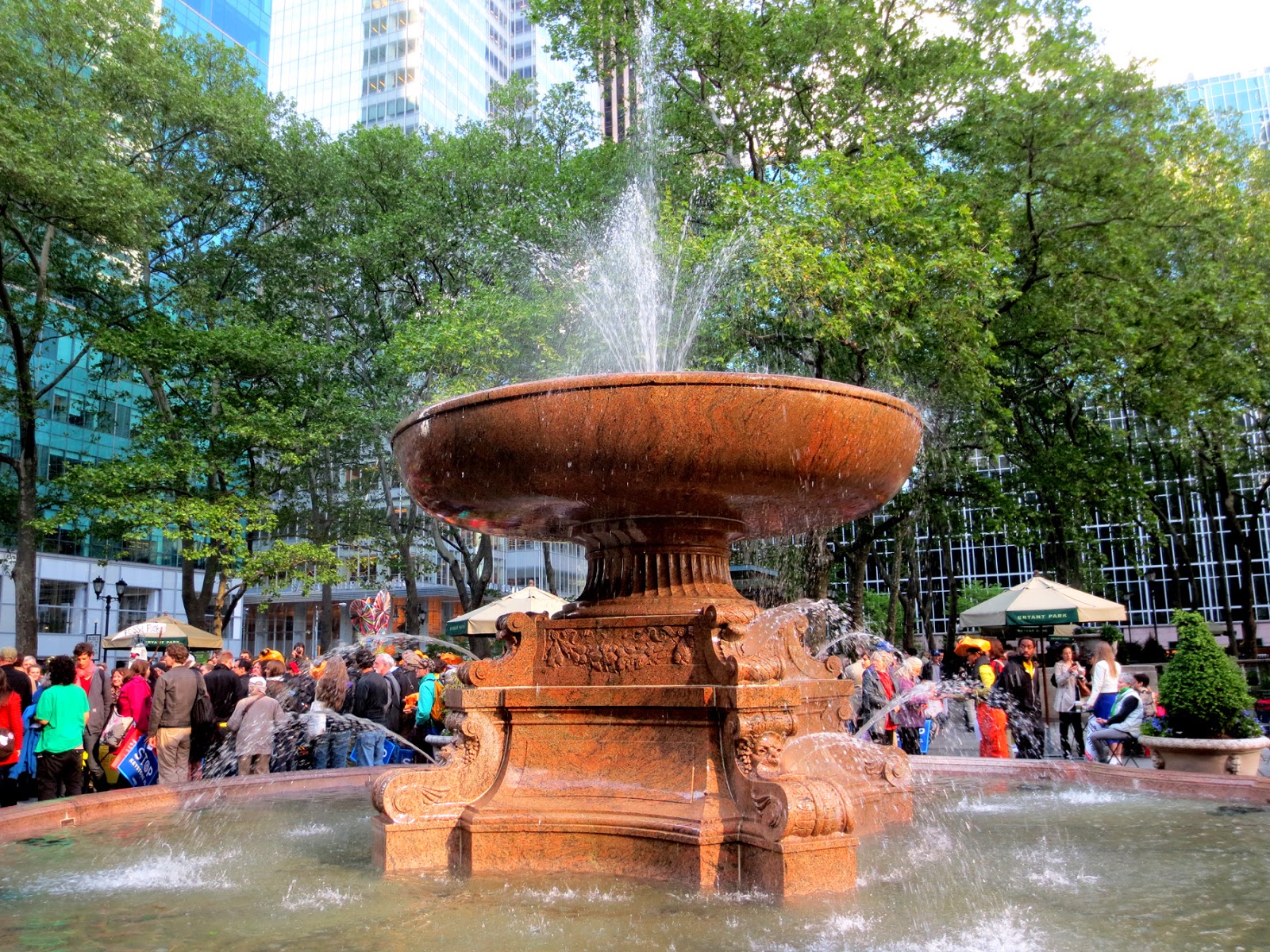 William H. Whyte, the American sociologist , wrote    in his book “The Social Life of Small Urban Spaces” "Chairs enlarge choice: to move into the sun, out of it, to make room for groups, move away from them. The possibility of choice is as important as the exercise of it. If you know you can move if you want to, you feel more comfortable staying put."


There is a the Josephine Shaw Lowell Fountain in the West part of the park. Josephine Shaw Lowell   was a Progressive Reform leader and is  best known for creating the New York Consumers League in 1890.  Josephine published a "White List" that contained a list of stores known to treat women workers.   The fountain,  built in 1912,  is New York City's first public memorial dedicated to a woman.
The collection of the Bryant Park  statues, except the monument to Bryant,  is a little bit strange- the only thing that all these people have in common is that they have nothing to do with the park.

On the north side of the park is a fine statue in bronze of William Earl Dodge,      Phelps, Dodge & Company,   and philanthropist.  The statue was dedicated in Herald Square ( near Macys department store )   in 1885.  In 1941, when Herald Square was renovated, the Dodge statue was moved to its present location.
On the opposite  side of the park there  is a bronze bust of Johann Wolfgang von Goethe,   the great German writer. The Goethe Club of New York purchased it in 1876 and donated it to the Metropolitan Museum of Art and the museum in turn donated it to Bryant Park in 1932, the centenary of the writer’s death.

There is also a  bust of the American writer Gertrude Stein, a statue  of José Bonifácio de Andrada e Silva, Brazilian statesman, naturalist, professor and poet ( a gift  from the people of Brazil) and  the newest addition, the statue  of Mexican national hero Benito Juarez, Mexico’s first president of Indian descent - the first Mexican figure to be placed in the city of New York ( a gift  from   the State of Oaxaca).
To be continued…