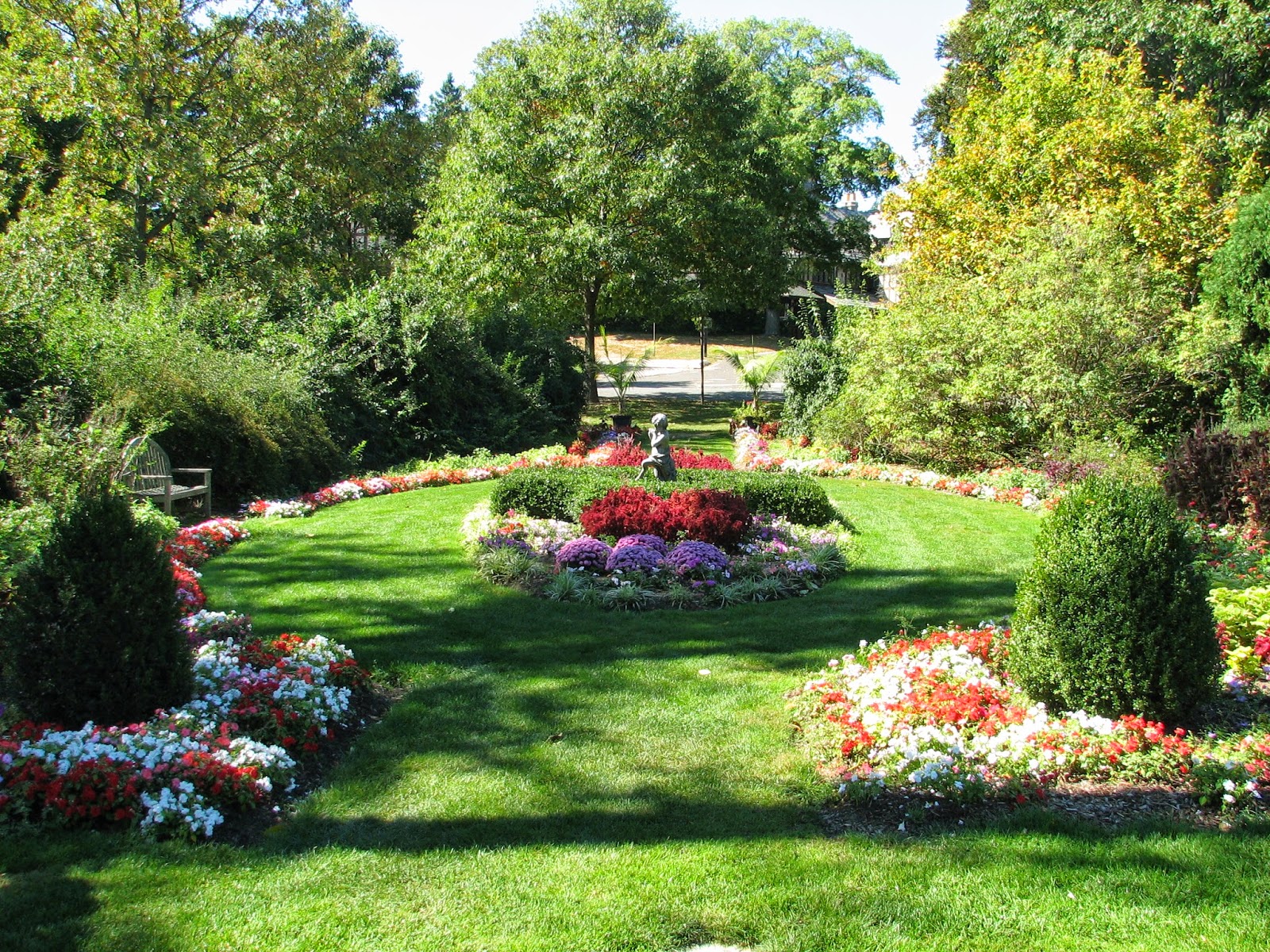 There are two beautiful parks  in  the Skyland region of New Jersey,  hour and fifteen from New York , sitting  very close  to each other.  The first one is New Jersey Botanic Garden  and the second is  Ringwood Manor. I  have been there  several times, in spring and summer, and early fall.   The parks are beautiful at any time of year.  If you plan to visit the parks start with the Botanic garden and then move to Ringwood manor park where you can have a barbecue on almost private lot near the bubbling brook. 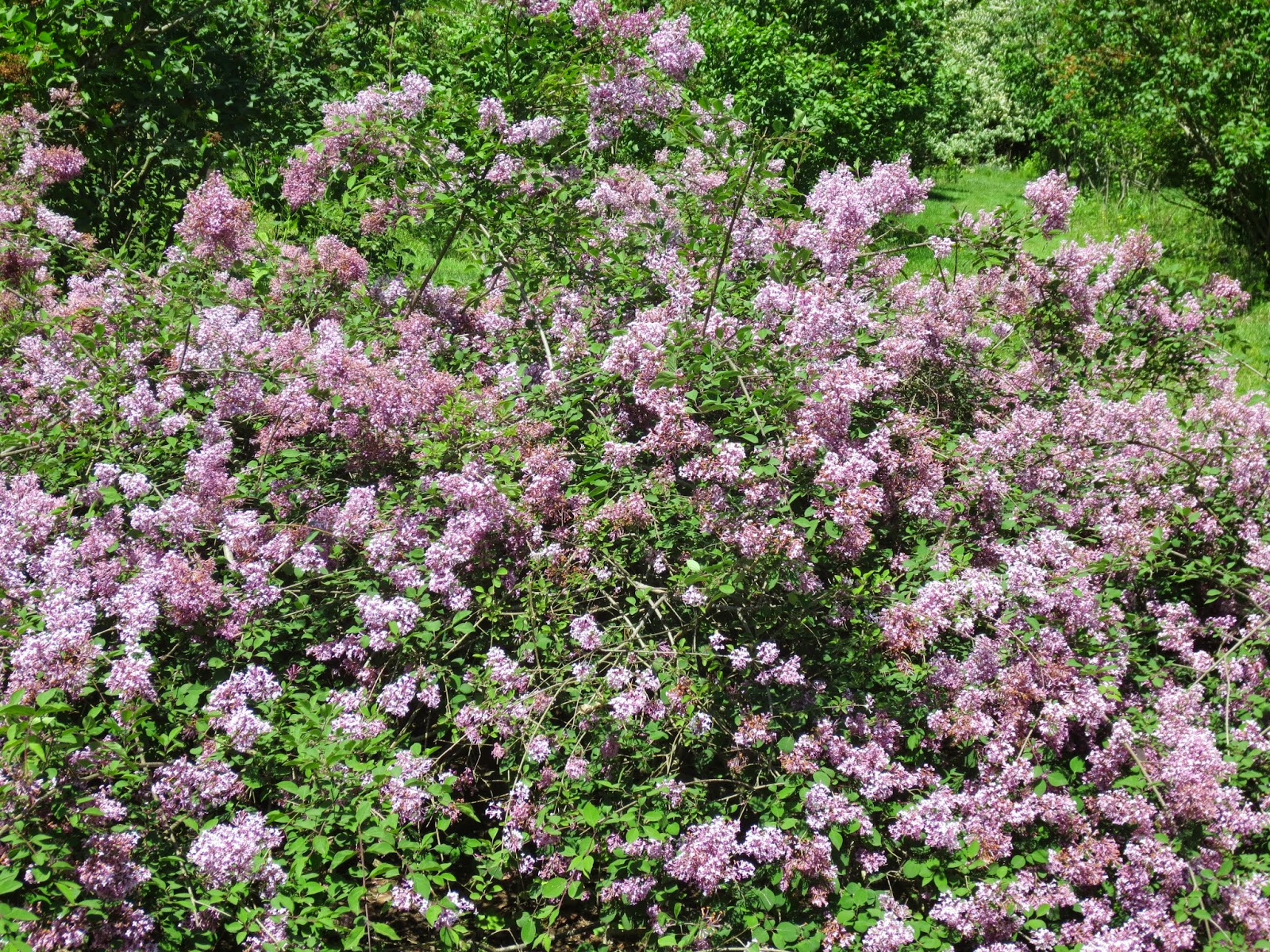 The layout of the annual formal garden in New Jersey Botanic Garden has not been changed from the original design. The displays in this garden therefore change not only through the seasons, but also from year to year. 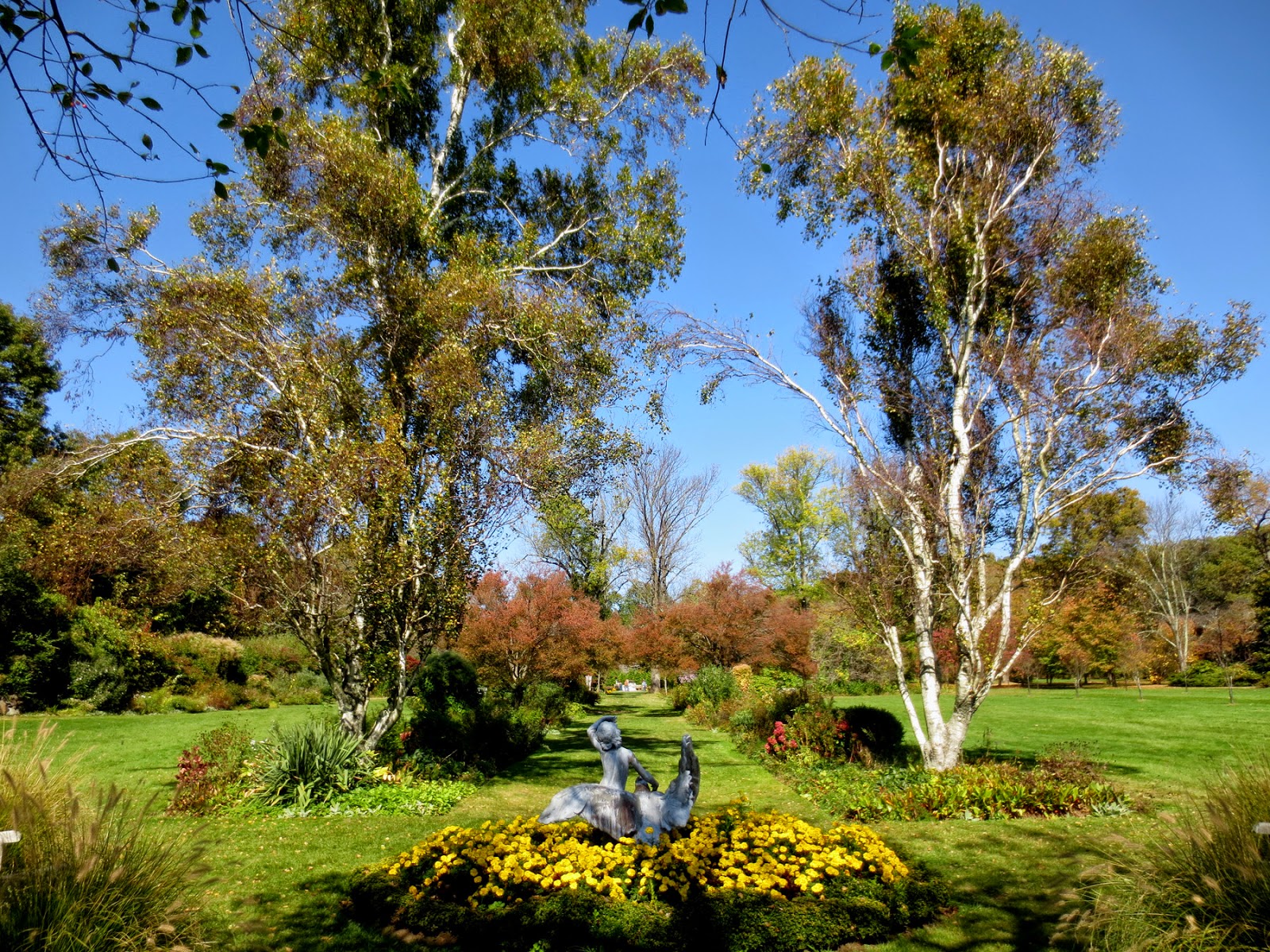 The lilacs  garden is at its best near the middle of May.  There is a Crab Apple Allée and the  fenced-in Rhododendron Garden with  a large collection of hostas. The story of the garden starts in 1801, when the land was cleared for farming. The first owner of the property was  Francis Lynde Stetson who named his country estate "Skylands Farms" and maintained a stylish mansion of native granite and a working farm. He was a  prominent New York lawyer and    entertained  Skyland  such friends as   Andrew Carnegie  and J.P. Morgan. 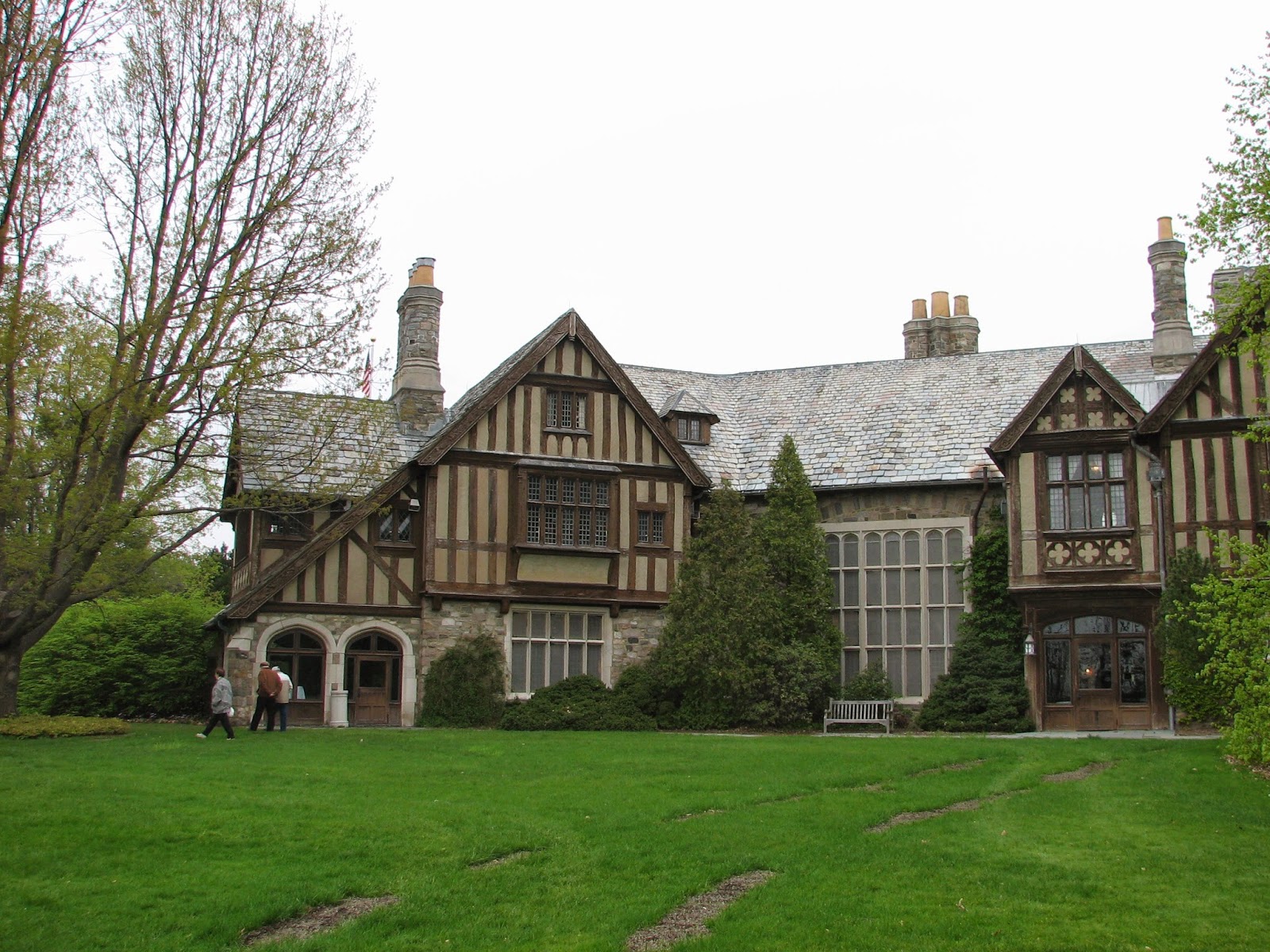 Skylands was sold in 1922 to Clarence McKenzie Lewis,  an investment banker and a trustee of the New York Botanical Garden.  The house and gardens were a joint project between the   Lewis and his mother, Helen Forbes Lewis Salomon, the widow of William Salomon, founder of Salomon Brothers, the New York investment banking firm. The Stetson house was torn down, and the current Tudor mansion of native granite was built on the site. The  ground floor of the house includes exquisite antique panels, fireplaces, and stained glass collected from estates and castles throughout Europe. 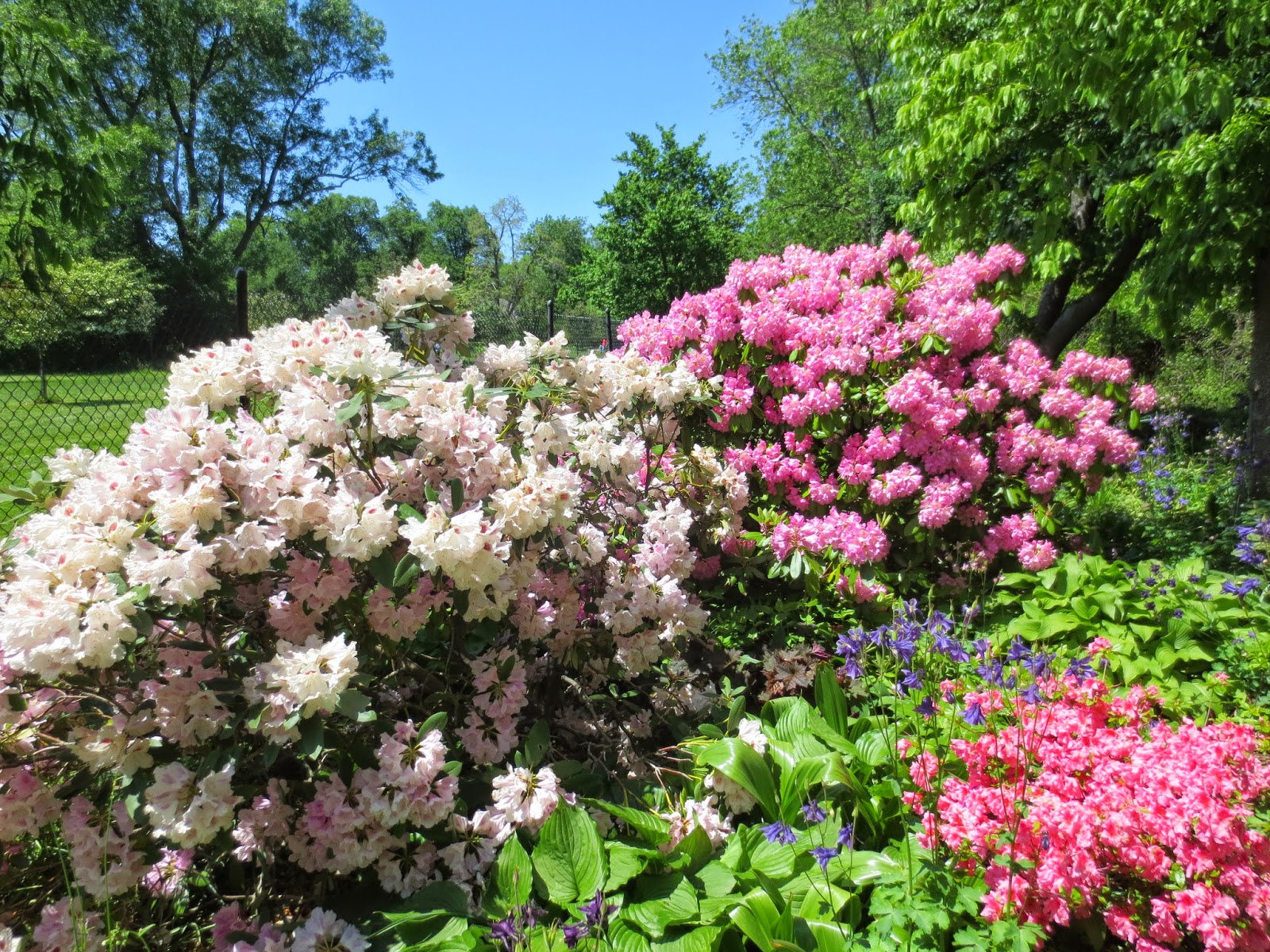 For thirty years Lewis collected plants from around the world, resulting in one of the finest collections of plants in New Jersey.
Clarence Lewis sold the Skylands estate and its contents in 1953, at least partly because he could no longer get enough help to keep the gardens in pristine condition. The buyer, a small college, occupied the property until 1966, when it was sold to the state of New Jersey. 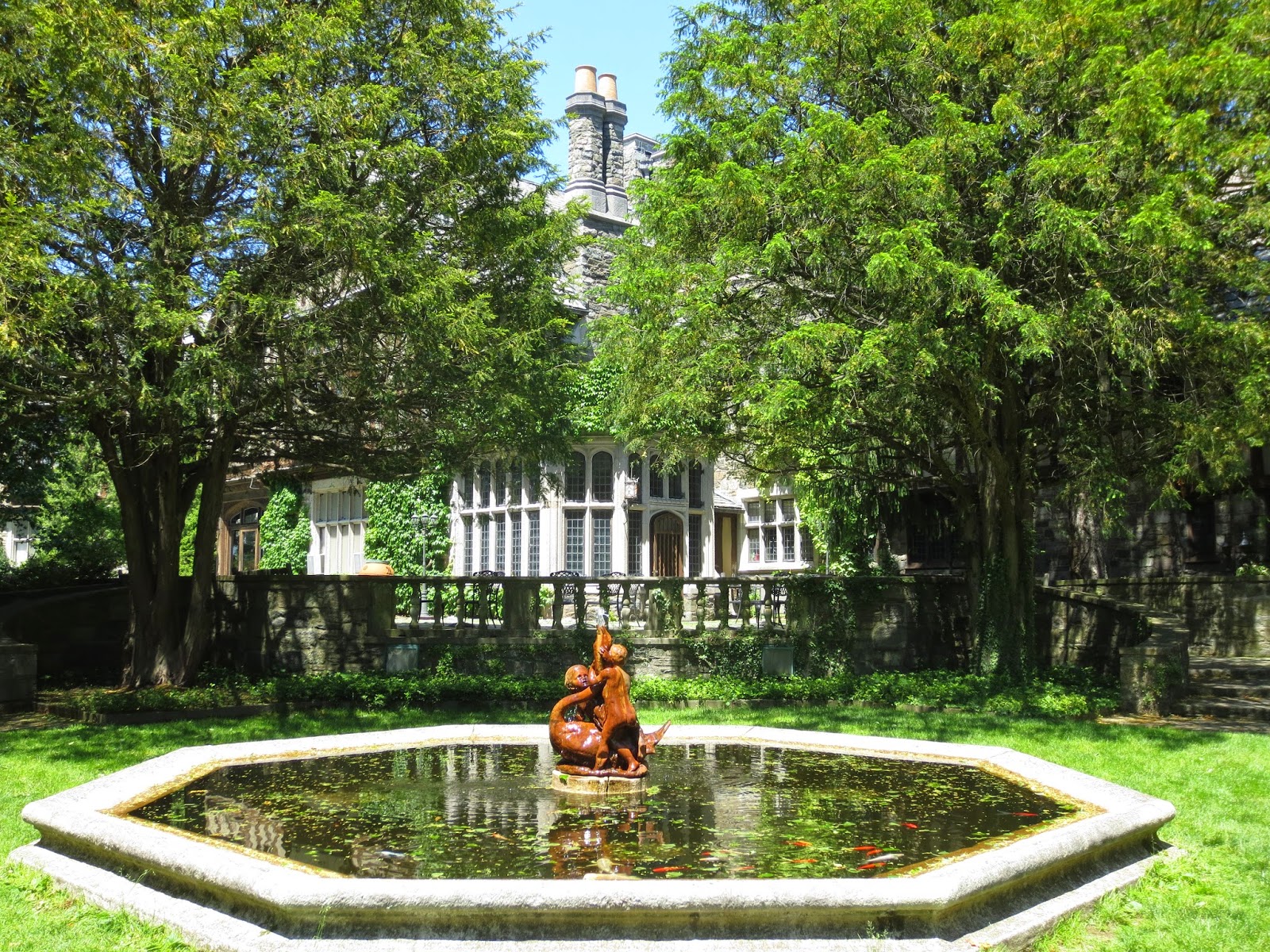 The New Jersey State Botanical Garden is open every day  from 8 a.m. to 8 p.m., admission is always free,  but on summer Saturdays, Sundays, and holidays from Memorial Day weekend to Labor Day, there is a State parking fee of $5 for New Jersey-registered vehicles and $7 for non-New Jersey-registered vehicles.  In May , when lilacs are in bloom you have to arrive early- otherwise you will not be able to find a free parking space!  .
The Skylands Manor is one of New Jersey’s premier destination wedding sites. You and your guests can stay in one of our 24 beautifully appointed glamorous suites or overnight rooms. If the house is not booked for the events  it works  as a hotel. But  not all the rooms have the private bathrooms and the  reviews are not so good on Tripadvisor.
Posted by Секреты Большого Яблока

Email ThisBlogThis!Share to TwitterShare to FacebookShare to Pinterest
Labels: Side trips