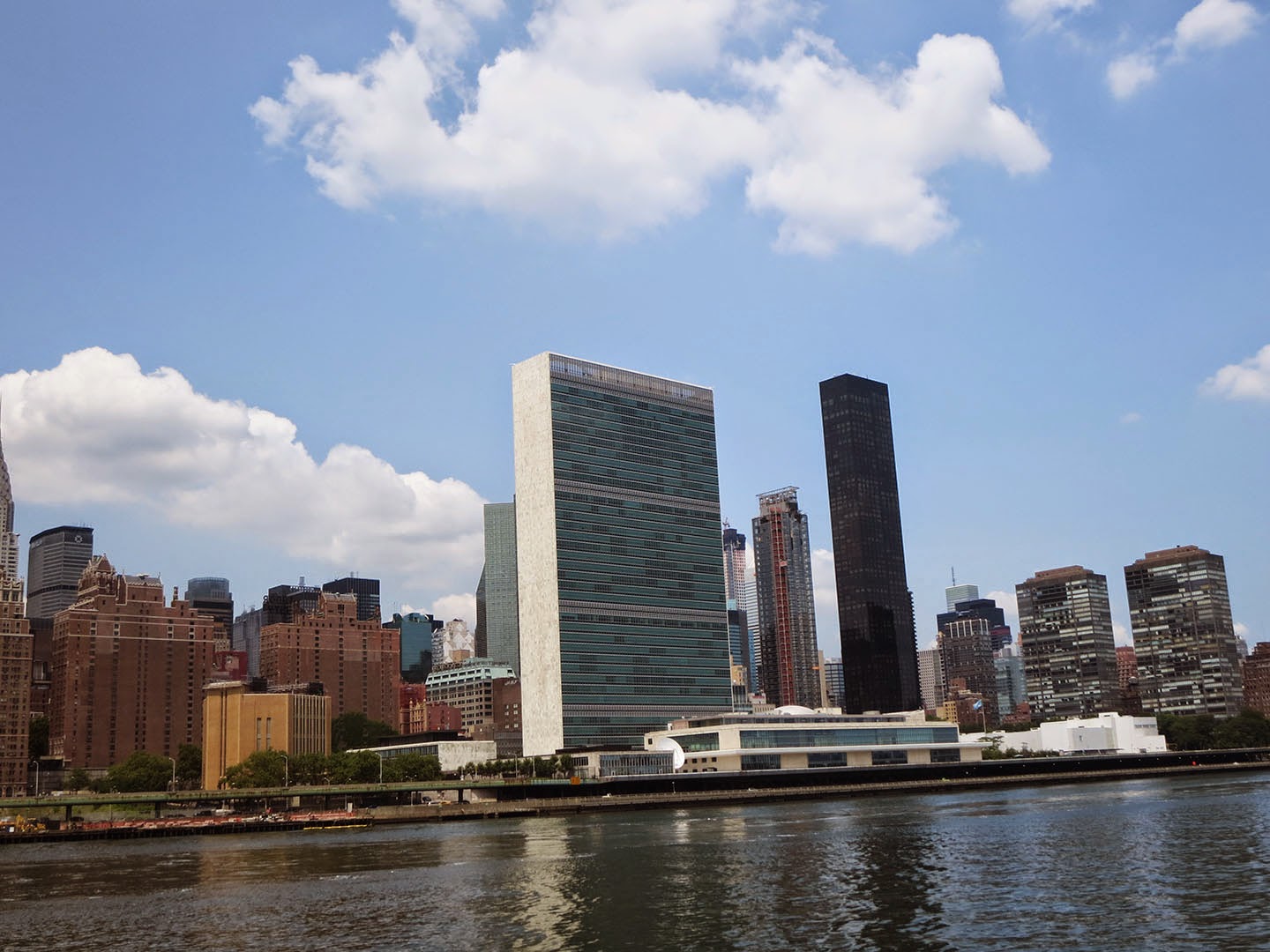 New York state is the only state with a hole in the territory. The United Nations building, located in New York City on First Avenue between East 46th and East 48th Streets, maintains an extraterritorial status, and is, therefore, not technically part of the United States.


67 years ago, on October 24 the United Nations came into force when the five permanent members of the security council ratified the charter that had been drawn up earlier that year. These members were: France, the Republic of China, the Soviet Union, the United Kingdom and the United States. The 24th October became an the International United Nations Day. 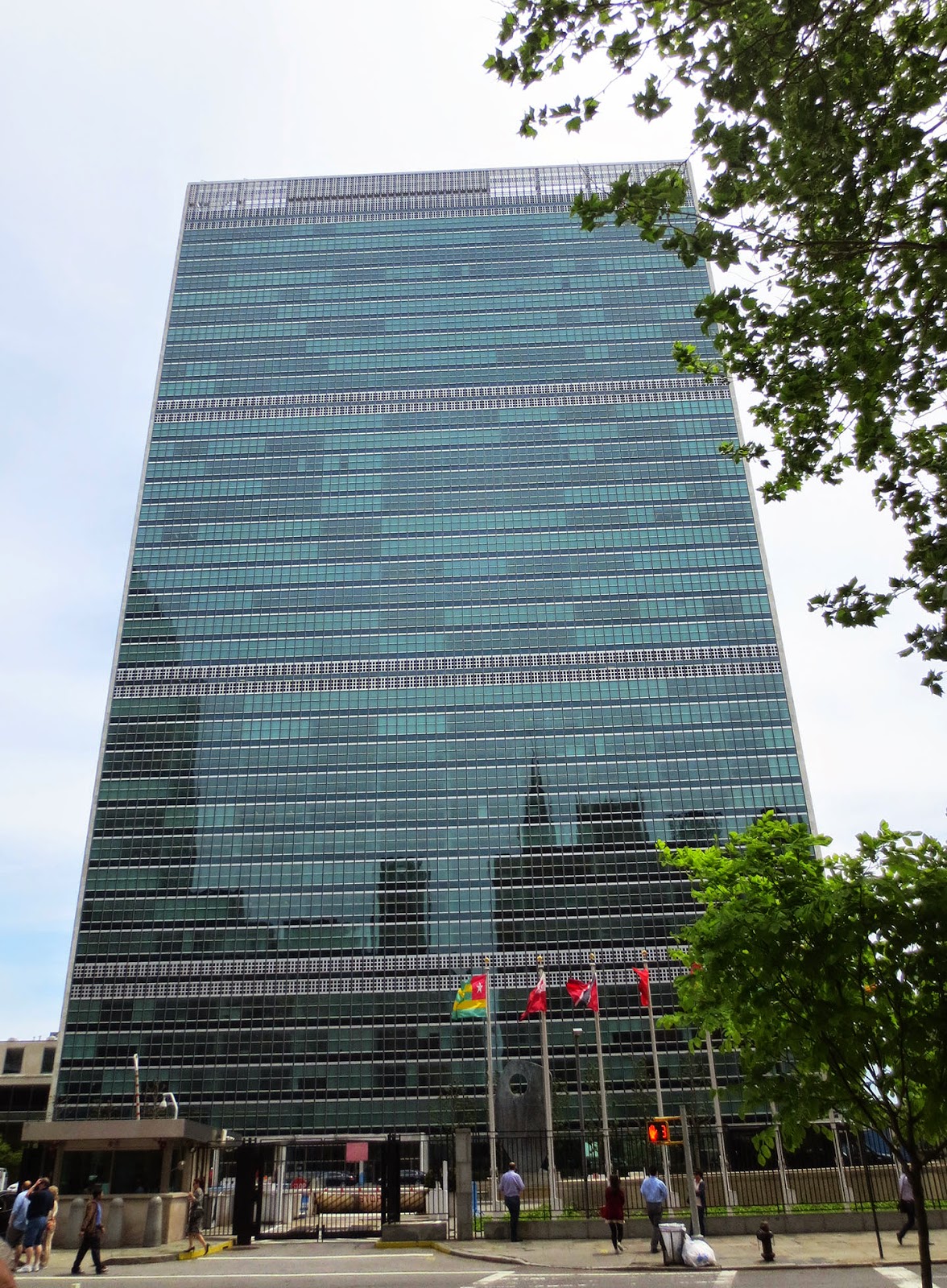 US President Franklin Delano Roosevelt first suggested using the name United Nations to refer to the Allies of World War II. The legend says that Winston Churchill, a great lover of poetry, recited the lines of the Lord Byron poem “Childe Harold’s Pilgrimage”, to Franklin Roosevelt and his granddaughter on a visit to Washington, D.C. in 1944.
Byron’s poem contains the lines:
Millions of tongues record thee,
and anew Their children’s lips shall echo them,
and say, 'Here, where the sword united nations drew,
Our countrymen were warring on that day !'

The first official use of the term occurred on 1 January 1942 with the Declaration by the United Nations. Planning for the building’s construction began in 1947. United Nations had dreamed of constructing an independent city for its new world capital. Dozens of American cities and towns lobbied intensely for the honor of becoming “capital of the world,”. In her book “Capital of the World: The Race to Host the United Nations,” Charlene Mires identifies 248 localities that vied in varying degrees to host the international organization’s headquarters.

One of the most interesting proposals came from South Dakota. In November 1945, the Black Hills group from South Dacota released a plan for its proposed United Nations headquarters that looked as if an enormous extraterrestrial community. The proposed structure featured 1 million square feet of office space, an auditorium that could seat 20,000 people and a tower topped by a globe as a symbol of the organization’s international activities. There was parking for 10,000 cars, hotels and a lakeside recreational spot. The surrounding mountains were to be used to build little village retreats for each nation. The leader of the group, Spanish war veteran who lost his son in WW2 flew to London in 1945 to make his case directly to the United Nations. He also offered 100 square miles of tax-free land. But commission decided that the United Nations declined the project.


A group of New Yorkers, headed by businessman Nelson Rockefeller successfully courted Coordinator of Construction Robert Moses and convinced him that New York would make the best location. Nelson Rockefeller’s father, John D. Rockefeller, Jr., donated $8.5 million to purchase the land. “New York is a center where people from all lands have always been welcomed and where they have shared common aspirations and achievements. It is my belief that this City affords an environment uniquely fitted to the task of the United Nations…” said John D. Rockefeller, Jr.
In 1947, the UN commissioned Wallace K. Harrison to lead the international design team to create their new world headquarters. Architects from each of the founding nations came to New York to take part in the design of the United Nations. The team started working at the beginning of 1947 at an office in Rockefeller Centre. They elaborated 50 different schemes that were then criticized, analyzed and reworked by the whole team.
Oscar Niemeyer , a Brazilian architect , was the youngest member of the team. He was 40 years old. Later in 1960, Niemeyer designed the civic buildings for Brazil's new capital, which was built in the centre of the country, far from any existing cities.


The final plan 23W, drawn up by Oscar Niemeyer, was adopted by all members of the board. It consists of a complex with four buildings: the Secretariat building, the General Assembly building, the Conference building and the Dag Hammarskjöld Library. The green glass-curtain tower, the first of its kind in New York, contrasts starkly with the 1920s buildings of Tudor City nearby.
Niemeyer collaborated with the French architect Le Corbusier to create the scheme. A Swiss-French architect Le Corbusier (Charles-Edouard Jeanneret was his real name) was 20 years older than Niemeyer. Le Corbusier rejected the preposition to build the Palace of the Soviets in Moscow in 1931, but built Tsentrosoyuz in 1933 (btw, I think it is ugly). The only building Le Corbusier ever designed in North America was the Carpenter Center for Visual Arts in Cambridge, Massachusetts. 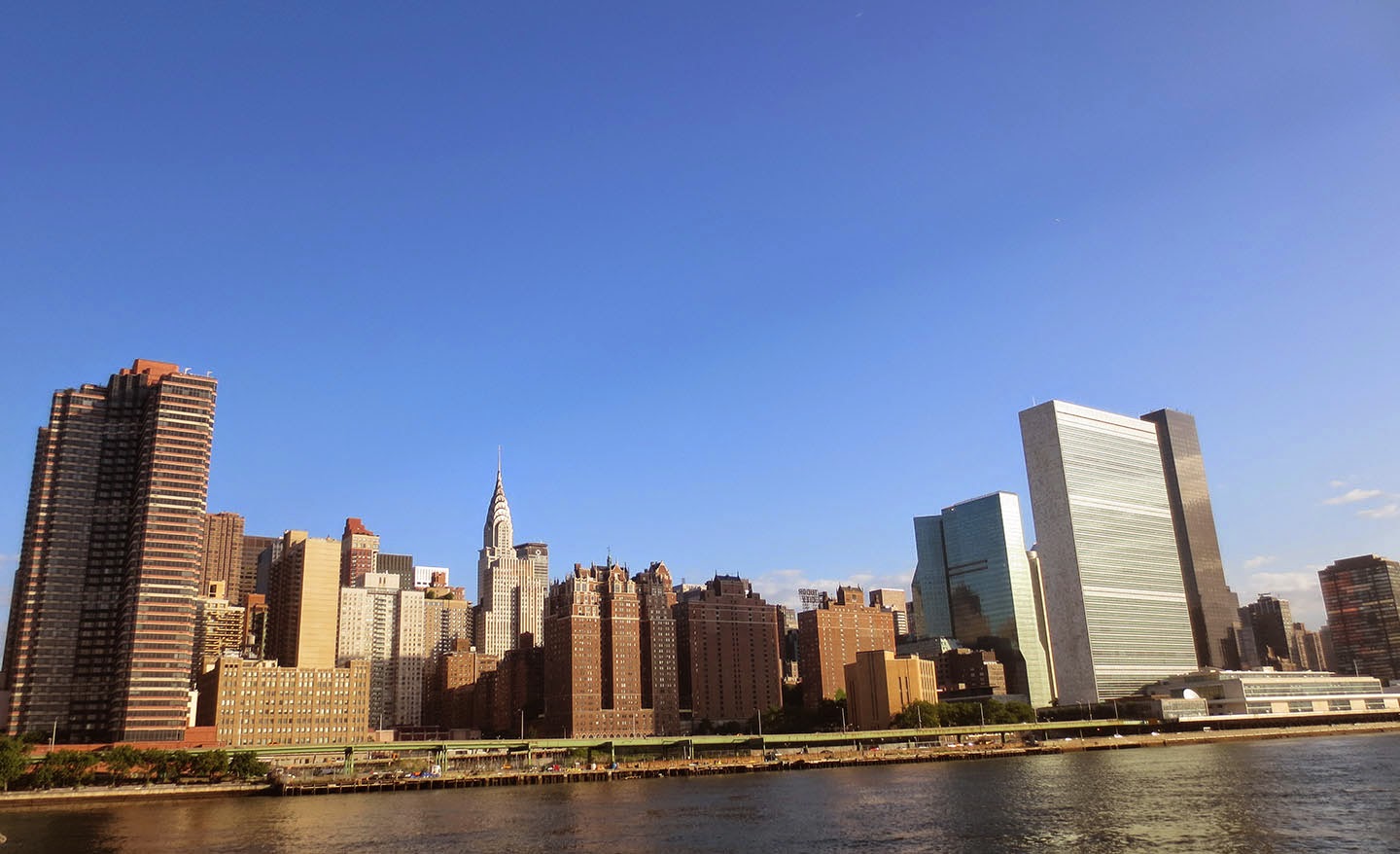 Niemeyer and Le Corbusier combined their previous projects into a single scheme. The UN skyscraper was the first major International Style building to be constructed in New York. The international style was chosen by the board members as it symbolized a new start after the war. This 550-foot tall structure has become a worldwide symbol of the United Nations. In 1971 The General Assembly adopted a resolution declaring that United Nations Day shall be an international holiday and recommending it be observed as a public holiday by all United Nations member states. O... Where is my holiday?
Posted by Секреты Большого Яблока