Diana of the tower and O'Henry

O. Henry , one of the most famous American short story writers lived and died in New York.  In his  story "The Lady Higher Up" he wrote about two statues, so famous   at that time that every  New-Yorker understood what O'Henry was talking about.


"Three hundred and sixty-five feet above the  heated asphalt the tiptoeing symbolic deity on Manhattan pointed her   vacillating arrow straight, for the time, in the direction of her exalted  sister on Liberty Island(...).Had that arrow sped truly and horizontally  it would have passed fifty feet above the head of the heroic matron whose  duty it is to offer a cast-ironical welcome to the oppressed of other lands (...)"Ah, there, Mrs. Liberty!" called a clear, rollicking soprano voice through the still, midnight air. "Is that you, Miss Diana?"
"The Lady Higher Up"  was published in the New York World Sunday Magazine  on  July 24,  1904.  I already wrote about Mrs. Liberty - the statue of Liberty on the Liberty Island in New York Harbor. Everybody could see it and even climb inside the crown. And what about Diana? Where is it now?
In 1891, Madison Square Garden, designed by Stanford White, opened to the public . The architect wanted to have a revolving wind  vane for his tower.   And he was the friend  of the famous American sculpture Augustus Saint-Gauden.  So  White asked Augustus to create a statue.
Julia Baird   was the model who posed for Diana's body.  Julia   had modeled for any number of majestic figures in her time. She said:  ''The thrones I haven't sat on are so few that you could count them on your fingers.'' No, she didn't mind posing in the nude - ''in the 'toot and scramble,' if you choose to call it that.''
The first version  of Diana  was  unveiled on September   1891  It was 18 ft (5.5 m) tall and weighed 1,800 lb (820 kg).  The statue was too heave to be a rotating wind vane and was  removed and replaced by a smaller      version in 1893. The  large Diana was sent to be displayed on the top of  the Women's Pavilion at the 1892 World's Columbian Exposition, but   Women's Christian Temperance Union in Chicago protested against the nude statue, and it was placed on the top of Agricultural Building.  Unfortunately this large Diana did not survive.  So it was not the first version of the statue in O'Henry story.
Here is what  Wikipedia wrote about the second  statue of Diana:  "The second, smaller version was completely redesigned by Saint-Gaudens to have a more elegant pose with a different thrust of the body, a thinner figure, smaller breasts and more feminine angle of the leg. To better fit the top of Madison Square Garden, the proportion was also scaled down to 13 feet tall. It was hoisted on top of the Garden on November 18, 1893.  This version was mounted as originally planned on its left toe and was made of hollowed, gilded copper, which made it light enough to rotate with the wind as originally designed. At 347 feet above street level, the "Diana" statue was the highest point in New York City at the time. During the day, the gilded figure caught the sun and could be seen from all over the city and as far away as New Jersey. Electric lights, then a novelty, illuminated it at night; it was the first statue in history to be lit by electricity."

Diana was installed on the  tower, 32 floors high,   dominating  Madison Square Park.  This tower     was modeled   after the tower of the Giralda which adjoins the cathedral of Seville in Spain. At that time this tower was the second  highest  building in New York  and the main hall was the largest in the world  with permanent seating for 8,000 people. In 1925, Madison Square Garden was demolished.  Diana  was removed just prior to the building’s demolition  and in seven years  adopted by the Museum of Art in Philadelphia in 1932. The statue  was cleaned and repaired before it was installed in the grand staircase.
In  2013–14  conservators repaired and preserved   copper structure and restored  original gold leaf finish of the statue.
Metropolitan Museum of Art had acquired a six-foot copy of the second  Diana reproduced from original casts for its collection in 1928. This copy    now stands in the center of the  Charles Engelhard Court in American wing of the museum. 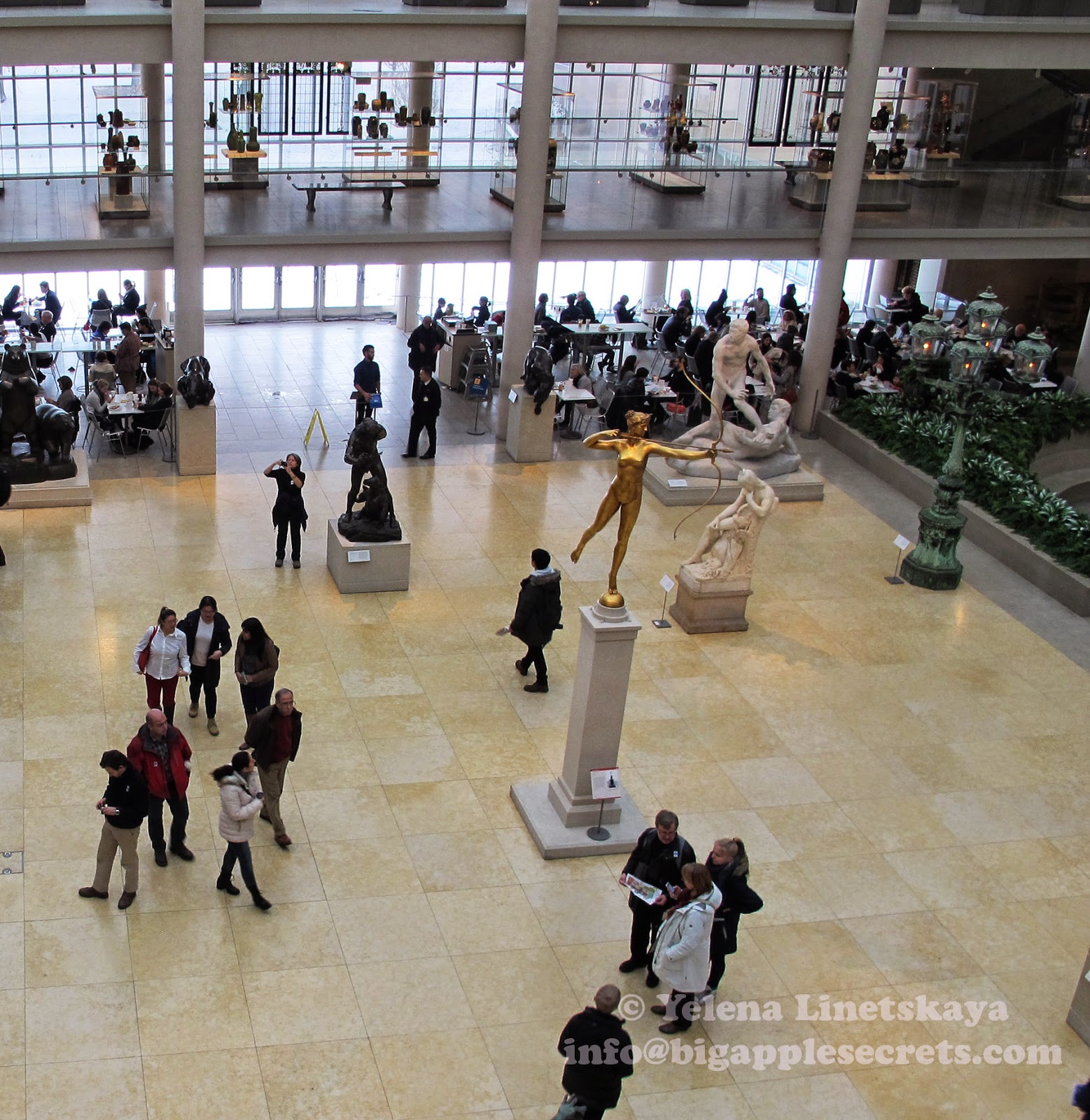