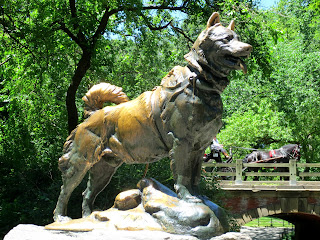 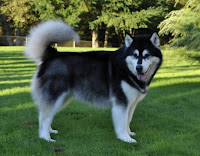 There is a small statue of the dog in the Central Park, just west of East Drive and 67th Street. This is Balto, Jet black Siberian husky of the Chukchi Siberian tribe’s stock. The word Husky originated from the word referring to Arctic people in general, Eskimos. 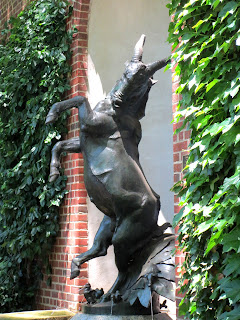 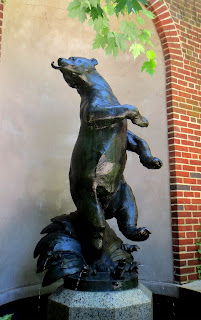 The statue, a big favorite  of kids in the Park -  is on it’s place for more than 85 years.  It was done by Brooklyn born sculptor Frederick George Richard Roth. Other works of the sculpture includes Dancing Goat and Dancing Bear standing near the Central Park Zoo. 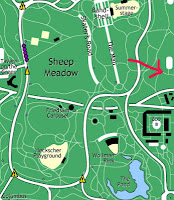 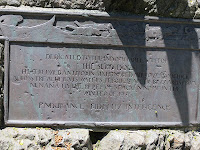 Balto was named  after Norwegian explorer Samuel Johannesen Balto, who participated in the first recorded crossing of the interior of Greenland, together with famous  North Polar explorer Fridtjof Nansen. In the winter of 1925, Balto and other sled dogs and their drivers became national heroes when they successfully delivered a diphtheria serum to the isolated residents of the small city Nome, Alaska.

Diphtheria is a highly contagious and potentially life-threatening bacterial disease. The disease can be treated with an antitoxin (serum containing antibody to neutralize the toxin) or prevented by vaccines. The antibodies in the horse serum neutralized the toxin causing the patient's symptoms. Vaccine was developed by German physiologist von Behring in 1913. Today’s vaccine is recommended for all infants and for adults who have not been immunized.
Nome lies just two degrees south of the Arctic Circle. From November to July, the port was icebound and inaccessible by steamship. The only available aircraft were water-cooled World War I planes that were not reliable in cold weather. The only link to the rest of the world during the winter was the Iditarod Trail 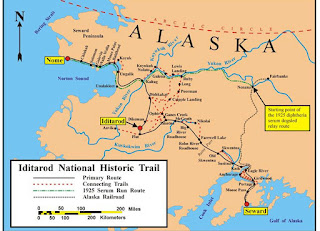 The trail ran 938 miles (1,510 km) from the port of Seward in the south. Welch was the only one doctor in Nome. He had noticed the first case of diphtheria in December. Welch had only expired diphtheria antitoxin. He had ordered a new supply but the port was closed for the winter before the serum arrived. Welch sent a radio telegram to all the major Alaska towns – there were more than 20 confirmed cases of diphtheria in the end of January. Without the antitoxin the disease would kill the area's entire population of about 10,000 people. 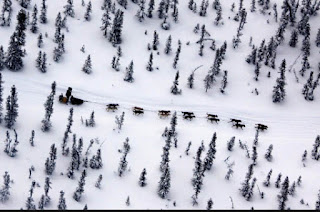 The nearest supply was in Anchorage, but the train line from Anchorage reached only as far as the city about 675 miles from Nome. Officials asked local dogsled teams for help. The drivers delivered the serum in 5 days and 7 hours. Under normal circumstances, the trip would have taken a single driver and dog team 15 to 20 days. Recognizing the bravery and tenacity of the drivers and dogs, President Calvin Coolidge rewarded each man with a gold medal, and the territory of Alaska gave them each $25.


The price for ½ gallon of milk at that time was 33 cents  - so  $25 dollars was not a big sum.
The serum run received national press through radio and headlines in the United States and Alaska, both during and after the run. As the lead dog of the final leg of the journey, Balto received much attention. New York dog lovers raised money to honor the Balto. The statue was dedicated in December 1925. Balto spent a few years touring with sideshow entertainers and after that found a permanent home in the Cleveland Zoo. After his death at 11 in 1933, he was mounted and placed on display in the Cleveland Museum of Natural History.