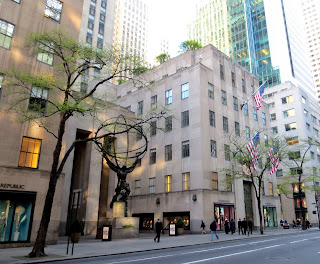 There were two famous brothers in Greek mythology – Prometheus and Atlas and both were punished -   first Atlas and later Prometheus.  There are two sculptures of the two brothers  near Rockefeller Center in New York.  You can find more details in my old post about Prometheus.


Fifth Avenue in midtown Manhattan is a very crowded street and only in the early morning you can make the picture of the statue of Atlas as if you are alone on one of the famous streets in the world. The monument sits in in front of Rockefeller building across from St. Patrick's Cathedral.
It is the largest sculpture at Rockefeller Center.
This huge bronze figure was created by sculptor Lee Lawrie with the help of Rene Paul Chambellan in 1937. Chambellan also created small Nereids and Dolphins on the fountain near Rockefeller center. 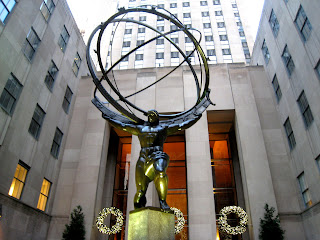 In Greek mythology Atlas is the titan of astronomy and navigation. He was a leader in the war between the Olympian Gods and the Titans.   After the war was lost, Atlas received the harshest punishment by King Zeus:  he had to hold up the heavens with bare hands and bear their weight on his shoulders forever. Atlas instructed the mankind in the art of astronomy.  A lost traveler can use the statue as a compass -the North-South axis of the sphere on Atlas' shoulders points towards  the North Star as seen from New York City. 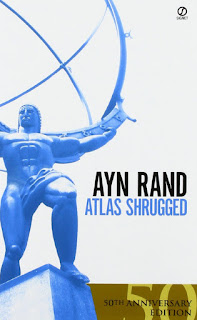 You can see this statue on the cover page of one of the most published books in the world, “Atlas Shrugged”  by Ayn Rand.  The theme of the novel, as Rand described it, is "the role of man's mind in existence".  "If you saw Atlas, the giant who holds the world on his shoulders, if you saw that he stood, blood running down his chest, his knees buckling, his arms trembling but still trying to hold the world aloft with the last of his strength, and the greater his effort the heavier the world bore down upon his shoulders--what would you tell him to do?" Rand wrote, answering, "To shrug." 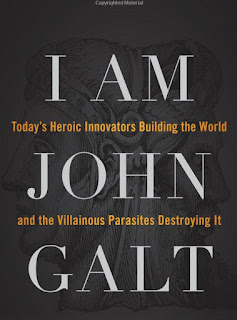 The book, describing a dystopian United States, was first published in 1957. John Galt is one of the main characters of the book. He is the leader of the of society's most productive citizens believing that world, where individual is not free to create and have a profit, where every person is a slave to society and government, will end in the chaos and disaster.  John Galt believes that the destruction of the profit motive leads to the collapse of society. Galt was an engineer and invented a  new type of motor for the company he had been working for.


Forced by his employer, for the "social good," to share his part of profit  with his fellow workers, who contributed nothing to the motor's development, Galt walks out of his job, determined to "stop the motor of the world." 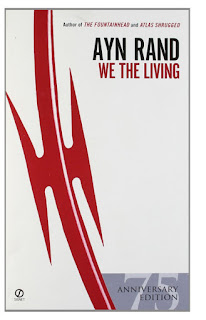 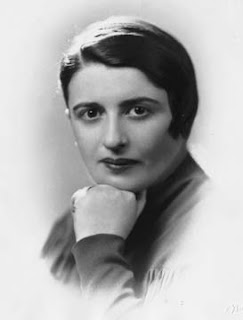 Ayn Rand   (Alisa Zinov'yevna Rosenbaum) was born in St. Petersburg, Russia, in 1905. At the age of nine, she decided to make fiction writing her career.


She supported Kerensky Revolution ( February 1917) and criticized the Bolshevik Revolution ( October 1917). She graduated from University of Petrograd in 1924 and in 1925, after obtaining permission for visiting relatives in the United States, Ayn came to USA. Her first novel "We are living" was semi-autobiographical and was set in Soviet Russia.

Ayn was so impressed with the skyline of Manhattan upon her arrival  in New York Harbor that she cried what she later called "tears of splendor”. Later she wrote about New York: "I would give the greatest sunset in the world for one sight of New York's skyline”. Rand wrote much of the book in New York and based many of the novel's fictional sites on real places in the city.

“For centuries, the battle of morality was fought between those who claimed that your life belongs to God and those who claimed that it belongs to your neighbors(…)And no one came to say that your life belongs to you and that the good is to live it."  “"Only a ghost can exist without material property; only a slave can work with no right to the product of his effort. The doctrine that 'human rights' are superior to 'property rights' simply means that some human beings have the right to make property out of others” 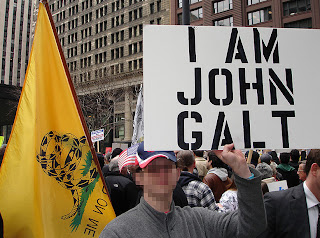 “Atlas Shrugged” debuted on The New York Times Bestseller List at #13 three days after its publication - and was on the list for 22 consecutive weeks. Objectivism movement originally started out as an informal gathering of friends, who met with Rand on weekends at her apartment on East 36th Street in New York City to discuss philosophy. Later Rand   promoted her Objectivist philosophy, lecturing students in Yale, Princeton, Harvard, and MIT.

Rand died of heart failure in 1982, at her home in New York City. Rand's funeral was attended by some of her followers, including Alan Greenspan (the Chairman of the Federal Reserve of the United States from 1987 to 2006). A six-foot floral arrangement in  the shape of a dollar sign was placed near her casket. Ayn Rand always wore a gold dollar sign as a brooch on her lapel.

The “Ayn Rand Institute” began operations on February 1, 1985, three years after Rand's death. More than 50 years after publication, sales are booming. According to a press release from this Institute, over 7 million copies had been sold by the US publishers as of January 2010, with sales in 2009 along being over 500,000 copies.  The numbers do not include sales from other countries. Very few novels have had an impact as continuing as "Atlas Shrugged". 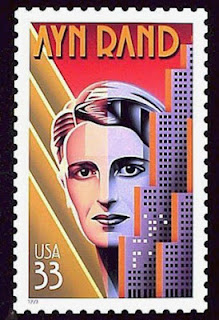 
On the 22nd of April, 1999, the United States Postal Service has issued a stamp dedicated to  Ayn Rand.