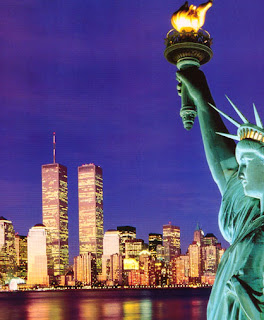 Twelve years ago on September 11  2001, the Islamic terrorist group al-Qaeda  hijacked four passenger airliners.   Two of the planes crashed into the North Twin  and South Twin towers. Within two hours, both towers collapsed.  In total, almost 3,000 people died in the attacks.


I feel closely connected  to this  tragedy. I worked at  15 Broadway  in 2001 ( just around the corner from World Trade Center and found a new job   in Midtown less  than a  month before  9-11.  I had an interview in the South tower  and remember the view from  the office window.  My project manager left the company I had been working with  two weeks after me and started his second week at the new place on  one of the top floors on the South tower.  His body was never found.   My husband worked on Water street in Downtown less than a mile from the World Trade Center.  My kids had classes  in college near Brooklyn Bridge  at that day. They walked home crossing  the East River  by  Brooklyn Bridge with t-shirts over their heads to protect themselves  from the ash and smoke.  Just a week before 9-11 I looked at the New York skyline from the Staten Island ferry with my friend and was very proud to show her the beauty of it. 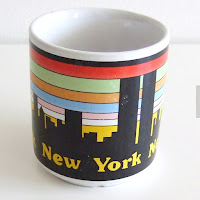 The twin towers of the World Trade Center,  built in 1970 and 1972, were more than just buildings. They were proof of New York's belief in itself.     The complex had its own zip code, 10048.  The towers became the symbol of New York – you could see Twins  everywhere – on posters and mugs, t-shirts , refrigerator magnets  and  place mats. I have magnets on my fridge at home. I put the place mats in the closet    and keep them  as a piece of a history. 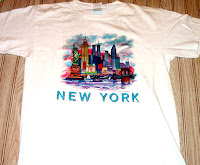 In February 1993 terrorists drove a truck packed with 1,100 lbs of explosives into the basement parking garage at the World Trade Center. The blast left a crater 22 ft wide and five stories deep. Six people were killed and 1,000 injured.  In less than a month the towers were repaired and cleaned.
It took 9 months to clean the site of the World Trade Center after 9/11 and in 2002 the Ground Zero was ready for rebuilding. The  “Ground Zero” was a was military slang  and was used    describing the  Manhattan Project and the bombing of Japan. Reporters from different media  companies  almost simultaneously  used this term just several hours after the towers collapsed .
It  took nearly a year and a half for the city to even decide upon a rebuilding plan. In July 2002, the Lower Manhattan Development Corp. (LMDC) — the agency that oversees the World Trade Center's redevelopment — released six proposals for how to rebuild the site. For the most famous construction site in the U.S., the plans showed surprisingly little creativity.
The LMDC tried again. An international competition was held, and in February 2003, a Polish-American architect named Daniel Libeskind was awarded the project for designing a very tall, asymmetrical skyscraper.  The off-center spire on the top of the building had to mirror the Statue of Liberty's torch and was aligned with the sun so that no shadow would be cast on the anniversary of the attacks. Libeskind was a dreamer and did not have experience building skyscrapers.
Developer  Larry Silverstein,   who signed  the lease to the World Trade Center site six week before  9-11, was in charge of the rebuilding . Silverstein was born in Bedford-Stuyvesant, in Brooklyn in 1931 into a Jewish family. He graduated from New York University in 1952 and attended classes at Brooklyn Law School.  Silverstein has said on interviews that he usually spent his mornings in breakfast meetings at Windows on the World on top of the World Trade Center North Tower. However on the morning of 9-11 he  had a medical appointment with his doctor.

Silverstein brought on another architect, David Childs, with whom he had worked before. He and Governor Pataki asked the two architects to work together.   More than a year later in July 2004 New York governor Pataki, New Jersey governor McGreevey, and New York City mayor Bloomberg laid the cornerstone for the new building. Governor of New York George Pataki stated in 2003 that, "The Freedom Tower isn't going to be One World Trade Center, it's going to be the Freedom Tower”.
The architects clashed  for many years. The  New York Police Department, fearful of another attack on the future skyscraper,  rejected the first version  of David Childs design.  Tens of millions of dollars were lost, and the tower’s first 20 stories were turned into a concrete bunker. The tower was moved   further back from the street. Construction was delayed for another year.
The new plans were released on June 29, 2005. Things were moving slowly, and the 2008 financial crisis didn't help. To speed things along, Silverstein turned the Freedom Tower's construction over to the Port Authority in 2008.
In 2008, the project was estimated to cost $11 billion to complete. The latest projection (as of July 2013) pegs the total bill to run close to $15 billion.

On March 30, 2009, the Port Authority of New York and New Jersey confirmed that the building would be known by its legal name, One World Trade Center.
Installation of a silver spire atop New York's new One World Trade Center skyscraper   was completed  on August 30, 2012. Its spire reaches a symbolic height of 1,776 (1776 is the year of the United States Declaration of Independence ) feet (541 m). The tower became the tallest building in New York City   and   the tallest building in the Western Hemisphere.
A three-level observation deck called One World Observatory will open in 2015, fourteen years after 9-11.
The original Twin towers were built in five and a half years forty years ago. It took five years to construct Rockefeller center during the Great Depression. And it took only one year and 45 days to build 102 floors  of  The Empire State Building more than 80 years ago. Twelve  years passed since 9-11 and the rebuild  of the Ground Zero is not complete yet.   What a shame!
Posted by Секреты Большого Яблока