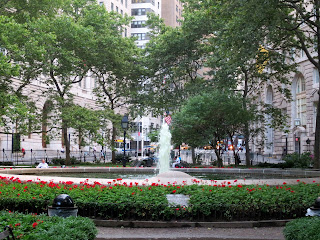 Manhattan's Bowling Green park, sitting at the very beginning of Broadway, is the first official park in New York. At the early days of New York there was cattle market on this place. On March 12, 1733 the city Council authorized the enclose of the small lot in the front of the fort on the southern tip of the island for “the recreation and delight”.


The world's oldest surviving bowling green in the world is the Southampton Old Bowling Green in England, which was first used in 1299.

There are many forms of bowling - the Italianbocce, the French petanque and British lawn bowling.

The bowling game was banned for many centuries for most people in England. Henry VII, the  king of England   , played the game, but banned it for the poor because "Bowyers, Fletchers, Stringers and Arrowhead makers" were spending more time at recreational events such as bowls instead of practicing their trade. It was only in 1845 that the ban was lifted, and people were again allowed to play bowls as they wanted. 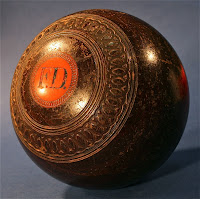 The  English, Dutch and German settlers all imported their own variations of bowling to America. One  of the earliest mention of it in American literature is by american writer Washington Irving, when Rip Van Winkle awakens to the sound of "crashing ninepins."


Before 1905  balls were done primary out of  very hard wood. But in 1905, the first rubber ball, was introduced. In. In 1952 automatic production model of pinspotter was  introduce. Today, the sport of bowling is enjoyed by 95 million people in more than 90 countries. Bowling Green in New York is the first permanent American bowling location for lawn bowling.


This park is the site of one of the most symbolic moment of the War ofIndependence. There was an equestrian statue of King George III in the middle of the Bowling Green park erected by the British government in 1770. The monument mirrored the famous Equestrian Statue of Marcus Aurelius in the ancient Roman, erected in 176 AD. The statue in New York   was cast in lead and gilded. The monument was huge with estimated weight about 4,000 pounds.
King George the Third ruled England from 1760 to 1820, the longest reign of any of the male monarchs in England. There are three equestrian statue of King George the Third in Great Britain: in London, Liverpool and Windsor.

The statue quickly became unpopular and law against vandalism and graffiti was passed in New York in 1773 and an iron fence was built to protect the monument. But it did not help.
George Washington, commander of the Continental forces in New York, read the document aloud in front of City Hall, just a mile to the north from the Bowling green. The wild crowd cheered the inspiring words , then full of revolutionary excitement rushed to the statue of the English king. A number of soldiers, sailors and citizens threw ropes around the statue, pulled it down, and cut it into pieces. Washington later disapprove the act and expressed the hope that “the military would leave this kind of work "to the proper authorities."
Do you want to know what happened next with the monument?   Wait for my next post to come!
Posted by Секреты Большого Яблока