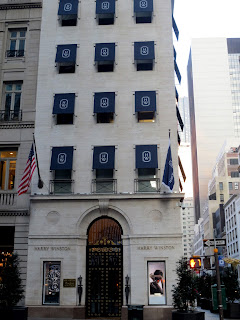 The simplest ring in Harry Winston  Jewelry shop, located at 718 5th Avenue,  is $2,600. Wedding bands of more than twenty different styles  start at $3,900.For over a century, Harry Winston has been synonymous with exquisite gems and jewelry  that rival (and often surpass) the royal collections of the world.
Harry Winston was a famous American jeweler.   Known as the “King of Diamonds”,  he owned  the Blue Hope, a 45.52 carat deep blue diamond, discovered in India 300 years ago and  considered to be the rarest gem ever fond on the  Earth. 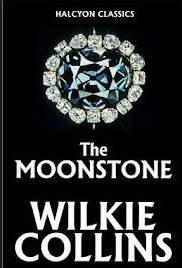 The plot of the first detective novel in the English language , “Moonstone” by Wilkie Collins  (1868), is  based on the legend about Blue Hope . Henry Winston  was the  last owner of  Blue Hope and donated it  to the Smithsonian National Museum of Natural History in Washington in 1958 after owning it for a decade. Winston   famously sent the diamond to the museum   via USPS.  Over five million people go to the Harry Winston Gallery in the Smithsonian every year to view the Hope Diamond.

Winston was among the most famous jewelers in the world, well-known to the general public. In the 1953 musical film "Gentlemen Prefer Blondes", the song "Diamonds Are a Girl's Best Friend" includes the spoken interjection "Talk to me, Harry Winston, tell me all about it!" 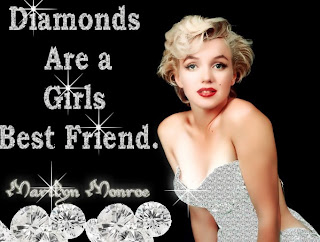 Harry Winston's mother and father emigrated  from Ukraine in 1890. His father Jacob started a small jewelry business. As the legend says,  Harry, 12 years old at that time ,  recognized a two-carat emerald in a pawn shop, bought it for 25 cents, and sold it two days later for $800.
In 1920, at the age of 24, Winston started his first business, the Premier Diamond Company.
Winston's jewelry empire  started with the  acquisition  of  Arabella Huntington collection after her death.  Arabella was   known as the richest woman in America  and an  collector of art, jewelry and  antiques.  Her son Archer   donated many of her paintings, including  two Rembrandts  and  a Vermeer,  to the Metropolitan Museum of Art. 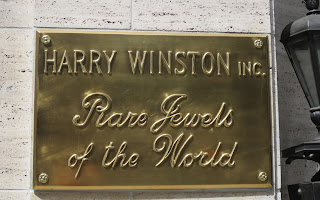 Since Winston invented ‘celebrity jewelry dressing’, stars from Marilyn Monroe and Elizabeth Taylor to Gwyneth Paltrow and Angelina Jolie have graced the red carpet adorned by diamonds personally designed and crafted in the Harry Winston workshops. 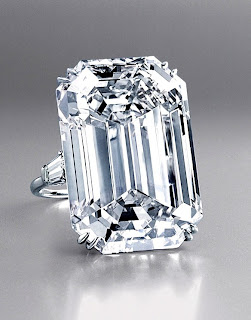 In 1968 Harry Winston  purchased   rough diamond  over 601 carat in the South African kingdom of Lesotho. The cleaving (slicing ) of the stone, named Lesotho,  was broadcast live on television in 1968.  Aristotle Onassis purchased   one of the stones  for Jacqueline Kennedy Onassis’ engagement ring. She only wore it twice and then it was locked away in a bank vault in New York.  In 1996 Sotheby's auction of Jackie's estate the stone was sold  for $2.59 million.


The list of the diamonds owned by Winston is really impressive
By the end of his career, Winston had owned, at one time or another, most of the history’s famous diamonds.  Winston bought  718 Fifth Avenue, at 56th Street in 1959. The original  building was built in 1872 and belonged to a  cabinetmaker and interior decorator Charles Baudouine, who used the house as  the main residence.  Fifth Avenue Association gave him an award for the best altered building of the year, when Winston moved his $35 million in jewels to the new location in 1960. 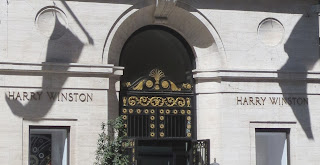 Wilson had two sons and when he passed away in 1978, he left   the company to his son Ronald and two trustees, but  instructed that both his sons- Ronald and  Bruce - should get equal income from the company.

In 1990 Bruce filed a suit against Ronald demanding more information about the finances of the company. Ronald made several offers to buy his brother out but Bruce refused.
Both brothers finally settled in 2000 when Bruce sold his stake in Harry Winston
Inc. for $44 million. Funds for that payment came from Fenway Partners, a NewYork-based private equity group, which received a 55% stake in return.

In 2008 four men wearing wigs and female clothing entered a Harry Winston jewelry store in   Paris neighborhood   and swiped an estimated $100 million in jewels. It was the most important robbery in French history, only second to the world record in Antwerp, Belgium, in 2003. $25 million in stolen jewels was found three years later  in Paris sewer.