Temple Emanu-El - the largest synagogue in the world 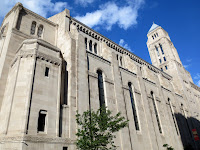 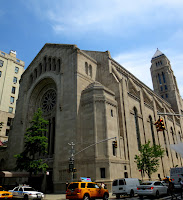 Temple Emanu-El in New York City ( 5th Avenue and East 65) is the largest synagogue in the world. It can accommodate 2,500 worshipers - more than St. Patrick's Cathedral in New York.

Temple is made of the limestone and is designed in the Romanesque architectural style with Moorish and Art Deco elements. 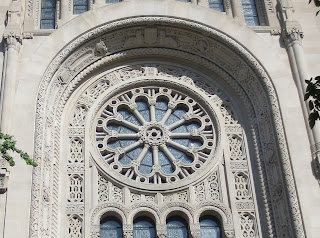 Directly out front of the temple there is an enormous wheel-like window with twelve spokes that represent the twelve tribes of Israel.


Temple Emanu-El is on the site of demolished John Jacob Astor IV mega mansion that had been sitting on the corner of Fifth Avenue and 65th Street from 1895. The house was one of the grandest houses in New York at that time. 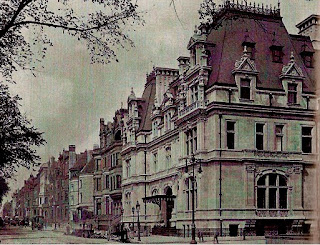 Jack was a great-grandson of John Jacob Astor, the founder of the prominent Astor Family, who arrived from Germany penniless , made fortune with fur trading and made the Astors’ one of the wealthiest families in the America. John Jacob Astor IV went down with Titanic in 1912 after helping his pregnant wife escape into the last lifeboat.


His son Vincent sold the Astor Mansion to developers for $130,000. The salon, library and all of the painting in the ballroom where bought by the John Ringling for his Italian Renaissance style mansion in Sarasota.

John Ringling, who is mostly known as a circus showman and promoter, bought massive bronze doors from the Fifth Avenues entrance of the Astor Mansion. These doors now are at the entrance to the Sarasota Art Museum in Florida. He also purchased many of the paintings that were in the great Astor ballroom and complete fittings of several rooms, two of which are re-installed in Museum. The temple's first ceremony was in September 1929, a few short weeks before the stock market crash. The Emanu-El congregation was the first Reform congregation established in New York City . It was founded in 1845 by 33 German Jews,  who assembled for in a rented hall in Lower East Side. 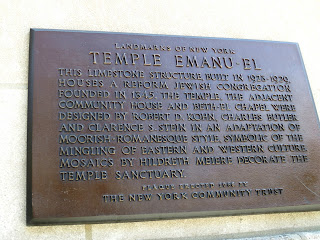 In the end of XIX the mixed seating was adopted, allowing families to sit together, instead of segregating the sexes on opposite sides of a hall. The congregation also eliminated mandatory head-coverings for men. Michael Bloomberg and Eliot Spitzer are the members of the congregation. There is in-house small museum where religious relics, some dating back to the sixteenth-century are kept. Temple Emanu-El also hosts lectures, films, music, symposiums, and other events.