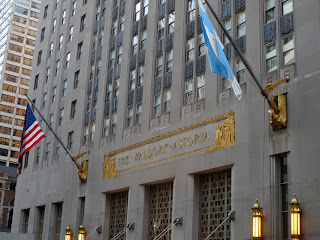 Waldorf-Astoria on  Park Avenue between East 49th and 50th Streets was built in 1931. I told about the history  of the hotel  and the prominent Astor  family ,  known as “the landlords of New York” in  the first Post about “Waldorf-Astoria” and  “En Emanuel” synagogue.

President Herbert Hoover delivered a radio broadcast commemorating the opening of the hotel and congratulating its owners.   He said: “The opening of the new Waldorf-Astoria is an event in the development of hotels even in New York City. It carries on a great tradition in national hospitality. A long line of constantly improving hotels from that day to this has marked the measure of the Nation's growth in power, in comfort, and in artistry”. 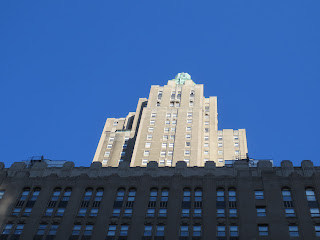 There were under two thousand rooms in the hotel, making it  largest hotel in the United States when it was open. The new hotel  has a handsome corridor an a restaurant which was built to captured the spirit  of the fabled promenade in the old Waldorf “Peacock Alley”.


The Waldorf Towers has its’ own private entrance and elevator lobby on Fiftieth Street and is used exclusively for long-term tenants.  The Towers have 115 suites and 90 rooms on the 28th to 42nd floors. President Hoover  lived in New York in the suite 31-A  for 30 years of the Waldorf Towers after departure from the White House and had a personal waiter. 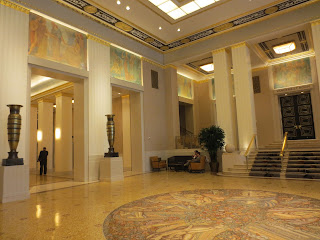 Every president since Herbert Hoover has stayed in the presidential suite.  The President  suite on the 35th floor includes four bedrooms, and the hotel hand-monograms towels for the first lady and president when they visit.
The hotel has its own railway platform (Track 61)  as part of Grand Central Terminal, used by the president Franklin D. Roosevelt.   An elevator  large enough for Franklin D. Roosevelt's automobile provides access to the platform.

When President Bush was in the hotel in 2003 seeking international support for the U.S. resolution on Iraq, the Secret Service arranged for the Metro-North train to be parked at an abandoned platform, always running and ready for instant departure.
Queen Elizabeth II, General Charles de Gaulle,   Nikita Krushchev, David Ben-Gurion were among the gusts of the Hotel. 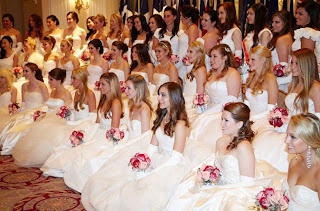 The International Debutante Ball at the Waldorf-Astoria is held every even year in December to formally introduce young high society women. The Ball, founded in 1954, is the most prestigious and the most exclusive debutante ball in the world. Three quarters of debutantes are from US.  France, England, Italy and Germany are represented most frequently.  Each debutante has to be escorted by two men: one United States Military Academy cadet and one American civilian.  28 girls   from all over the world took part in the 2012 Ball.  The price was $16000.Among  the notable past debutantes are the daughter of President Richard Nixon and American fashion designer Vera Vang, the daughter and granddaughter of Malcolm Forbes, the publisher of Forbes magazine, and princesses Natalya and Octavia Obolensky, great-great-great-great daughters of John Jacob Astor
Waldorf salad — a salad made with apples, walnuts, celery, grapes, and mayonnaise or a mayonnaise-based dressing — was first created in 1896 at the Waldorf in New York City by Oscar Tschirky, known throughout the world as Oscar of the Waldorf, who was the maître d'hôtel. 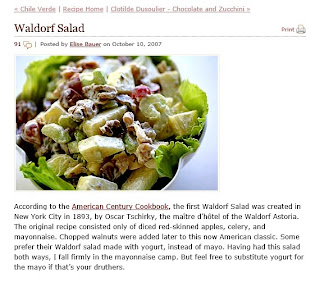 There is a new lush green garden  on the roof filled with planting beds of different vegetables and herbs. There are also six hives brimming with thousands of honey bees. This summer (2013) marks the second year the hotel is harvesting its own honey.
During 2006, the Hilton Hotels Corporation   introduced the luxury brand Waldorf=Astoria Collection. The first three additional member hotels were in  Arizona, Phoenix  on   Maui  and   in California.