Here is the question to you, my dear readers: how old is the oldest monument in New York? Three hundred years, five hundred years?   The correct answer is: the oldest monument is more than 3000 ( yes- three thousand ) years old.
It is Egyptian obelisk, “Cleopatra's Needle “   and it is located in the Central Park just behind the Metropolitan Museum of Art.
This monument was made during the reign of the 18th Dynasty Pharaoh Thutmose III, who ruled Egypt between 1479 BC and 1425 BC, more than 3400 years ago.
All four rectangular sides of obelisk are covered with hieroglyphic inscriptions, added about 200 years later by Ramses II,the most powerful pharaoh of the Egyptian Empire, to commemorate his military victories.
The obelisk is one of the West’s oldest monumental art forms, with some of the most continuity.

The obelisk is certainly a very early invention of the Egyptians. The word "obelisk"  derived from the  Greek word  "obelos"  - a spit.

Obelisks in Egypt were first built around the time the sun cult of Ra became central in Heliopolis ( "house of the sun")  around the time when they were building the pyramids at Giza. Obelisks  were often raised in pairs before temples’ entrances to catch the rays of the rising and setting sun.


Foreign fascination with Egypt is as old as Egypt itself.  After the Romans conquered Egypt in 30 B.C., they brought obelisks home as trophies of a conquered land and today. More Egyptian obelisks stand in Rome, 13  total, than in all of Egypt.

Egyptomania gained wide popularity thanks to Napoleon's campaign in Egypt. In the early 19th century, obelisks became symbolic of international diplomacy and trade relations with Egypt.
There are three genuine Ancient Egyptian obelisks in the world that have the same name.  All three were –re-erected in three different countries. The London and New York ones are a pair, while the Paris obelisk comes from a different original site, Luxor, where its twin remains. London and New York monuments are twins:  both are made of red granite from the quarries of Aswan, stand about 68 feet ( 21 meters ) high and weigh about 224 tons and are inscribed with Egyptian hieroglyphs.  The tallest Egypt obelisk is the Thutmose III obelisk in Rome–105 feet. 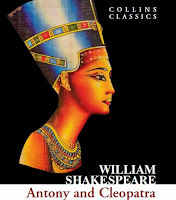 London and New York obelisks  had  been erected in Heliopolis, later moved to Alexandria by  the Romans during the reign of Caesar Augustus  and set up in the Caesarium  — a temple built by Cleopatra (hence the name Cleopatra's Needle) in honor of her dead lover Mark Antony.
Queen Cleopatra VII was the last pharaoh of Egypt.  She ruled ancient Egypt   for almost three decades. Her romantic liaisons with the Roman leaders Julius Caesar and Mark Antony, her supposed exotic beauty and powers of seduction and the secrets of her death made her famous.  Her lover Mark Antony heard a rumor that Cleopatra had committed suicide. He fell on his sword, and died just as news arrived that the rumor had been false.

According to Plutarch, a Greek historian, Cleopatra killed herself with the poison of a snake known as the asp, a symbol of divine royalty.  Cleopatra's tragic life inspired a number of books, movies and plays, including Antony and Cleopatra by Shakespeare and British-American-Swiss epic drama film "Cleopatra", one of the most expensive films ever made. 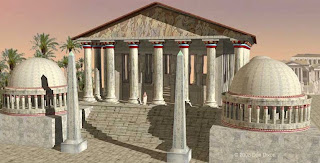 Fifteen years after Cleopatra  had committed suicide,  Augustus, the founder of the Roman Empire and the First Emperor,  finished and redecorated Caesarium , moved  two  obelisks   to Alexandria and set them up in front of the temple. With the adoption of Christianity in 360 the temple became the Cathedral of Alexandria. It was destroyed in 912 AD.