The importance of the north light :Gainsborough studious 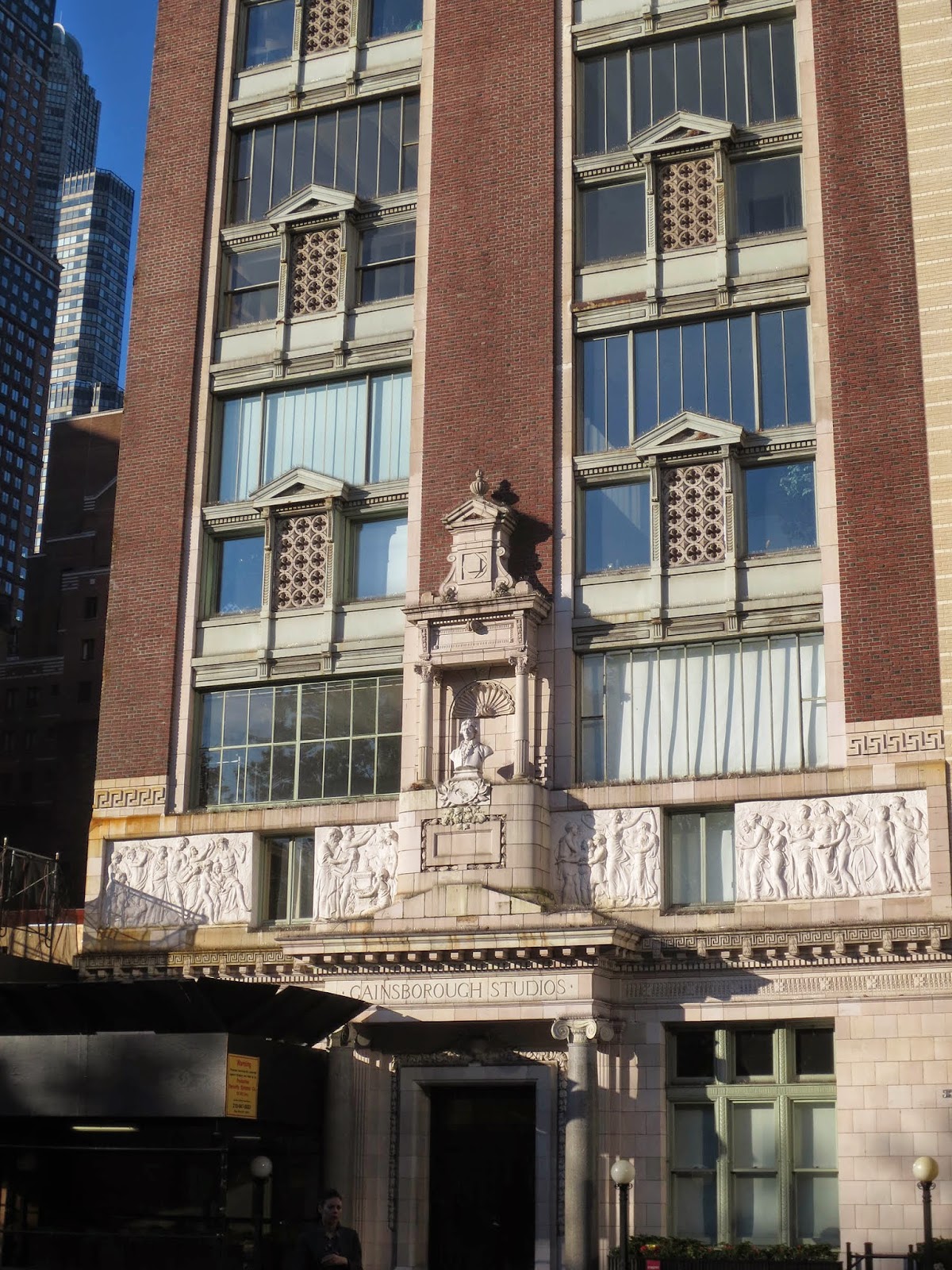 For centuries, artists have understood the benefits of painting with north light which has helped produce some of the greatest paintings in history.
In the northern hemisphere the sun moves across the southern sky. As the sun moved, the light would be constantly changing, in both direction and intensity if the artist studio has a south exposure.  The window on the north side of the studio would not be subjected to the direct light of the sun but would, rather, receive only a soft diffused light reflected off the northern sky.

Studious with the large  windows to the north were  always in great demand in New York.  I already wrote about  Rodin Studios (200 West 57th) in one ofmy  posts.

Several minutes by foot from Rodin studious there is another example of the artists coop built at the beginning of the 20th century- Gainsborough studious  on Central Park South.
Central Park South was a perfect location for the intended studio. Facing the park, the artists were guaranteed that their northerly light would never be blocked by construction. The posh Plaza Hotel was completed in 1907, giving the neighborhood added prestige; and the American Fine Arts Society Building was a mere two blocks to the south.    West 59th Street did not become Central Park South until 1896, by action of the city council.

The name came  from August  Franzen,  portrait painter and the president of the Gainsborough Corporation,  who admitted that Thomas Gainsborough’s work was a model for his own.
The cooperative purchased and demolished the home of millionaire Walter E Delabarre at 222 Central Park South in 1907.  To design this special type of Architecture the members of the corporation hired architect Charles Buckman, who was very interested in the design of duplex apartments. Because the northern light was available only on one side of the building there were smaller apartments located to the rear of the house.
According to the tenement house law of this tome apartment building could not be more than one and half times as high as the width of the street In order to avoid the legal problems, Gainsborough studios were classified as a hotel with communal kitchen and dining room on the first floor an minimalist kitchenettes in the apartments.
There were  18-foot ceilings, mahogany and oak woodwork, built-in cabinets with leaded glass doors and art tiled fireplaces.  The building had   package and telephone room  , a  central vacuum cleaner system, laundry room and storage room .
Perhaps the most striking future the building is the frieze that separates the first floor from the others. Konti's "festival Procession" terra-cotta frieze show people of all ages carrying gifts to the altar of arts. There is a bust of Thomas Gainsborough in the niche that rises to the third story level.


The Gainsborough Studios was landmarked in February 1988, The Landmarks Preservation Commission calling it “an unusual building, well-adapted and suitably decorated for its specific purpose.”