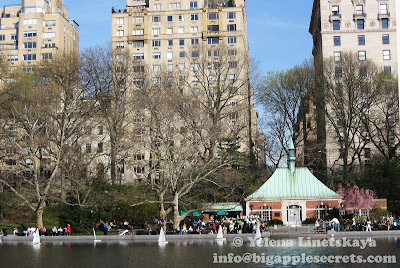 In 1858,  Frederick Law Olmsted and Calvert Vaux won a design competition with a grand proposal entitled the Greensward Plan which would transform that wilderness into a place called Central Park.

The plan included, among other things, a large glass house for tropical plants.  However, due to a lack of funding the Conservatory was never built and the area configured as a “floral parterre” was turned into a pond called “Ornamental Water” .   The pond now known as Conservatory Water was inspired by the Grand Bassin,   model boat pond in Paris' Luxembourg Gardens.
Jardin du Luxembourg (Luxembourg Gardens)   near the Latin  Quarter is probably the most popular park in Paris. In front of Luxembourg Palace, built for Marie de' Medici, in the center of the park, is an octagonal pond, known as the Grand Bassin.
Conservatory Water  in Central Park is very popular for boating in the spring and summer. There is a copper-roofed boathouse at the  east of the pond. The building features a cafe with light refreshments and has restrooms.  Inside model yachts are housed. The sailboats are either privately owned or rented at a cart provided by the boathouse. 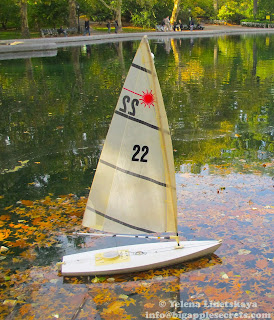 In  1875 the article in New York Times reported on  "Miniature Yachting in Central Park” :   “On June 19th a field of 13 schooners and 4 sloops raced.”    A Times article dated July 8, 1875 reported on “a second miniature yacht regatta in Central Park”. It said that, “No less than 2,000 spectators were present to witness the sport…” and ”was sufficient to prove that the experiment of miniature yachting is destined to be successful wherever it in introduced" .


In 1916 the Central Park Model Yacht Club was organized   when a group of model boat enthusiasts met at their "headquarters", a small wooden boathouse located near the pond.
In 1934, model boat races in Central Park were at their peak with as many as a thousand model boats racing each other. After the wooden structure that served as the clubhouse burned down in the early 1950's, in 1954 a new Boathouse was built. 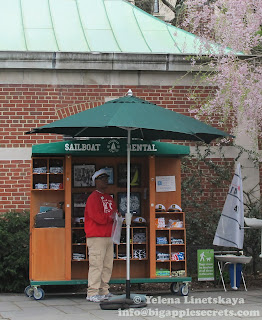 Model boating is now dominated by yachts equipped with radio receivers that control rudder and sail. Since boats cost from $100 to several thousand dollars, few skippers sail in high winds or rain. Only 29 boats are allowed on the water at a time, to prevent the jamming of the control devices, so collisions are rare.


Over the past 20+ years club  members have continued to compete every Saturday on Conservatory Water.  This weekly event has appeared in countless television shows and movies, including Sex and the City, Breakfast at Tiffany's, The Mirror Has Two Faces.


But it is not necessary to be the member of a club to enjoy the boating!    From April through October, children and boat enthusiasts can  rent radio powered boats as well as uniquely constructed sailboats with large wind driven sails.

The price is 10 dollars for  30 minutes. No reservations- first come, first served, and no boating in rainy days. 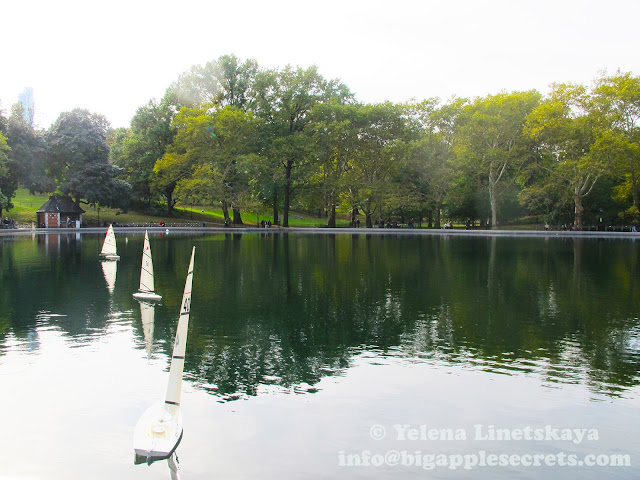 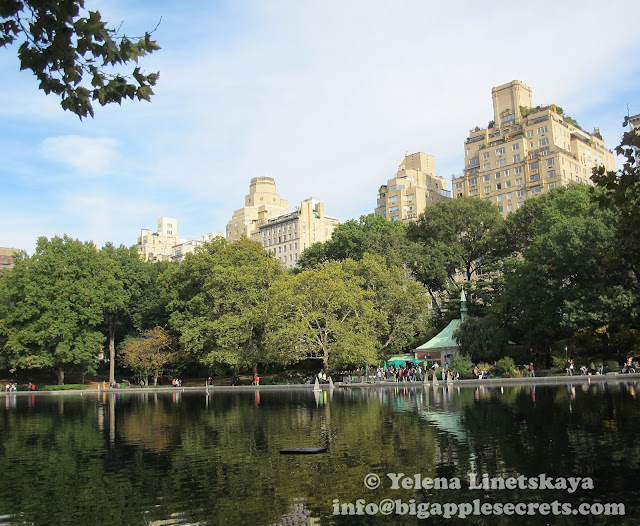