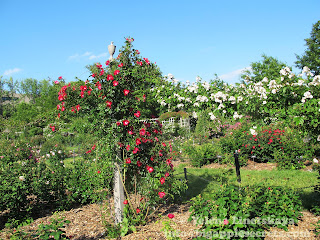 Brooklyn Botanic Garden is just several strops from Manhattan.  It is the best place to see the flowering magnolia trees in the beginning of the spring.  The garden was founded in 1910. Every year there are  about a million visitors from all over the world. In my previous posts  I told   about the garden and about its' bonsai collection.  But June is a rose month!   Collection of roses in Brooklyn Botanic garden is one of the largest in the country  and in June roses are in full bloom. 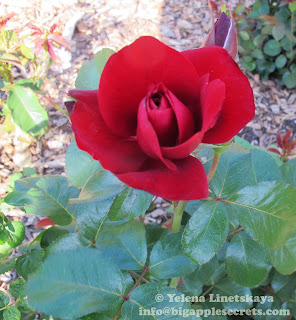 The rose (Latin, rosa, in Greek, rhodon) is a sacred symbol of regeneration, purity, virginity, fertility, sexuality, secrets, and most of all, love.

It is believed that roses were grown in all the early civilizations   at least 5000 years agoRose fragments have often been found inside burial tombs. 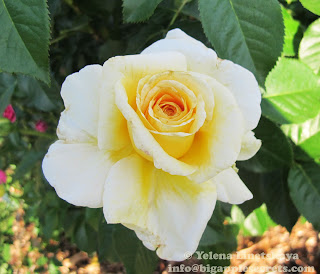 In Greek mythology, the rose with five petals became the five-pointed star (pentagram or pentacle) of the Goddess of Love, Aphrodite and the red petals of the rose are the blood of Lord Adonis. The ancient Roman festival called “Rosalia” was part of the cult of the dead from the first century. In Alchemy red and white roses enter into the general red/white duality symbolizing the primer elements sulphur and mercury.
White Rose and Red Rose become first in the European history political symbol of fight for power. The War of Roses ended in 1485 with arise of new power - house of Tudor when Henry Tudor won the throne of England and united the red rose of Lancaster with the white rose of York. 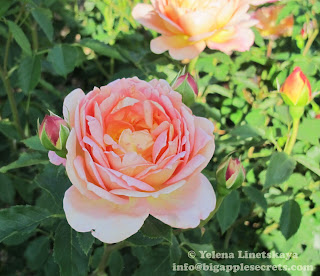 On November 20, 1986, President Ronald Reagan, signed Proclamation 5574 declaring the Rose to be The National Floral Emblem of the United States of America. Each of the 50 states has also adopted an official state flower, including the rose in New York, the Oklahoma rose in Oklahoma, the Cherokee rose in Georgia, and the wild prairie rose in Iowa and North Dakota.
Ornamental roses have been cultivated for millennia, with the earliest known cultivation known to date from at least 500 BC in Mediterranean countries, Persia, and China.   The predecessor of the modern rose garden   was planted by the French empress Joséphine de Beauharnais, the wife of  Napoléon Bonaparte at  Château de Malmaison in the years between  .  At her death in 1814, the garden included more than 250 varieties of roses. 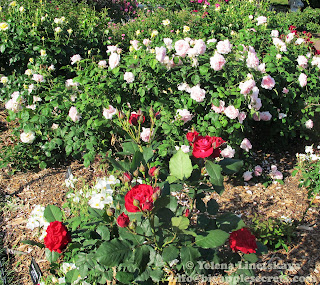 In 1927, Walter V. Cranford, a construction engineer whose firm built many of Brooklyn's subway tunnels, donated $15,000 to BBG for a rose garden. Excavation revealed an old cobblestone road two feet below the surface and tons of glacial rock, which had to be carted away on horse-drawn barges.


There are over 5,000 bushes of nearly 1,400 kinds of roses, including wild species, old garden roses  and  hybrid tea roses.  And right now the roses, of every shade from white to  pink to that perfect deep red are flowering in all their glory  - so now is the time to visit, before, as they say, the bloom is off the rose…. 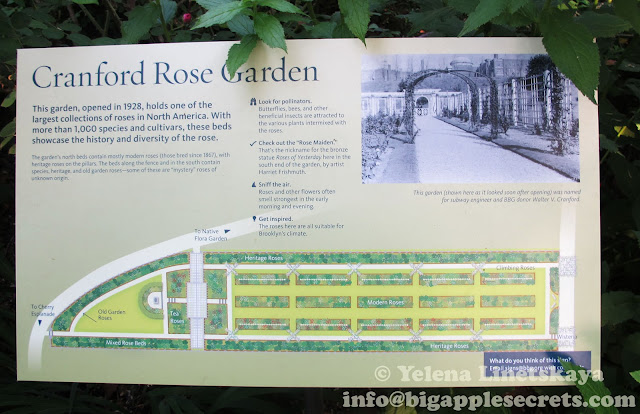