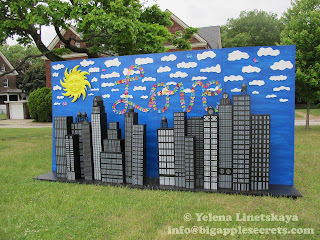 Dictionary sais: Figment is something produced by the imagination : something that does not really exist.  Andy Warhol,    American artist,  who was a leading figure in the visual art movement known as pop art,  once commented that he’d like his tombstone to say only one word: “Figment.”

FIGMENT is a completely free annual festival of participatory art and culture taking place in multiple cities across the globe.  FIGMENT’s annual   event began in New York  on Governors Island  in 2007. At the time that FIGMENT began, Governors Island was a new public venue that had recently (2003) been turned over from the Federal Government to New York City, with a very specific set of restrictions: there could be no permanent housing on the island, no casinos for 50 years, and significant portions of the island had to be used for educational and cultural purposes. Governors Island is  located  800 yards from the southern tip of Manhattan Island.   For almost two centuries,  Governors Island was a military base.  In 2003 the federal government sold 150 acres of Island to the people of New York.  You can read about the island in one of my posts . 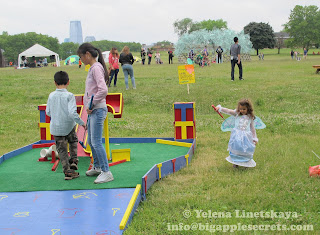 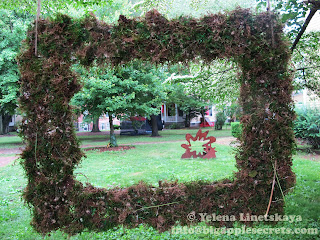 FIGMENT is based on 11 principles including participation, inclusion, decommodification and leave no trace.  FIGMENT does not sell anything on the Island, and does not allow commerce of any kind.


There are two big installations on the Parade Grounds. One is  the Billion Oyster Pavilion by the Long Island City, which partners with the Governors Island Alliance to restore one billion live oysters to the New York Harbor. The pavilion’s woven canopy is made of steel rebar, nylon rope, and hose clamps.


Another is   The Organic Growth Pavilion,   inspired by flowers that can actively respond to the natural environment—like hydrangeas. To replicate that type of responsiveness, artists  uses broken objects like umbrellas, stools, and bicycle wheels and crafts them into flower-like structures. As with the Billion Oyster Pavilion, the materials used in Organic Growth can be reused after the pavilion is dismantled.
The designers envision the broken umbrellas and larger elements from the pavilion as sun and shade protection devices for public spaces in New York or as decorative chandeliers.
There are several  projects  this year  that I really like. One of them is   imaginary Japanese game show where you dress up and battle in kiddy pools with super soaked plush toys.  Another  one is  The Love Yourself Project . 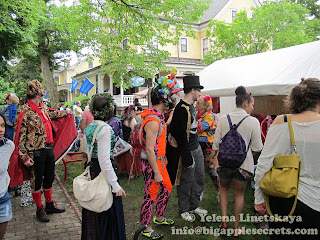 Project leaders  believe   that with a strong relationship to the self, every individual can contribute to a future with loving regard for all living beings and the environment.
There is  a tent with free carnival costumes for kids and adults and a lot of  activity for kids.  There is  also a  place where you can experience some music from an actual Thomas Edison Cylinder phonograph from over 100 years ago. 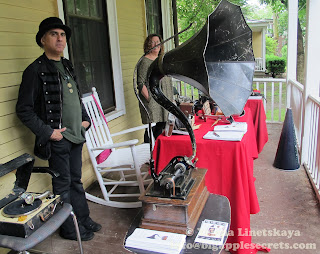 I visited  FIGMENT today, June 6th  and highly recommend the event to  everybody, especially family with kids - you still have  time tomorrow  to go to the Governors Island !


Governors Island is open every day from May 23 – September 27  from 10AM to 6PM on weekdays and from 10 AM  to 7 PM on weekends. Ferries  to the island run from Lower Manhattan  every day   and run from Brooklyn Bridge Park’s Pier 6 on Saturdays, Sundays, Memorial Day and Labor Day. 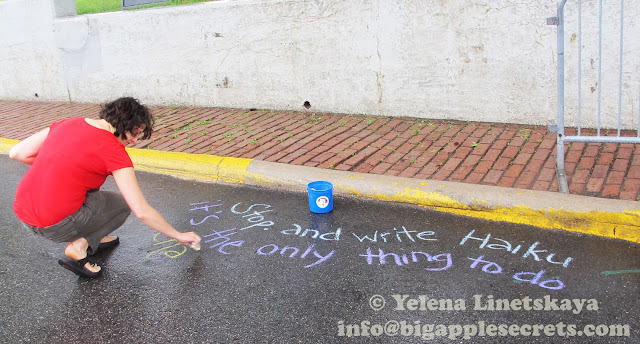 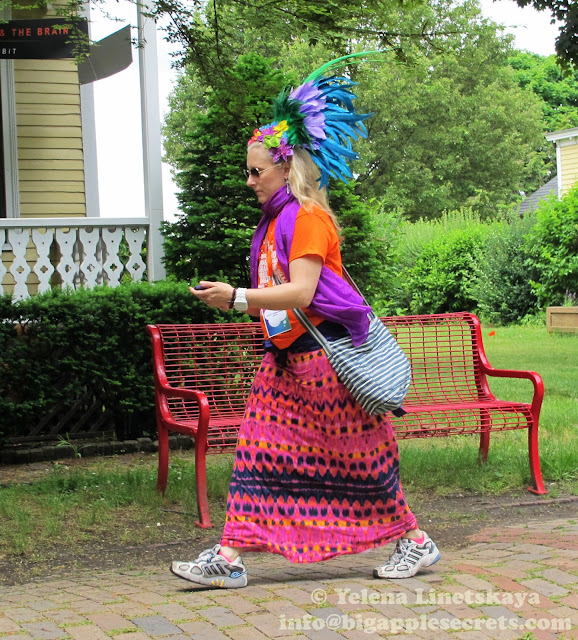 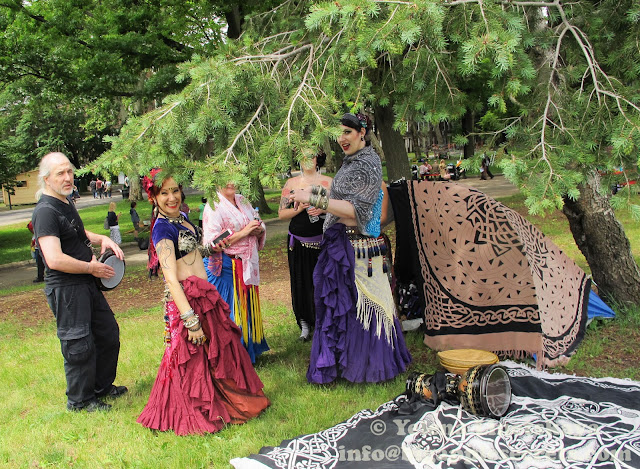 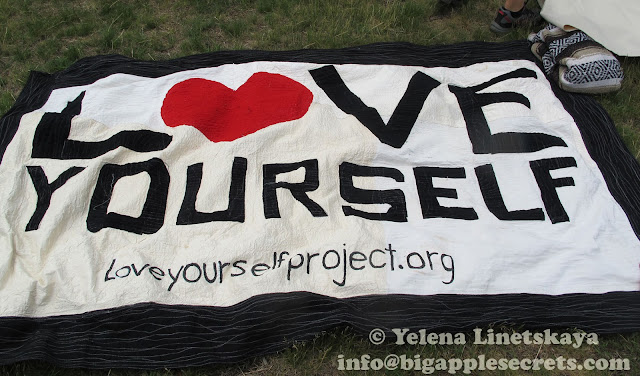 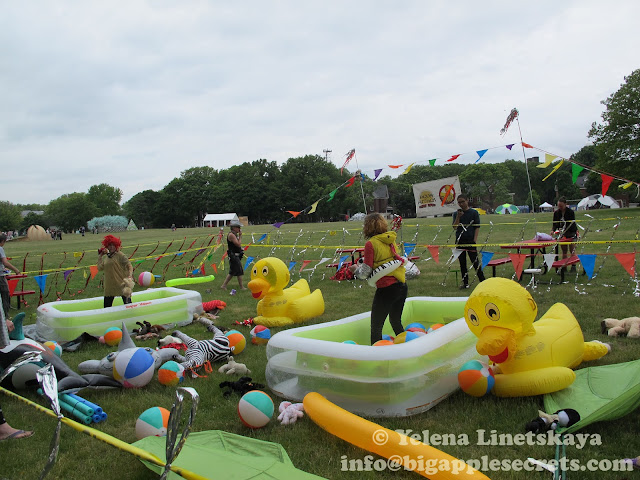