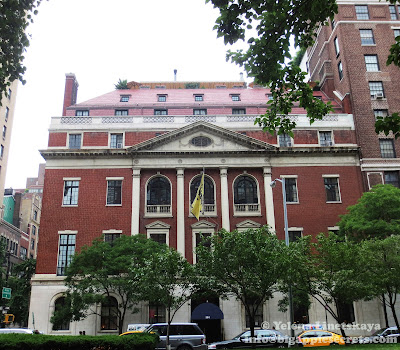 New York has a long tradition of private clubs that are designed to keep outsiders at bay.   Each different club may appeal more to artists, or authors, or politicians, or city planners, depending on their charters. Hone Club was the greatest dinner-giving club for upper class merchants, James Fenimore Cooper founded   Bread and Cheese Club (which was  not devoted to food, but rather literary pursuits), the City Club was  described as an “anti-bad-city government club”.  All of these clubs shared one feature: they were only for men! 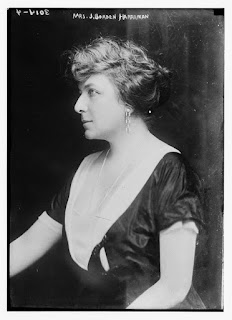 The only club that was  created only for women is  The Colony Club.  The Club was founded in 1903 by  Florence  Harriman(1870-1967) ,  American   socialite. Florence  was  remarkable woman. She participated in the Versailles Peace Conference, was appointed the United States Minister to Norway by FDR in 1937,   led one of the suffrage parades down Fifth Avenue.  Harriman wrote one of the first publications on the Holocaust and Auschwitz Concentration Camp, “Oswiecim, Camp of Death,” published in March 1944 before the camp's liberation by Soviet troops.
At age 84  Florence led a parade in Washington DC to protest “taxation without participation".  U.S. President John F. Kennedy honored her by awarding her the first “Citation of Merit for Distinguished Service.” She often found herself in the middle of historic events.  As she stated, “I think nobody can deny that I have always had through sheer luck a box seat at the America of my times".
The club's treasurer, Anne Morgan, who was also interested in social reforms, was sometimes referred to as the richest woman in the world -- her father was J. Pierpont Morgan. 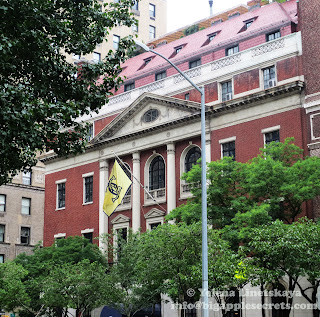 The founding members established an initiation fee of $150 and annual dues at $100, which put the Colony Club on the level of the most expensive men’s club.    Members were also asked for contributions to finance construction of the clubhouse.  J. P. Morgan, whose three daughters were all members, agreed to subscribe $10,000 if nine other men would do the same.
The New York Times published a complete membership roster on the first anniversary, which included four Vanderbilts, four Whitneys, the three daughters of J. P. Morgan and  Mrs. John Jacob Astor.
The Colony Club served as an athletic facility for its members. It  featured a gymnasium, a pool, a running track, and other standard athletic facilities for the benefit of its members.


When the club opened, the key difficulty proved to be the liquor license.  A law prohibiting liquor licenses within 200 feet of a church without the church’s  permission. The first club first facility was erected on Madison Avenue at 29th Street, across the street from  Madison Avenue Baptist Church.
The club was not able to get a liquor license until it moved north to its larger quarters on Park Avenue . The  second clubhouse, located at 564 Park Avenue, was    constructed from 1914 to 1916. 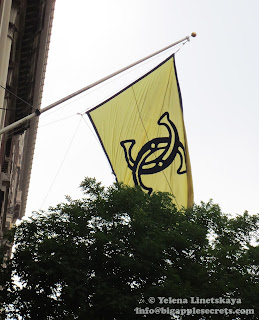 The 80,000 square foot clubhouse has seven stories and includes 25 guest bedrooms, three dining rooms, two ballrooms, a lounge, a squash court, an indoor pool, a fitness facility and three personal spa service rooms. The Club currently has 2,500 members.
Dress code is very strict. Appropriate clothing for ladies includes suits, dresses, skirts, tailored slacks, blouses and sweaters.  Jeans and denim apparel of any color or  other “five-pocket style” pants  are strictly prohibited.  Forget about casual Capri and cargo pants, shorts and  T-shirts.  Gentlemen must wear jackets, collared shirts and ties. Men may enter the Clubhouse without wearing ties only during the summer when dining on the Roof Terrace.
Today, men are allowed in the restaurants and the pool. The club has its' own squash court  and squash instructor who gives daily lessons to members, their families and guests. The club continues its policy of women-only membership – new members must be recommended by current members.
Posted by Секреты Большого Яблока