Cartier on 5th Avenue: Pearl necklace for the house.

At the turn of the last century Fifth Avenue in midtown was known as "Millionaires' Row."    In 1902    William K. Vanderbilt offered the corner lot at 52nd Street and 5th Avenue for sale.  His own magnificent mansion was diagonally across the street from the lot. Vanderbilt did not want to see any commercial development so close to his home.  Morton F. Plant, the son of railroad tycoon Henry B. Plant, purchased the land, agreeing to Vanderbilt's stipulation that it could not be used for commercial purposes for 25 years. 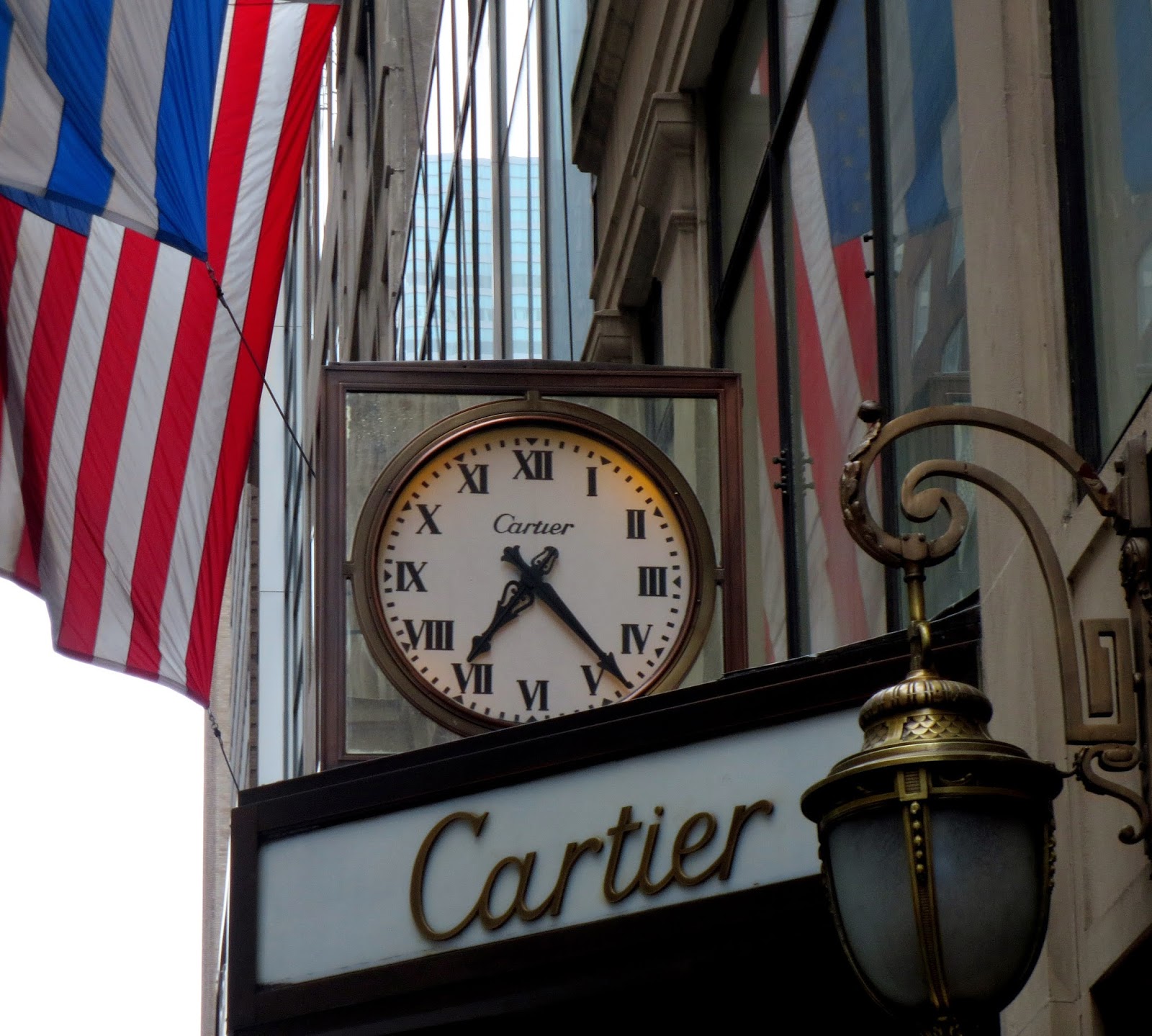 Over the next three years, Plant, and his wife, Nellie, built a six-story, marble and granite, neo-Italian Renaissance-style mansion.    In  1913, Nellie Capron Plant, Morton's wife of 26 years, died. Less than 10 months after the death of Nellie Plant, Morton Plant announced his engagement to Mae Cadwell Manwaring.  Plant was 61 and  Mae- 31.
Shortly after their marriage, Morton and Mae Plant decided  to  sell the mansion on the corner of 5th Avenue and East 52nd Street - they disliked the rapid commercial redevelopment nearby.  The couple bought a lot on the northeast corner of 5th Avenue and 86th Street and  built   a six-story building, with 100 feet of frontage overlooking Central Park. 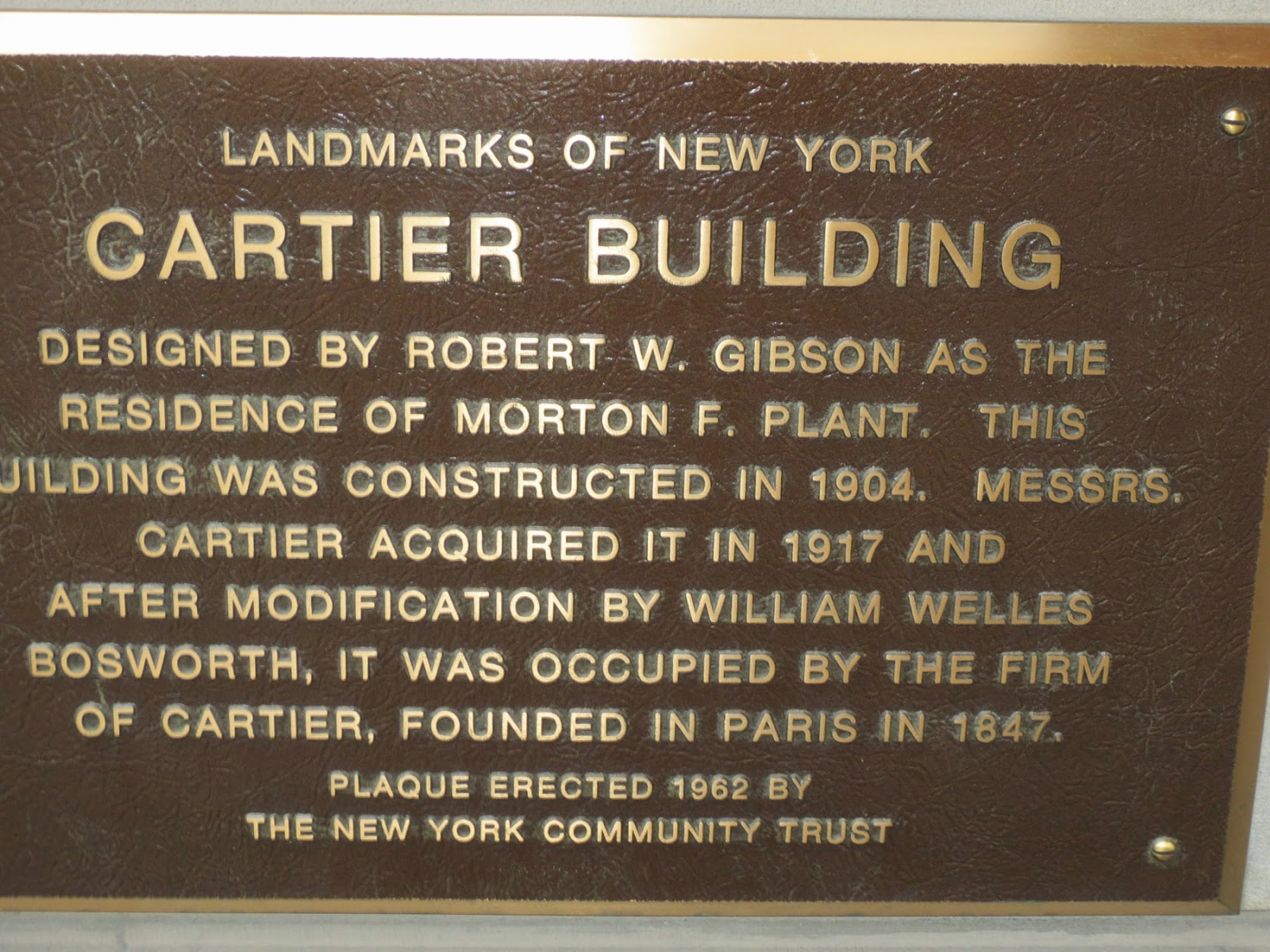 The house on East 86   does  not exist anymore- it was demolished.  In 1960 a  19-story, beige-brick apartment house  ( 1050 Fifth Avenue)  was  built on this lot.
Cartier is well known for its jewelry  and wrist watches.  Cartier company was founded in 1847 in Paris when  Louis-François Cartier inherited the jewelry workshop  from his master Adolphe Picard.  King Edward VII of England referred to Cartier as "the jeweler of kings and the king of jewelers” . 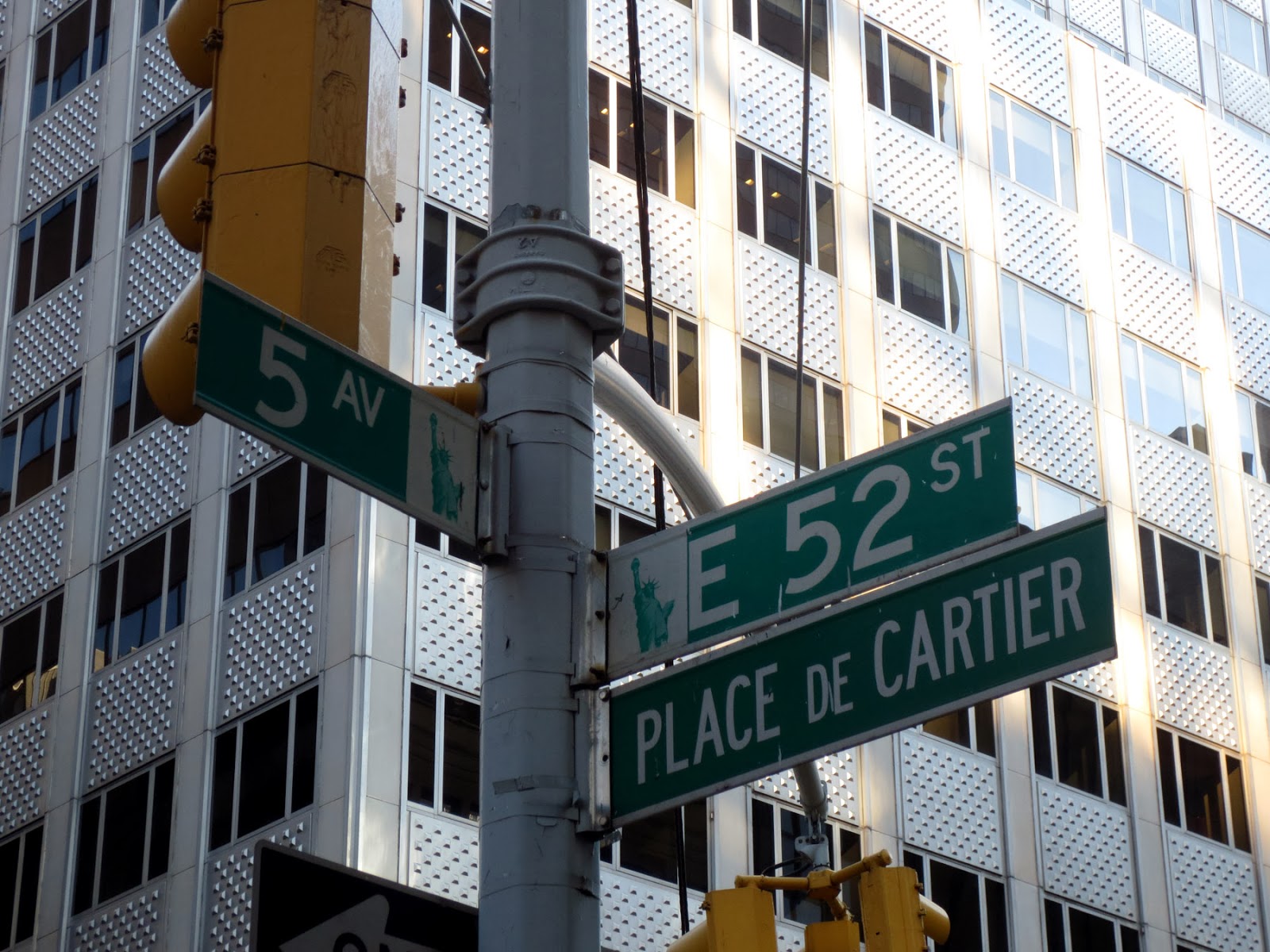 In 1907  Cartier held its first exhibition and sale in Saint Petersburg (Russia).  Shortly after, it was appointed as official purveyor to Tsar Nicholas II of Russia.  In 1910. Cartier bought  a “Hope Diamond”   for 550,000 francs ( about $100.000) and sold it in 1911 to Ms. McLean   for  $300.000. In 1949  after her death the diamond was sold to  New York diamond merchant Harry Winston- you can read about him in one of my posts.
In 1915 Louis Cartier place his   first natural, double-stranded Oriental pearl necklace costing $1.2 million   on exhibition all over the world including Paris, London, and New York City.
Mae Plant  had great admiration this  necklaces and her husband arranged a deal to sell the mansion on East 52nd Street  to Pierre Cartier for $100 and this double strand pearl necklace. 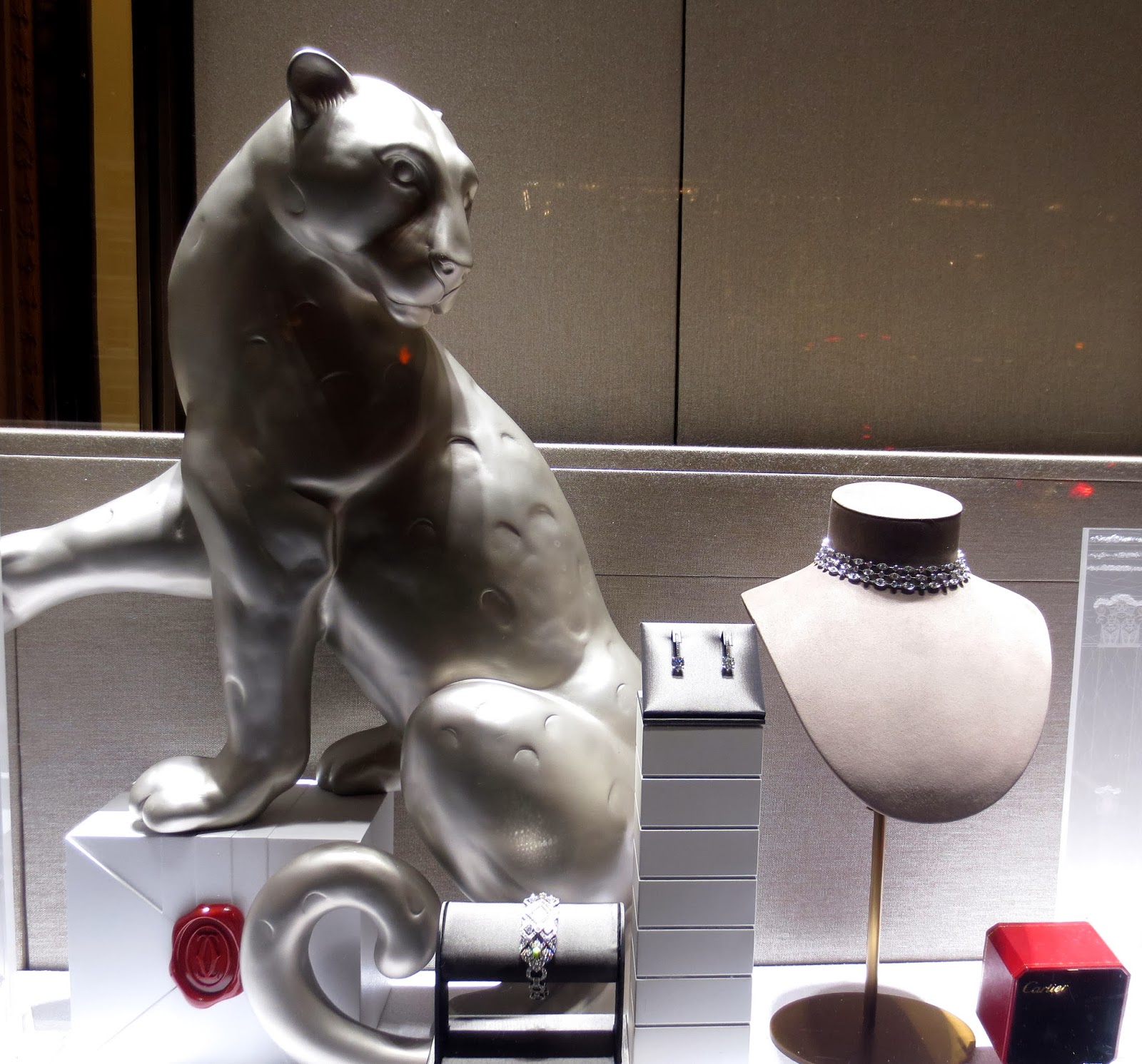 The value of the necklace decreased significantly after the advent of cultured pearls. Mae died in 1956 and the  necklace was sold at an auction in 1957  for a mere $170,000.   In recent times, however, natural pearls have seen a resurgence of desirability. The famed Baroda Pearls, a double strand of 68 natural pearls, being sold at auction at Christies in 2007 for a record $7.1 million. 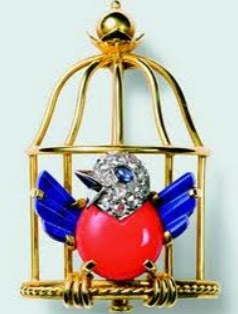 Pierre Cartier established the New York City branch in 1909. He moved to it’s current location in 1917. The Rockefeller family architect supervised the transformation. The addition of the New York brunch turned the company into a worldwide institution.
Marilyn Monroe sang "Cartier!" in the film "Gentlemen Prefer Blondes". 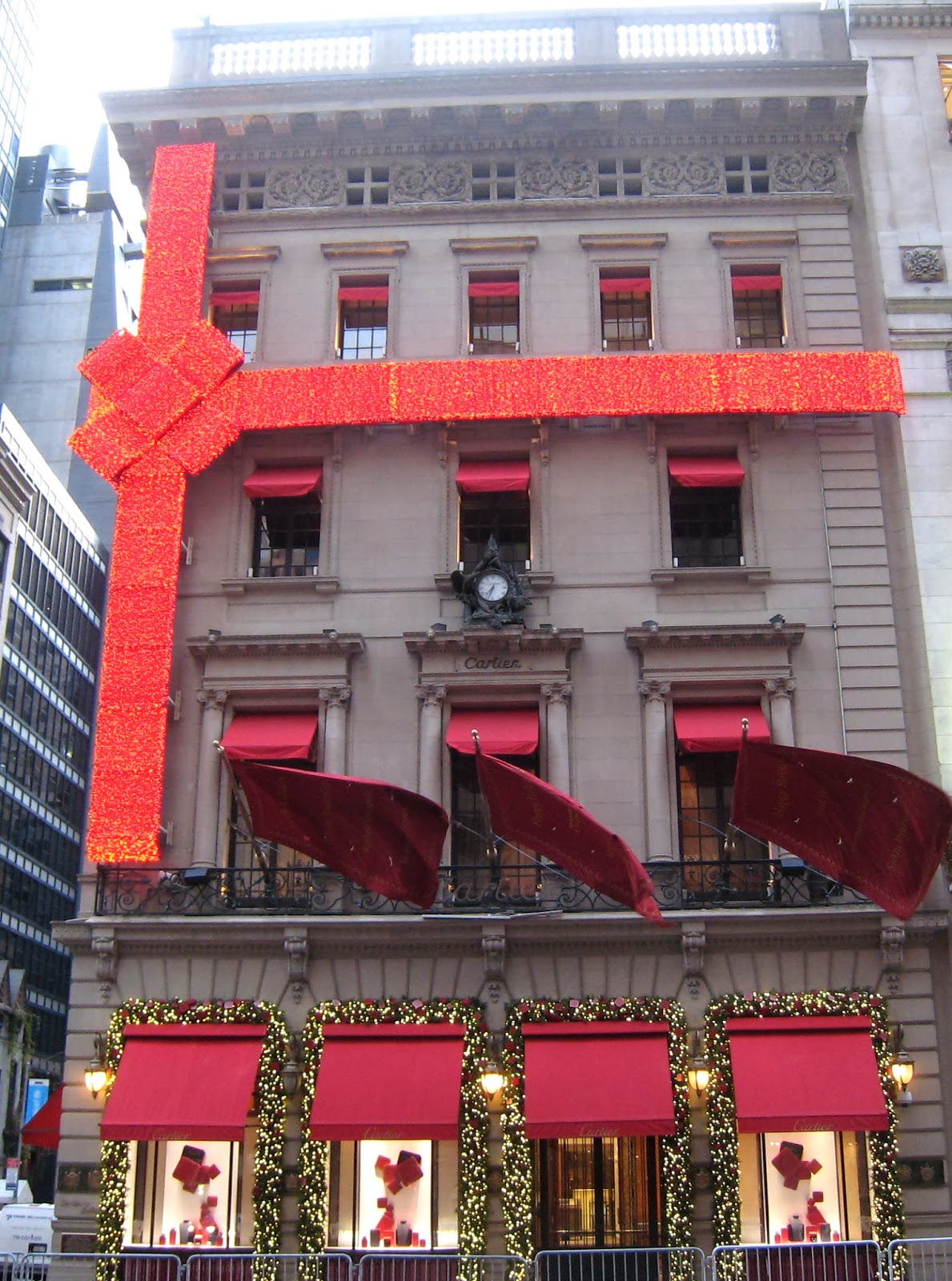 In 1942 Cartier created the "Caged Bird" brooch as a symbol of the Occupation. In 1944  the "Freed Bird" was created  to celebrate the Liberation of France.

Started from 1979  every year Cartier  house in New York is adorned for the holidays with a red bow and ribbons that wrap up the  building.
Five suspects with hammers entered the store  and 52nd Street at about 12:30 p.m. on January 30, 2014  , smashed open a glass display case. Police said they made off with 16 watches worth more than $700,000.
As of February 2, 2014 two of the five bandits have been busted, cops said.
Posted by Секреты Большого Яблока