San Remo - one of the most exclusive coops in Manhattan. 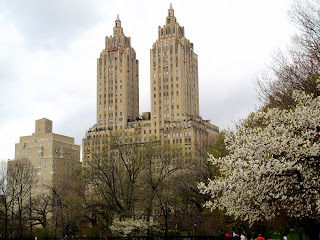 The San Remo (145 and 146 Central Park West)  is a   27-floor, co-operative apartment building in Manhattan located between West 74th Street and West 75th Streets. It is the first twin-towered building to rise in New York.
Past and present residents of the building include Steven Spielberg, Donna Karan, Demi Moore, Dustin Hoffman,  Bruce Willis. Steve Jobs bought and renovated a penthouse apartment but never lived in it.﻿ The San Remo sits on the location that was previously occupied by a hotel of the same name. 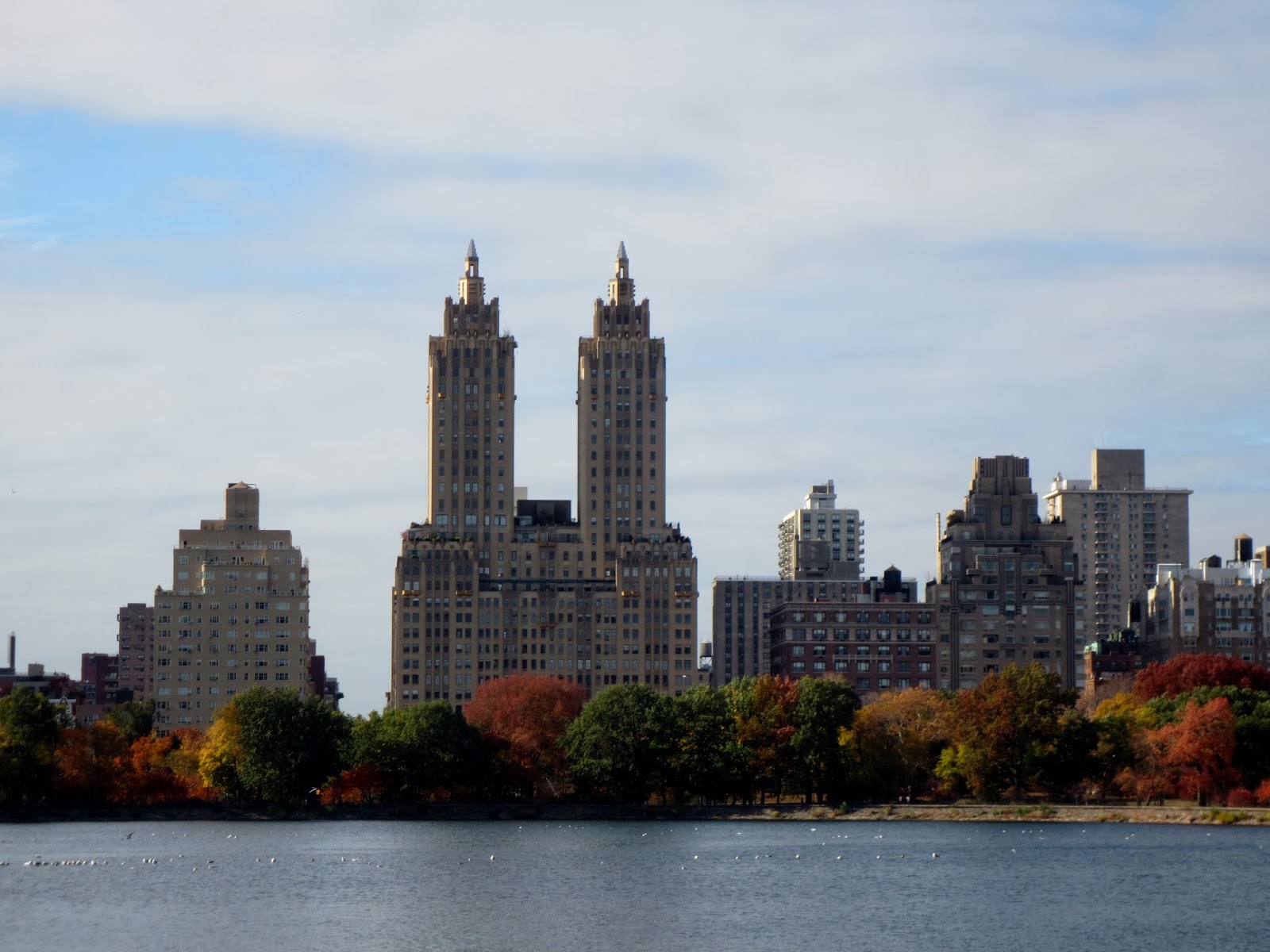 In  1940 the most expensive apartment in the twin towered Art Deco masterpiece was rented for $900 a month by a  stockbroker . Another, with room for a family of five, plus the requisite cook, butler and maid, rented for $540.   In February 2013  one of the apartments   was  listed  for rent  with  the  asking price is $29,750 a month. Nationally, according to U.S. inflation data, since 1940 rents have risen 1,014 percent, so they have gone up about 11-fold. In New York  the increase is of 2,787 percent—close to twice the rate of inflation. 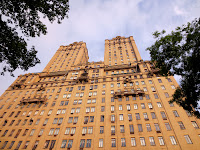 The legendary Emery Roth, of Emery Roth and Sons, was the architect behind the design of the San Remo.  Construction began in 1929, weeks before the market crashed, and took approximately two years to build it.
Emery Roth was born to a Hungarian Jewish  and  emigrated to the United States at the age of 13. During the years between the first and the second World wars  Roth's firm built   some of the most famous coop building in New York  such as  Beresford and Eldorado on  Central Park West and  Ritz Tower  on  Park Avenue. When he died in 1948, he left a remarkable legacy of over 250 apartment buildings in New York City.


There are two towers of 10 floors each  in San Remo emerging from the lower 17 floors of apartments. Originally designed to conceal water tanks, Roth’s towers eventually evolved into a major element of his designs.
The circular temples at each top  which were inspired by the ancient The Choragic Monument of Lysicrates near the Acropolis of Athens.﻿﻿﻿﻿

The Great Depression left more than a quarter of the units unoccupied.  In 1940,  the San Remo and the Beresford at 211 Central Park West, completed by  Emery Roth in 1929,  were sold for $25,000—total—over their existing mortgages.

The building has been a privately owned co-op since 1972. The board did turn down an application from Madonna in 1985—presumably because of her paparazzi following.

There are 138 apartments in the San Remo now, although the number fluctuates as apartments are combined or split.   The North tower has one apartment on each floor. With its better views of midtown, the South tower was considered more desirable and was built with duplex apartments. Units are in very high demand and generally cost no less than $2.5 million dollars. As of January 2014  there are two available apartments for sale  - three bedrooms from $6,495,000  and five bedrooms from $7,595,000. 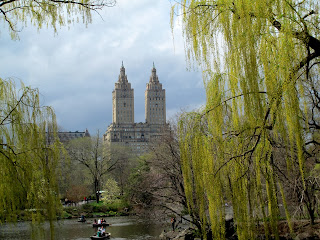 In  2004 election, the San Remo was the single most giving address to Democratic causes. In 2012  New York Times reported  that residents of the building have donated $395,000 to Romney's campaign and just $112,000 to Obama's. A San Remo couple, Kevin and Karen Kennedy, gave $105,000 to the Romney side.
On December 23, 2013, philanthropist Robert Wilson committed suicide by jumping from his 16th floor apartment in the South Tower.


Central Park West   filled with some of the most famous residences in New York City( and San Remo  on the list)    form the Federally designated Central Park West Historic District that runs from 61st to 97th Streets along the western edge of Central Park.