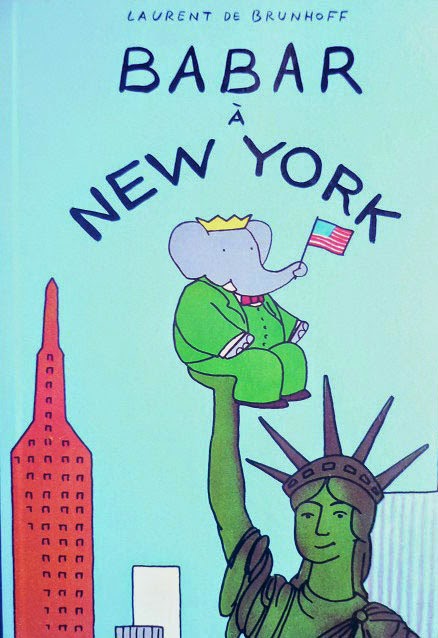 Do you know what is the most famous elephant in the world?  The right answer is : Babar the Elephant!

“In the great forest a little elephant is born. His name is Babar. His mother loves him very much. She rocks him to sleep with her trunk singing softly to him.”


Barbar  was created by  Jean de Brunhoff,  the French artist. His had two  sons Laurent and Mathieu, who  were born a year apart, in 1925 and 1926. Their  mother Cécile told her two sons a bedtime story about an unnamed baby elephant and the delighted boys repeated it to their father. Jean named the elephant  Babar, improved the story  and illustrated it in watercolor.    "Le Petit Eléphant"  was published  in France in 1931 and translated into English as "The Story of Babar" two years later. Both versions, which end with a grown-up Babar marrying Celeste, were instant hits.
Mr. de Brunhoff  wrote five more  Babar books. He did not complete the sixth one and  died of tuberculosis in 1937, at age 37. At that time his  son Laurent was twelve years old.
Throughout his childhood Laurent  had watched while his father drew elephants and wrote of their adventures.  When his Uncle Michel (the Paris editor of Vogue) asked Laurent to assist with the coloring of Jean’s last two Babar stories, which had been published in a newspaper  in black line only, Laurent happily assisted .

After graduating from   Académie de la Grande Chaumière in Montparnasse,  Laurent  worked as an abstract artist.  After the second World War, when Laurent was in his early twenties, he returned to the family story he had heard as a boy.
In 1985 Laurent de Brunhoff moved from France to the United States. He lives now  in New York, on East 82 and Third Avenue.  Together with his wife Phyllis they discuss the concept for each new Babar book; Phyllis then writes the text while Laurent continues to illustrate.

One of Laurent’s  recent books, Babar’s Museum of Art ( published  in 2003), features his renderings of well-known paintings with the subjects  replaced by elephants. 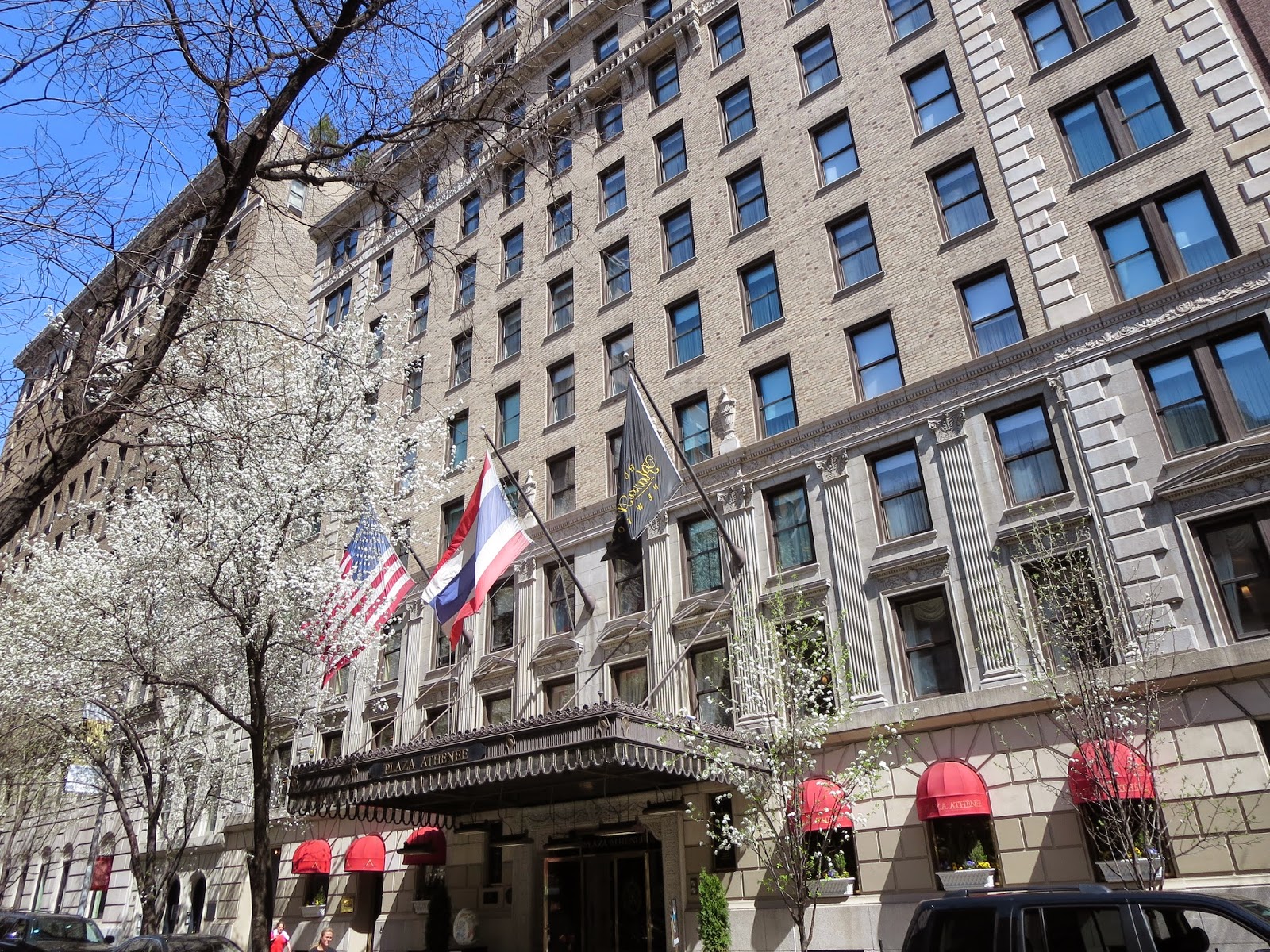 The 30 inch Babar egg sculpture designed by  Laurent De Brunhoff  is installed  on the steps of the Upper East Side hotel,   Hôtel Plaza Athénée.
There is a Babar Children Package in hotel that includes accommodations for two adults and up to two children, breakfast and  Babar Gift Bag with  Babar toy, Babar kaleidoscope and  “Babar Comes to America” story book. 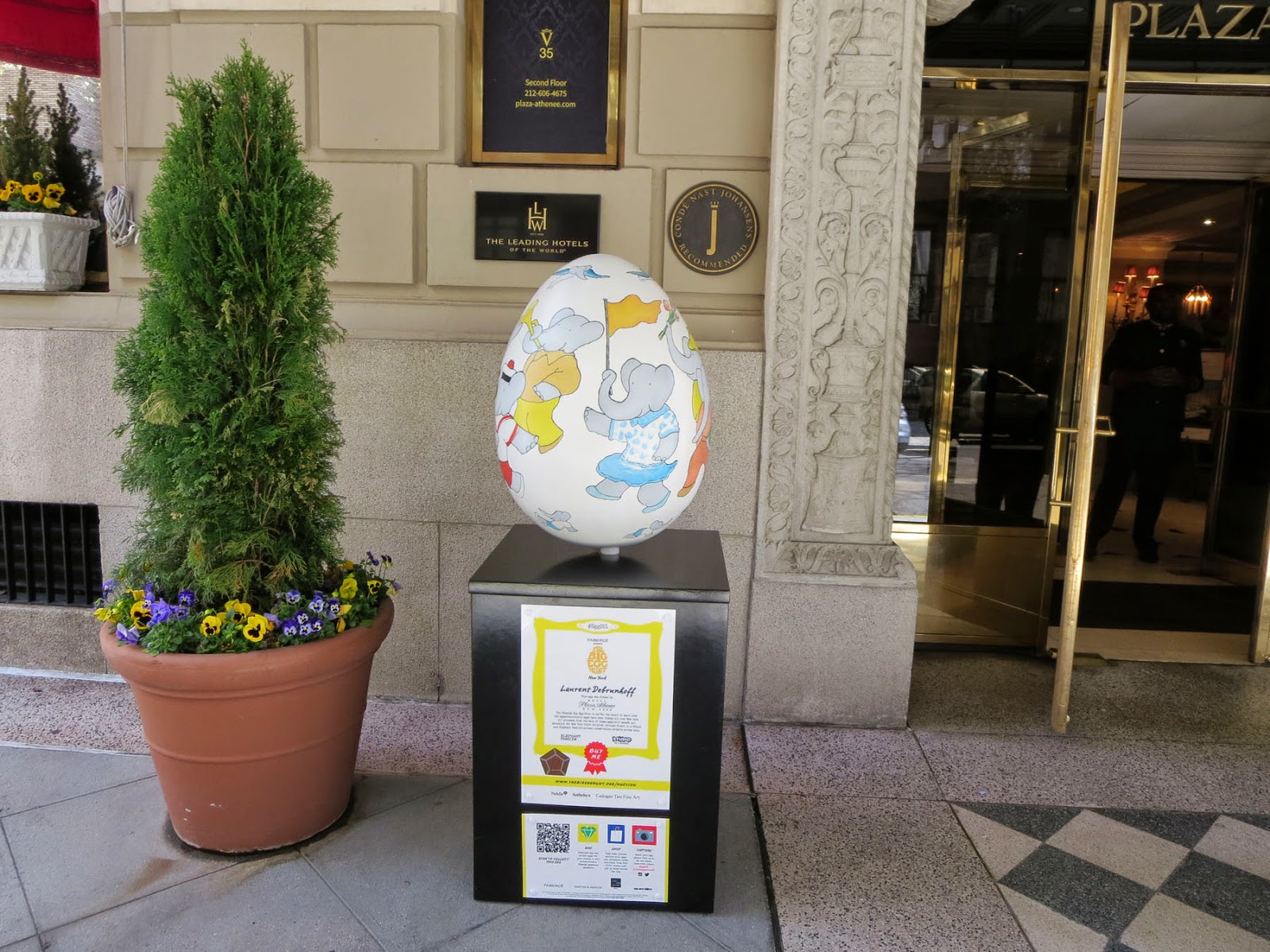 “Babar loves all holidays! I wanted his egg to be festive and celebratory,”the author of the book   De Brunhoff said. “I thought of the Easter Parade as I saw it in Fred Astaire’s film and tried to imagine the inhabitants of Celesteville having their own Easter parade.

As it evolved, it became more a generally festive parade and less specifically an Easter Parade. The parade also served a design function, because it allows movement and invites the viewer to walk around the egg, which was an effect I wanted to have.”