Out of Hand: Materializing the Postdigital.

3D printing  is a process of making a three-dimensional solid object of virtually any shape from a digital model.  Charles Hull, later the co-founder of 3D Systems, invented  stereo lithography, a  printing process that enables a real 3D object to be created from digital data.   3D printing works by depositing layers of a material -- usually a form of plastic -- to build up a shape. 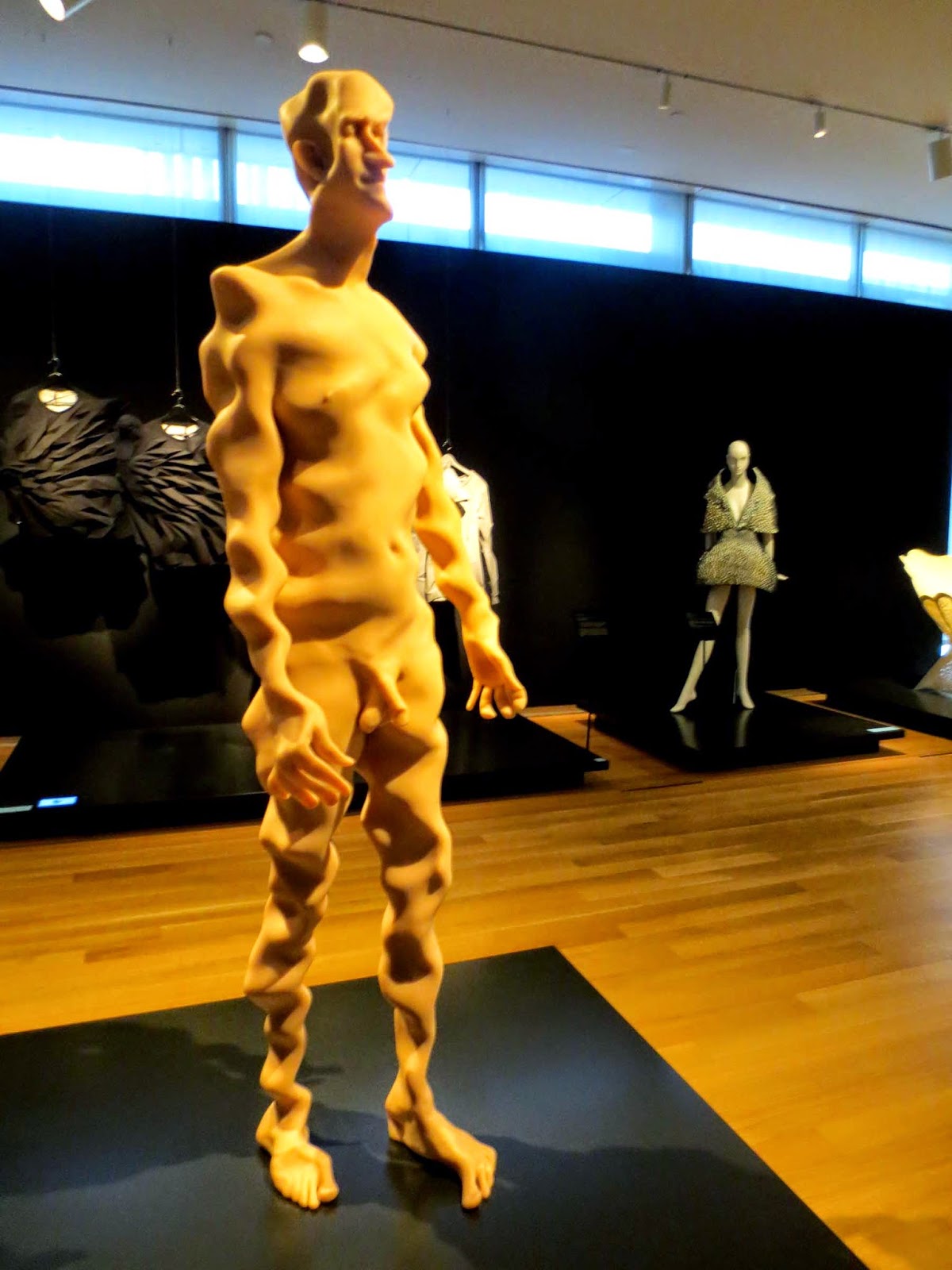 The first working 3D printer was created in 1984.  In 2011 the first car with a 3D printed body was built.  In the same year gold and silver were used in 3D printer for the first time. Two year later the first 3D printed gun, called the “Liberator,” was  created. The company was forced to take down the blueprint for the gun from its website by the Department of State.


3D printers in the early days was very expensive. As we moved into the 21st century, costs drastically dropped. The 3D printer with the price $10,000 in 2010 now could have a price tag less than $1000! Starting form the last year Staple started selling 3d printers. Welcome, new world!
"Out of Hand: Materializing the Postdigital"  is the exhibition at the Museum of Arts and Design (MAD)on Columbus circle, Manhattan , exploring the impact of   3D printing and other   computer-assisted methods on contemporary art,  architecture, and design.

"The digital revolution that opened the computer age is over. The amazing digital achievements of the last few decades are now taken for granted – reflecting a critical shift in thinking that has ushered in the postdigital era. In the world of art and design, discourse is no longer preoccupied with the technology in and of itself. Rather, interest lies in how technology may be creatively applied in the interplay between digital and analog, natural and man-made, biological and cultural, virtual and real. " is written on the wall in  the museum.


The exhibition features more than 120 examples of sculpture, jewelry, fashion and furniture  by eighty-five artists, architects, and designers from twenty countries.  There are  three floors of fantastic digitally fabricated creations, defined by curator Ron Labaco as anything using "computer-assisted production". 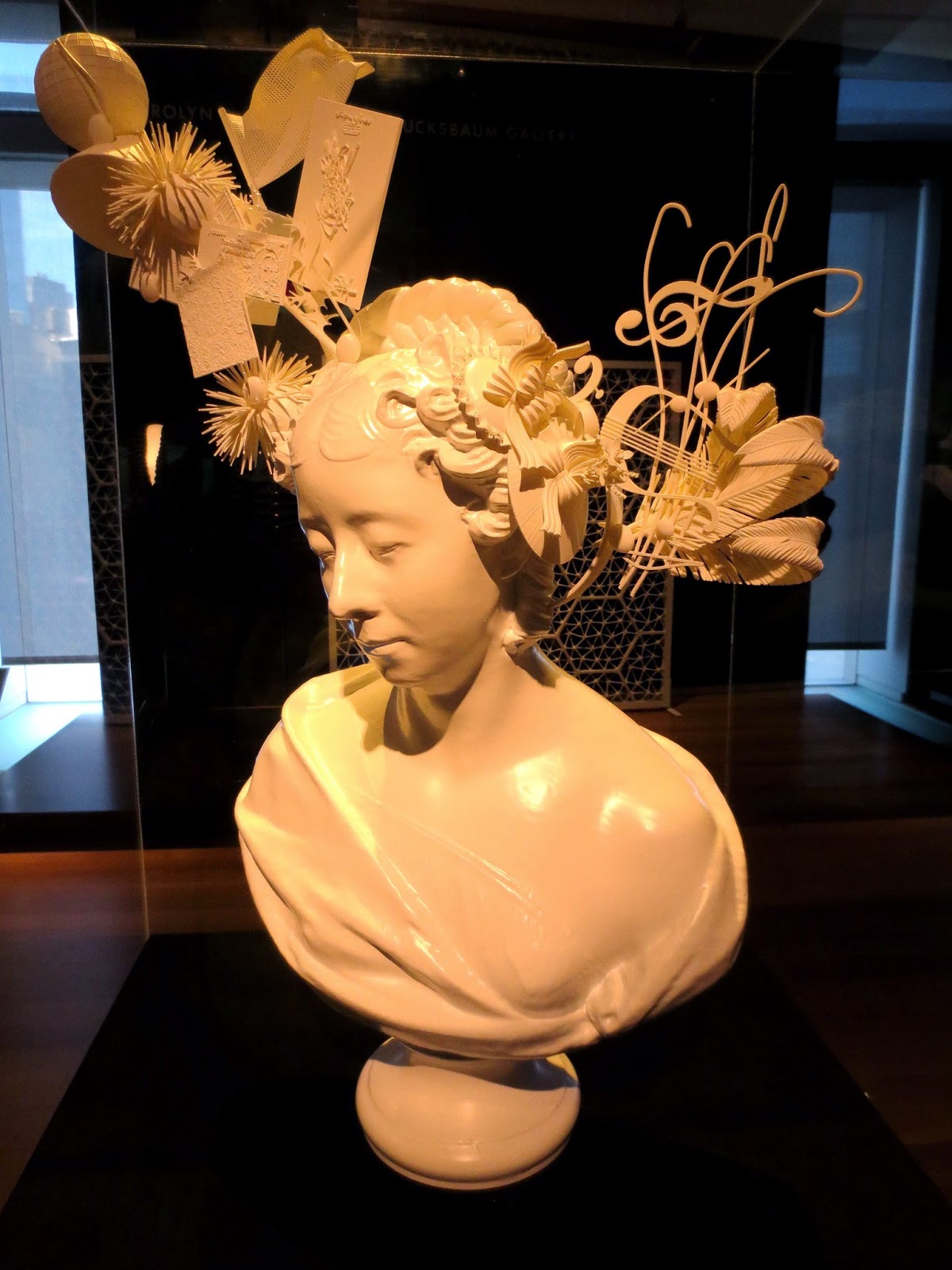 The exhibition  demonstrate different uses for computer-assisted production methods.
Visitors can  try out technologies including computer-aided modeling software and 3D printers, while designers-in-residence will be on hand to demonstrate some of the processes.  You can be 3D scanned   and 3D printed into mini statues  by an in-house high resolution 3D printer.

The exhibition has something for everybody, from architects and designers  programmers and other technology nerds.  You  really don’t need to know anything about design or digital fabrication to have your mind blown at the Museum of Arts and Design.