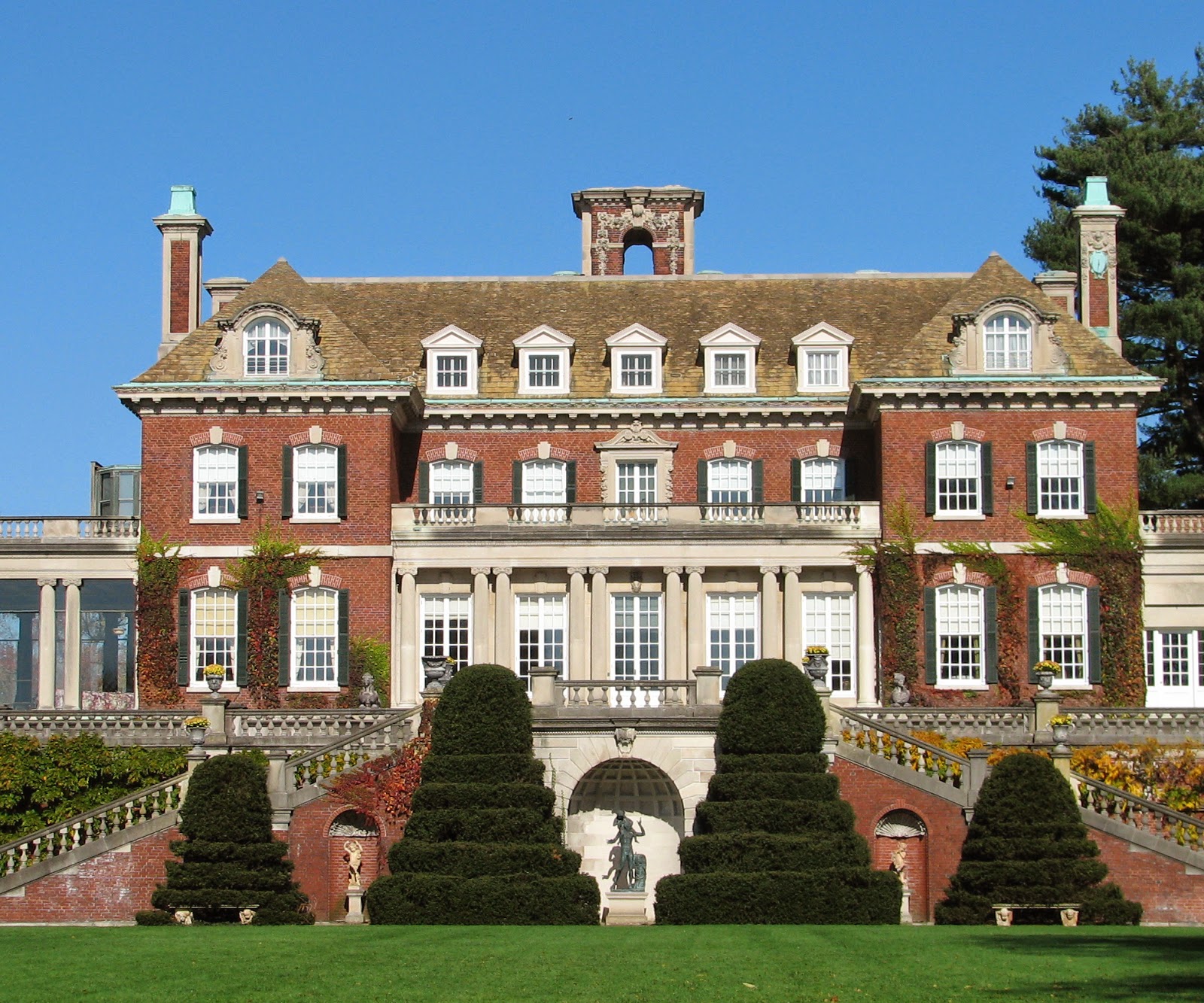 Twenty five minutes from mid-town Manhattan, the village of Old Westbury on Long Island’s North Shore, the most southern extension of the famed Gold Coast,  has one of the top ten wealthiest zip codes in America.  At the turn of the last century, Long Island's Gold Coast was the most fashionable escape for America's wealthiest citizens. Old Westbury Gardens is perhaps the most recognizable of all Gold Coast estate,  most of which date to around the beginning of the twentieth century . 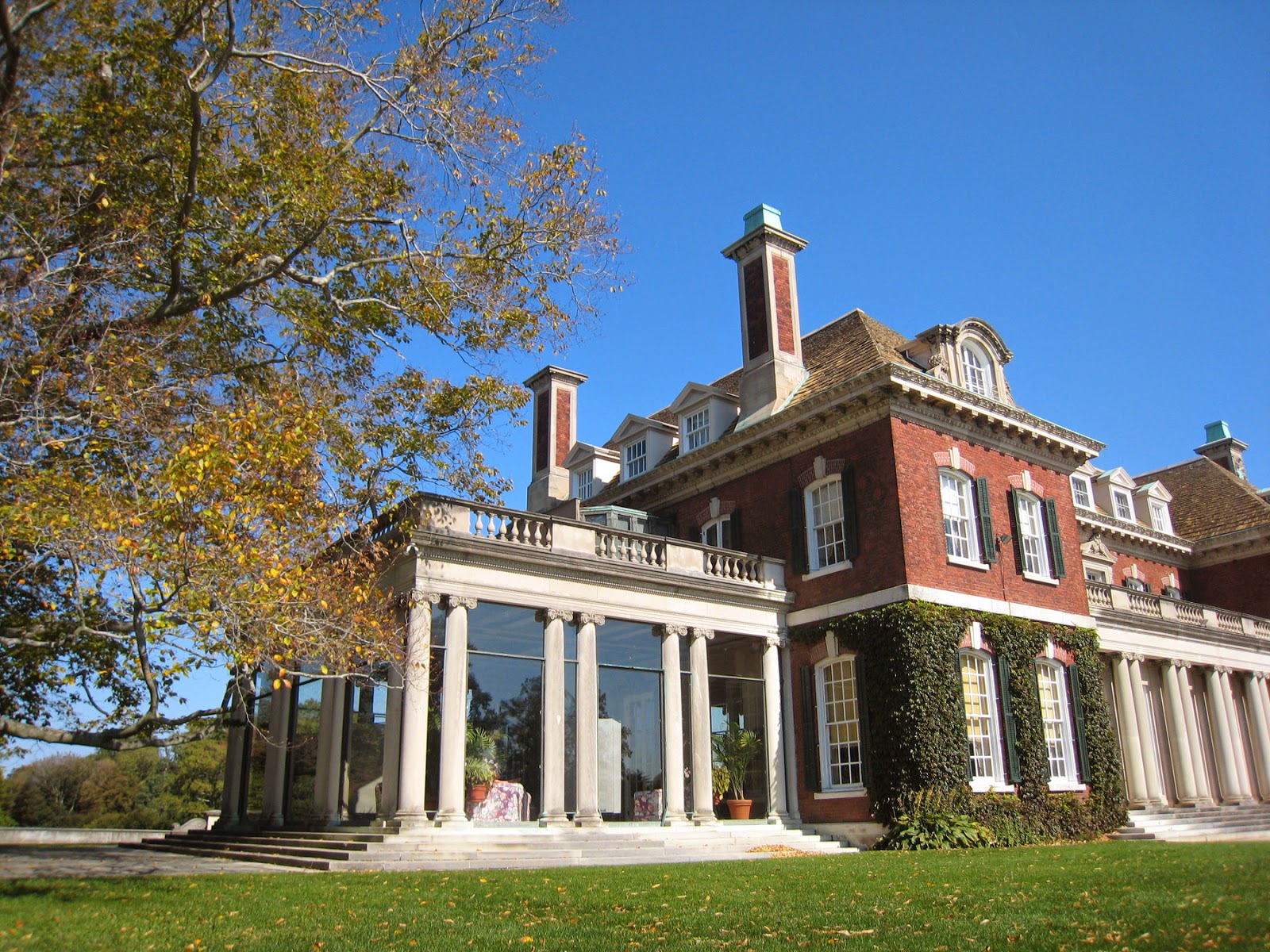 Jay Phipps, son of Henry Phipps, who had made his fortune in the steel industry, had bought over 175 acres of Long Island property, dotted with Quaker homesteads.  Jay was the son of a Henry Phipps, a shoemaker from England who was   childhood pals with   Andrew Carnegie.
An English Restoration-style manor house,  completed in 1906,  was built by Jay and his wife    Margerita (Dita) Grace, of the Grace shipping family.   The story is that Jay persuaded Dita to marry him with a promise of an English manor house and gardens for her, like those in which she lived during her teens. 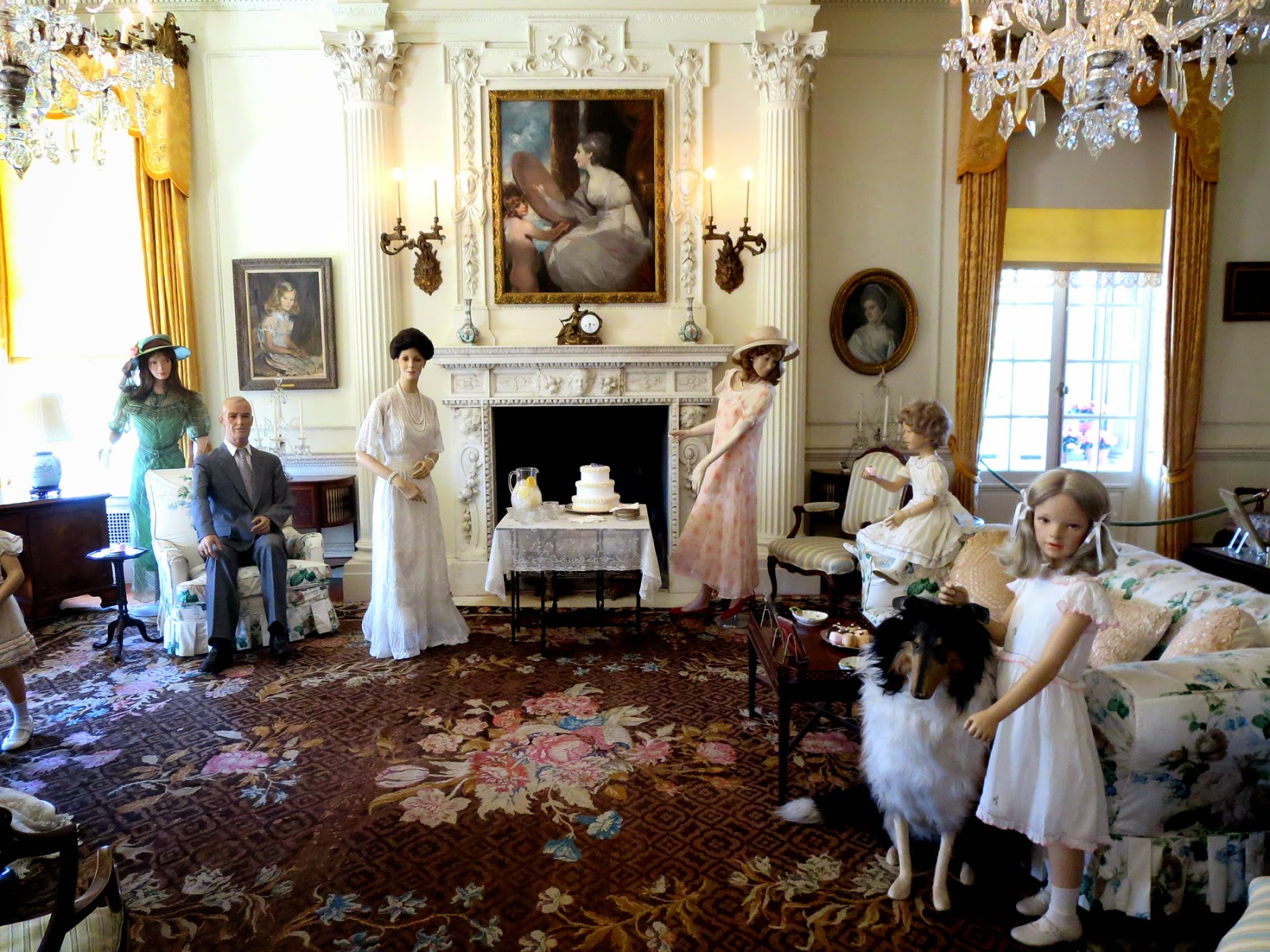 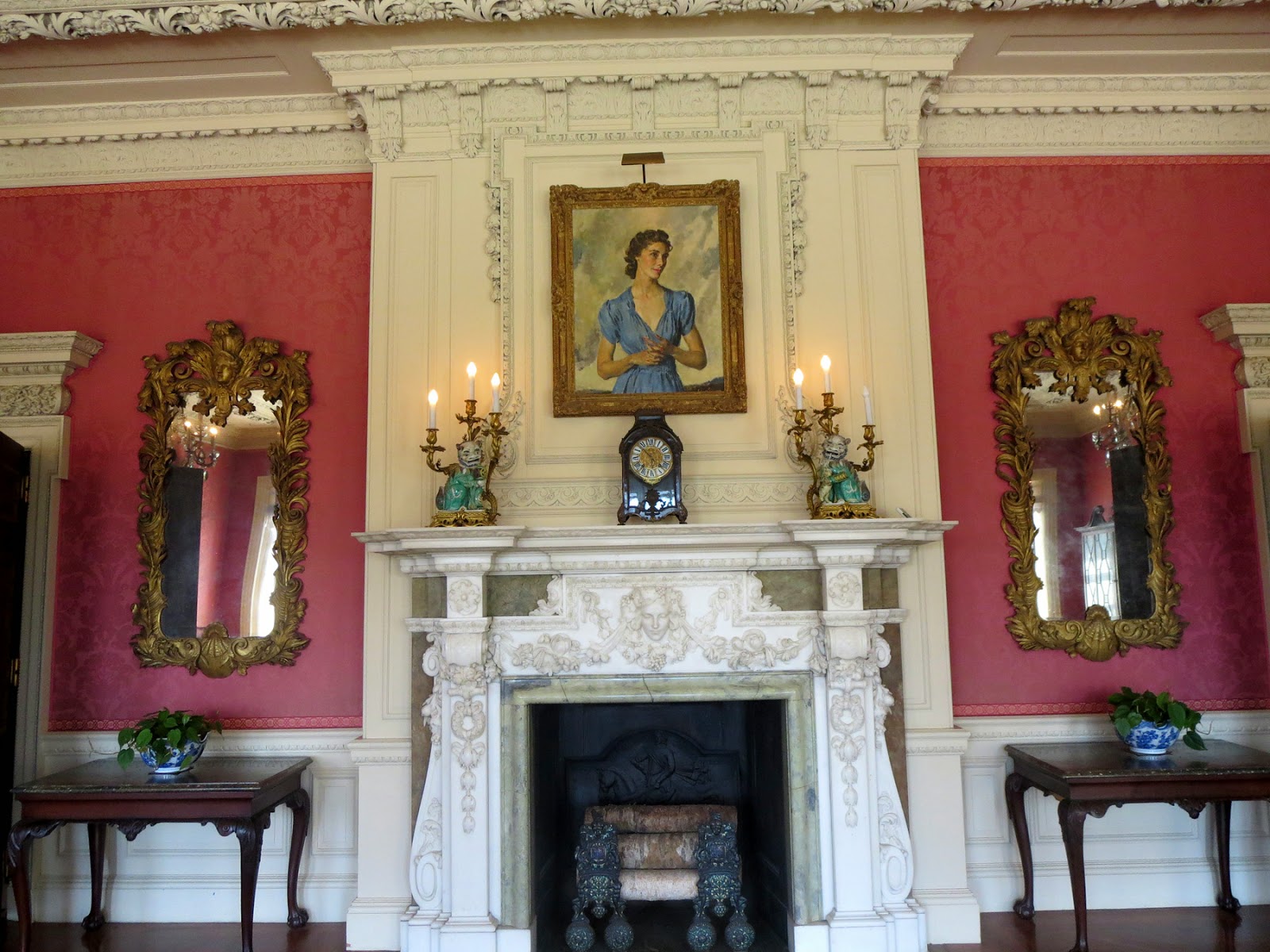 Jay and Dita raised four children in this home, living here from September to January of each year. Westbury House was a happy house for a large happy family- it was  filled with children   and their beloved dogs. 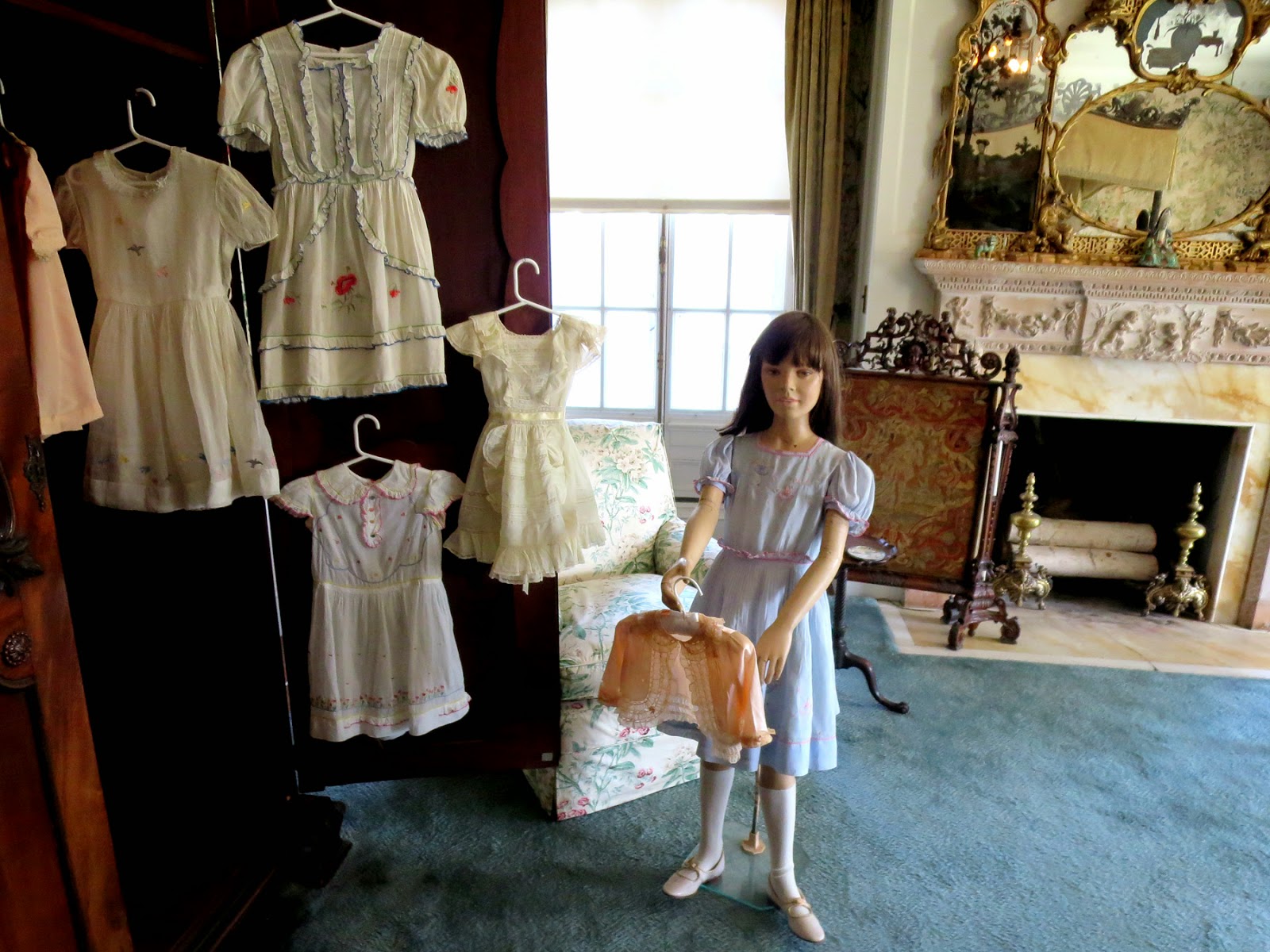 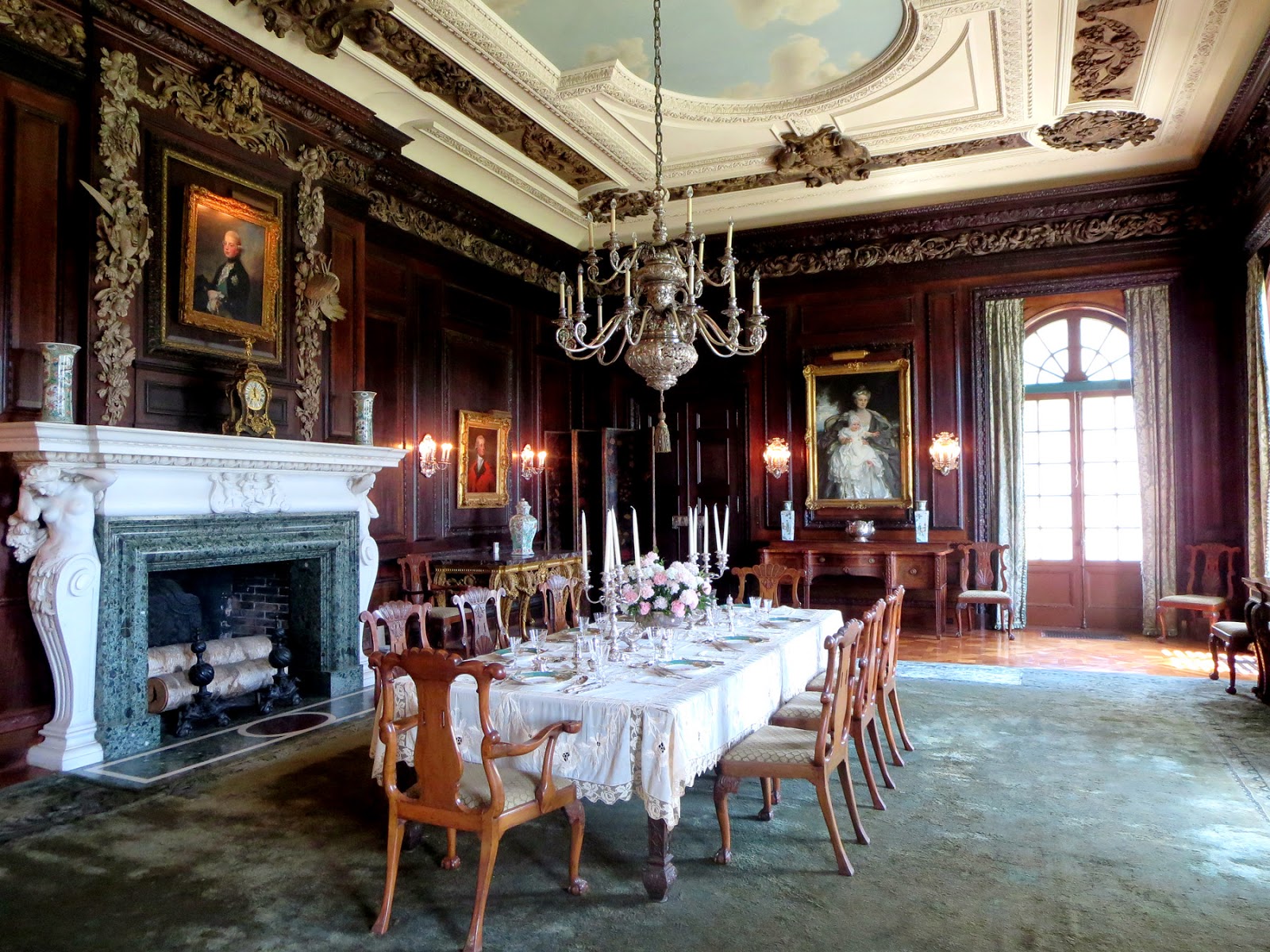 Prior to his death in 1957,   Jay set up a trust in order to preserve the estate.
Their only daughter  Peggie (Margaret) , became chairman of the Old Westbury Gardens, Inc. and remained active until her death in 2006, two months shy of her 100th birthday. 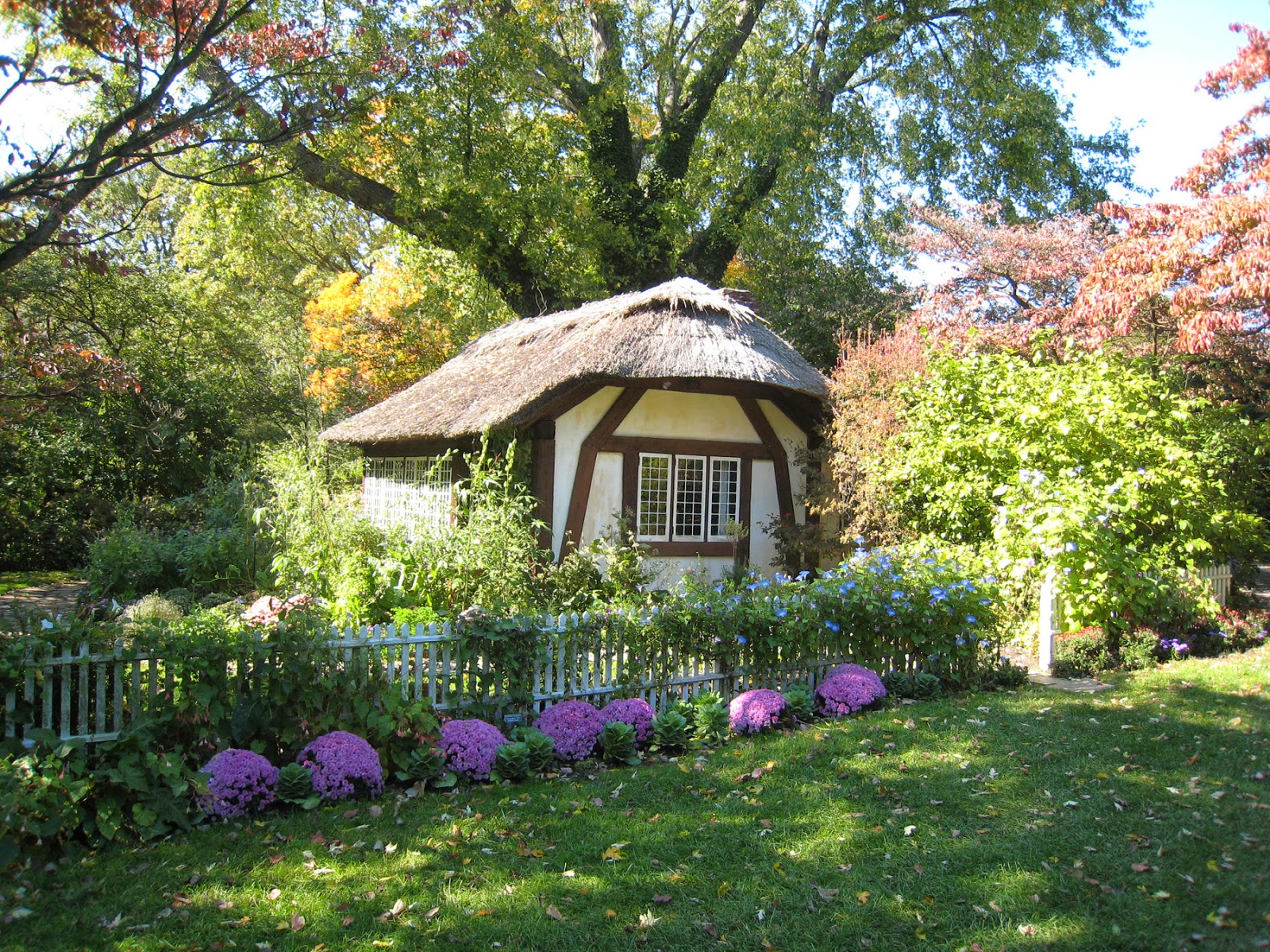 In 1920s Jay purchased several large properties in West Palm Beach, Florida  where he built a large   oceanfront mansion.  Today, the property is occupied by his granddaughter, Susan Phipps Cochran, and her husband. 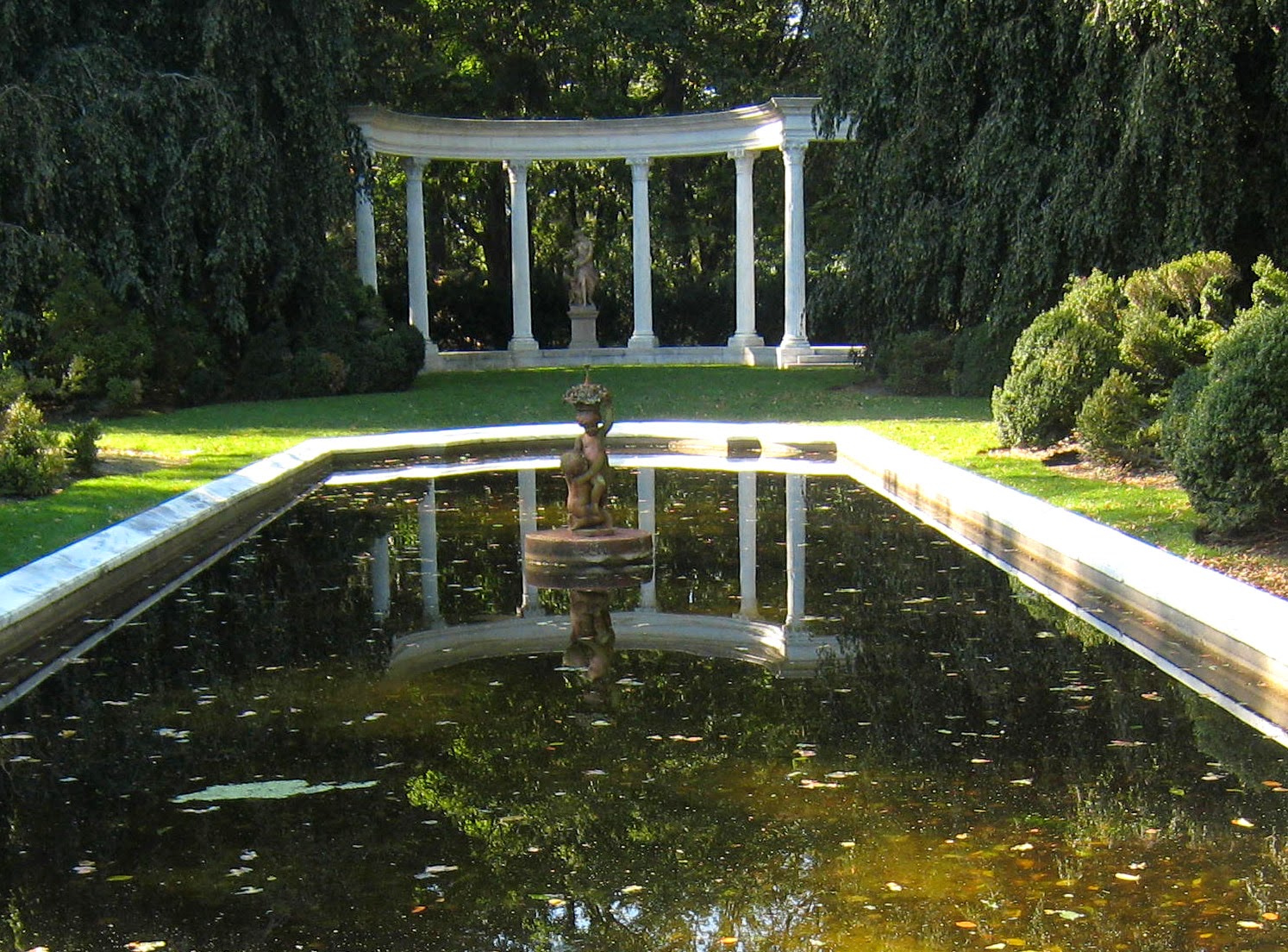 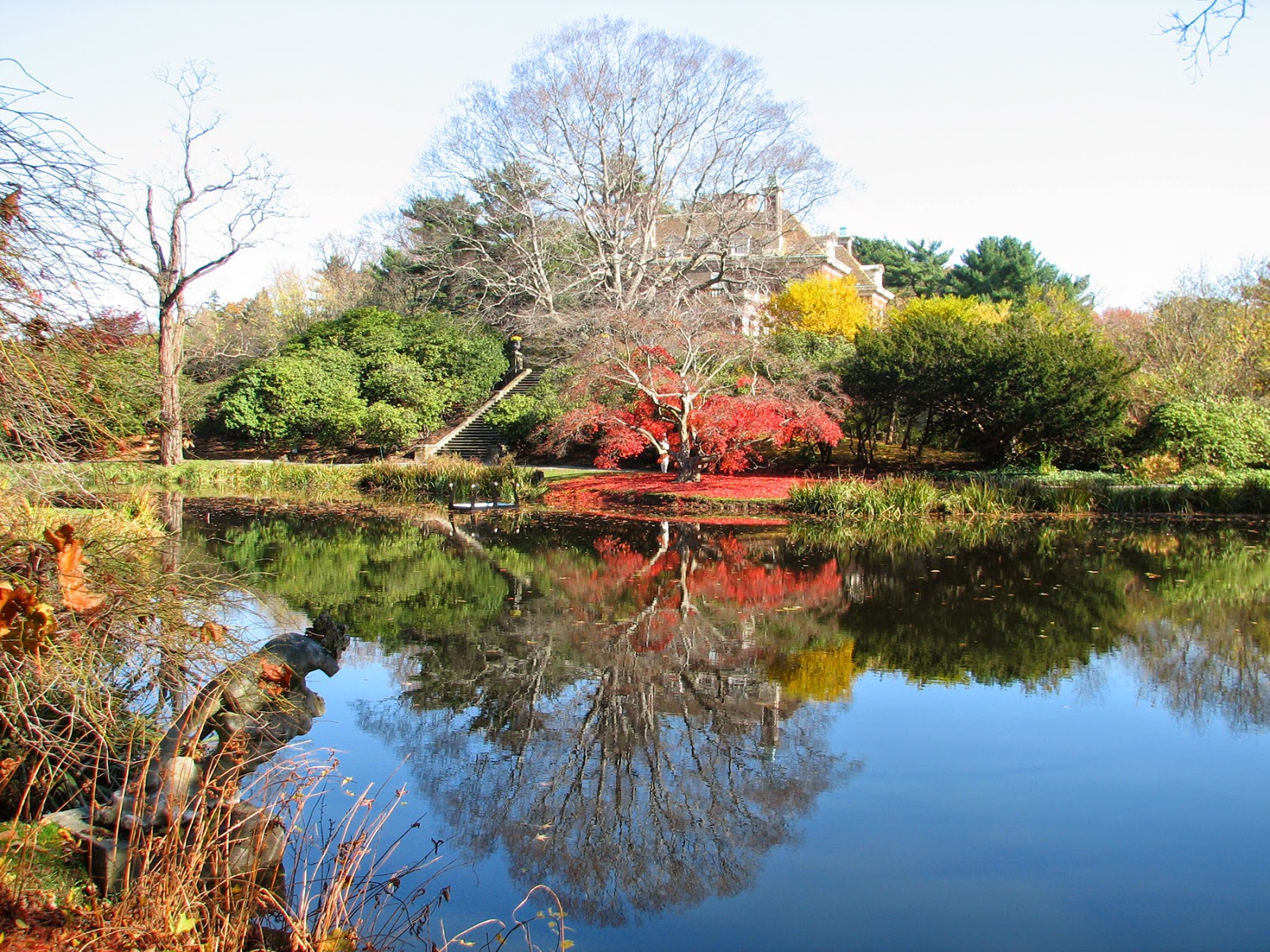 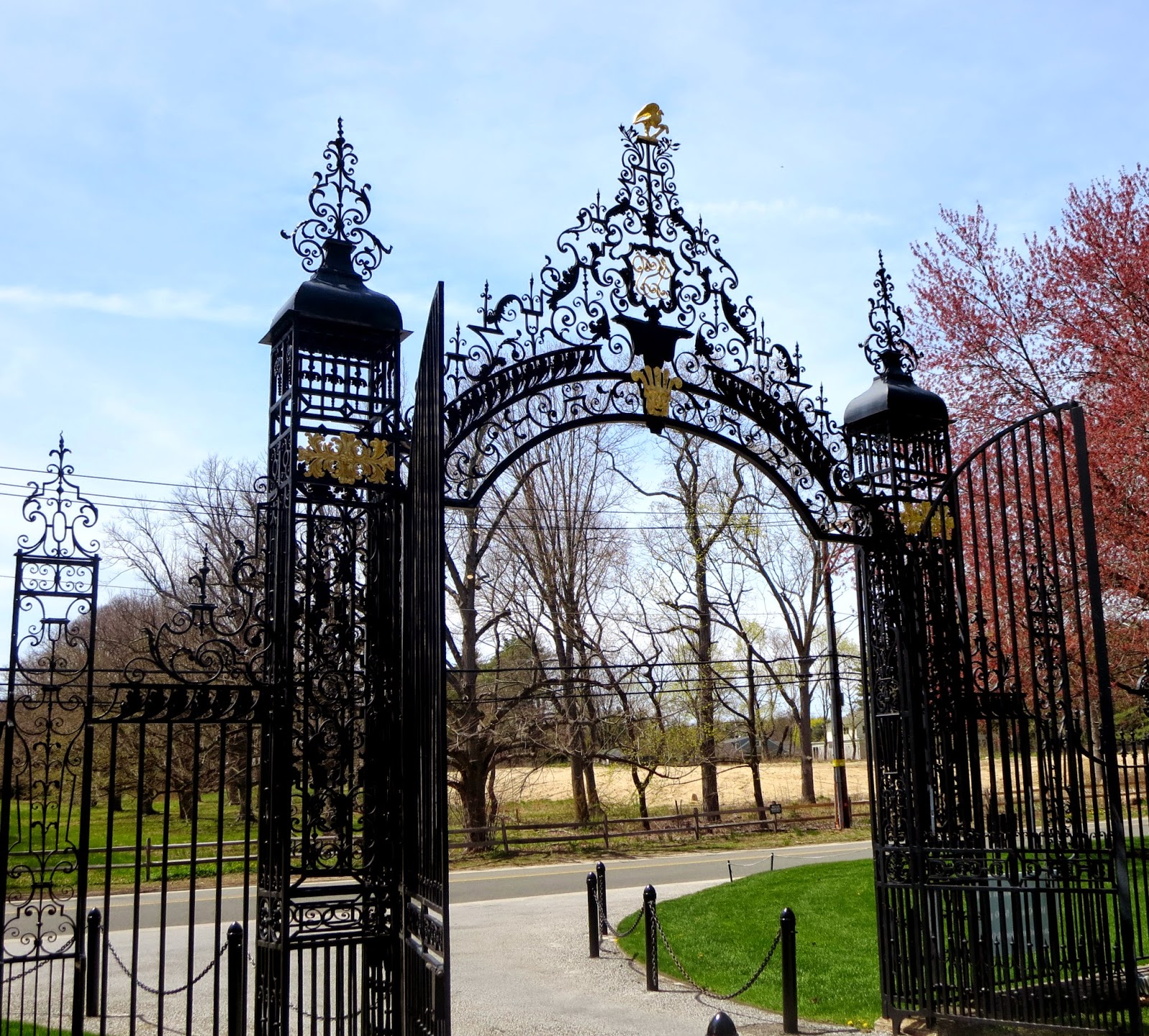 Since 1958,  the public has been allowed to roam the gardens and take tours of the manor house. 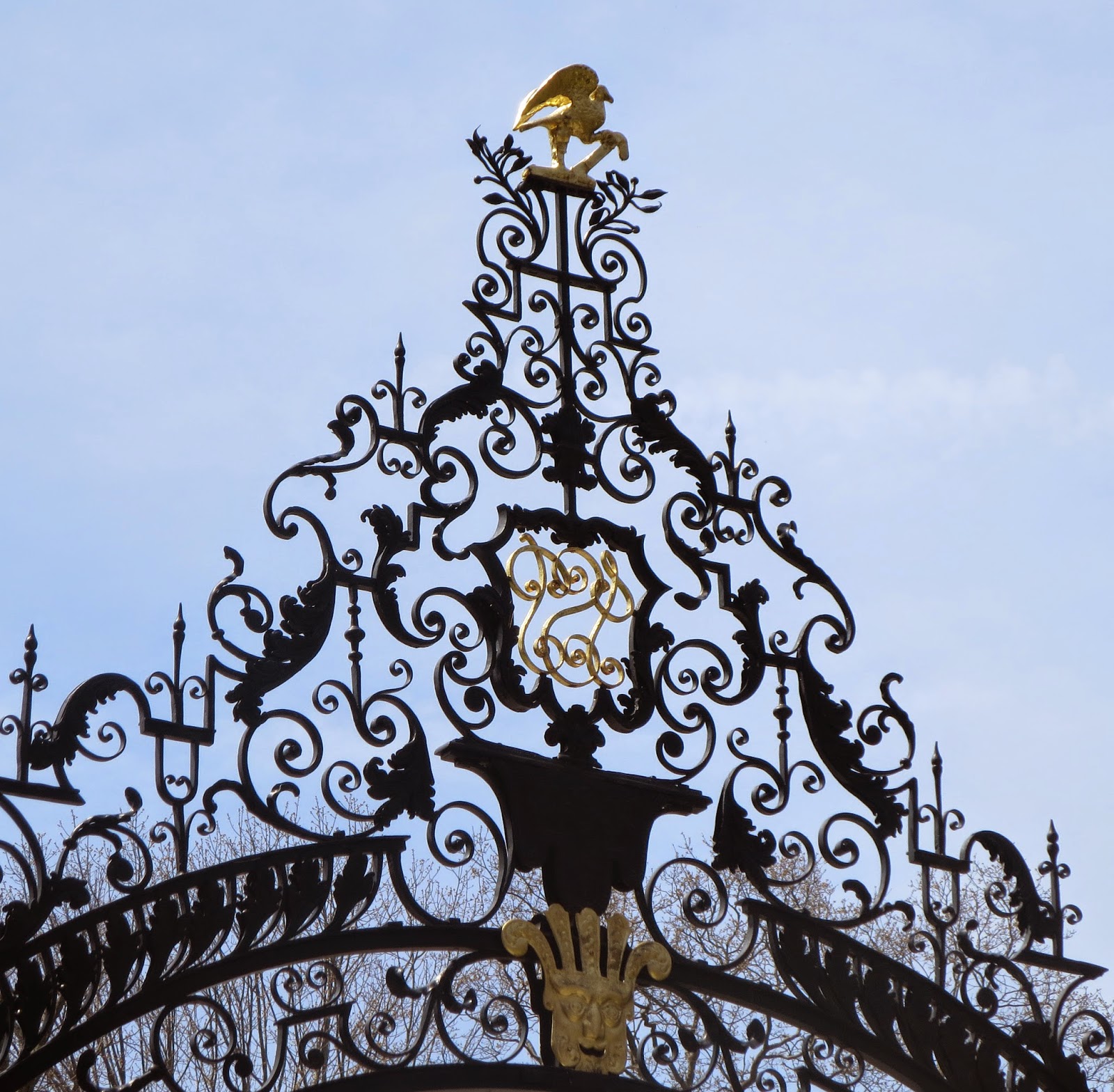 Charles II-style mansion is nestled amid 200 acres of formal gardens  with more than 100 species of trees, landscaped grounds, woodlands, ponds and lakes.  There is a circular rose garden, thatched cottage and an Italianate walled garden with trees trained to grow in the shape of candelabras.  There are grand vistas down rows of linden and beech trees. 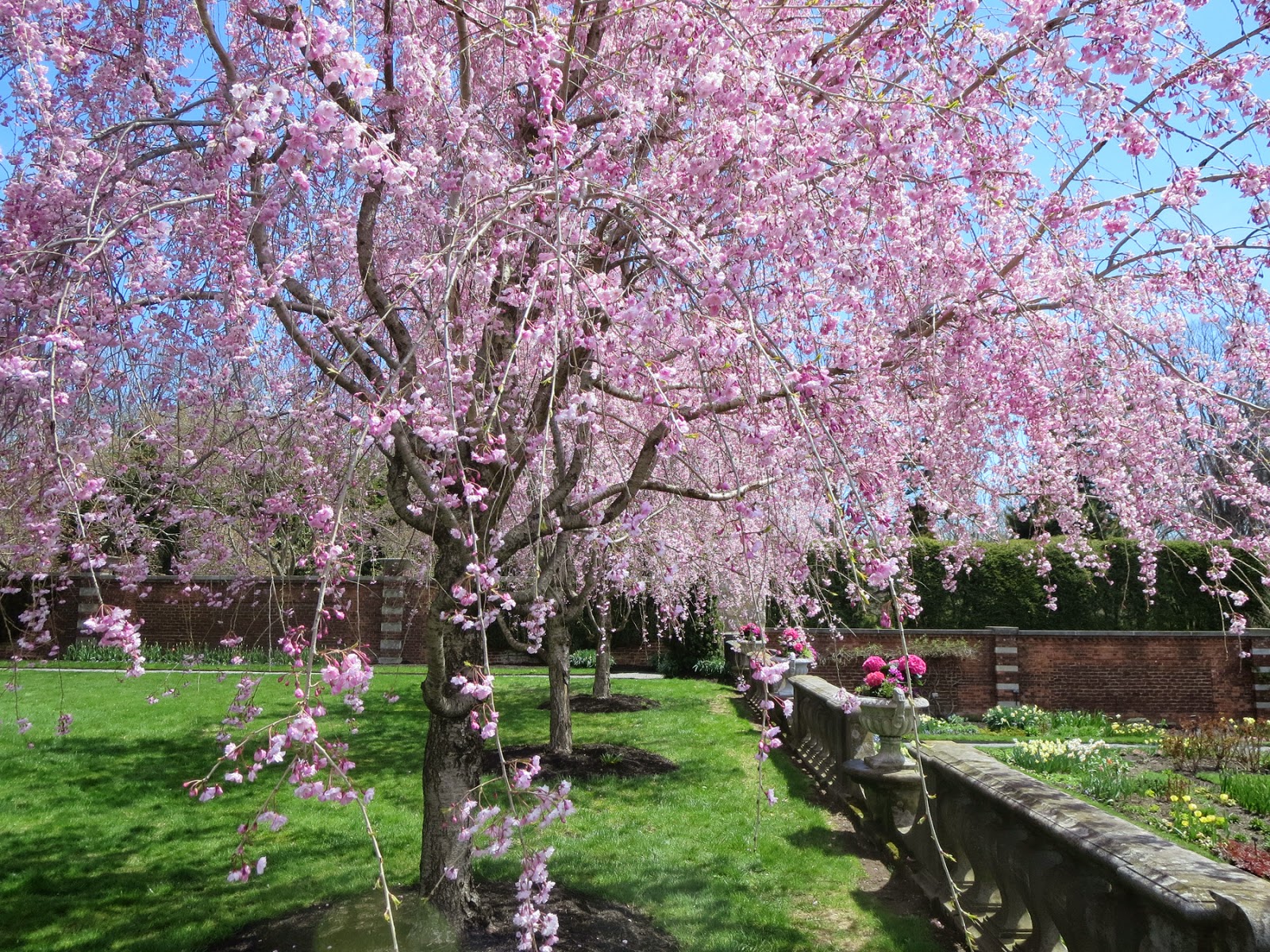 The  main entrance gates were created in the early 1700’s and later, in 1918,    discovered   by Westbury House designer George Crawley. The gates were shopped to New York in 1920. In the center of the arch is the face of Janus—the Roman god whose image was portrayed with two faces pointing in opposite directions or on the verse and reverse.  Above the image of Janus is Phipps’s initials “JSP” enclosed in a cartouche. 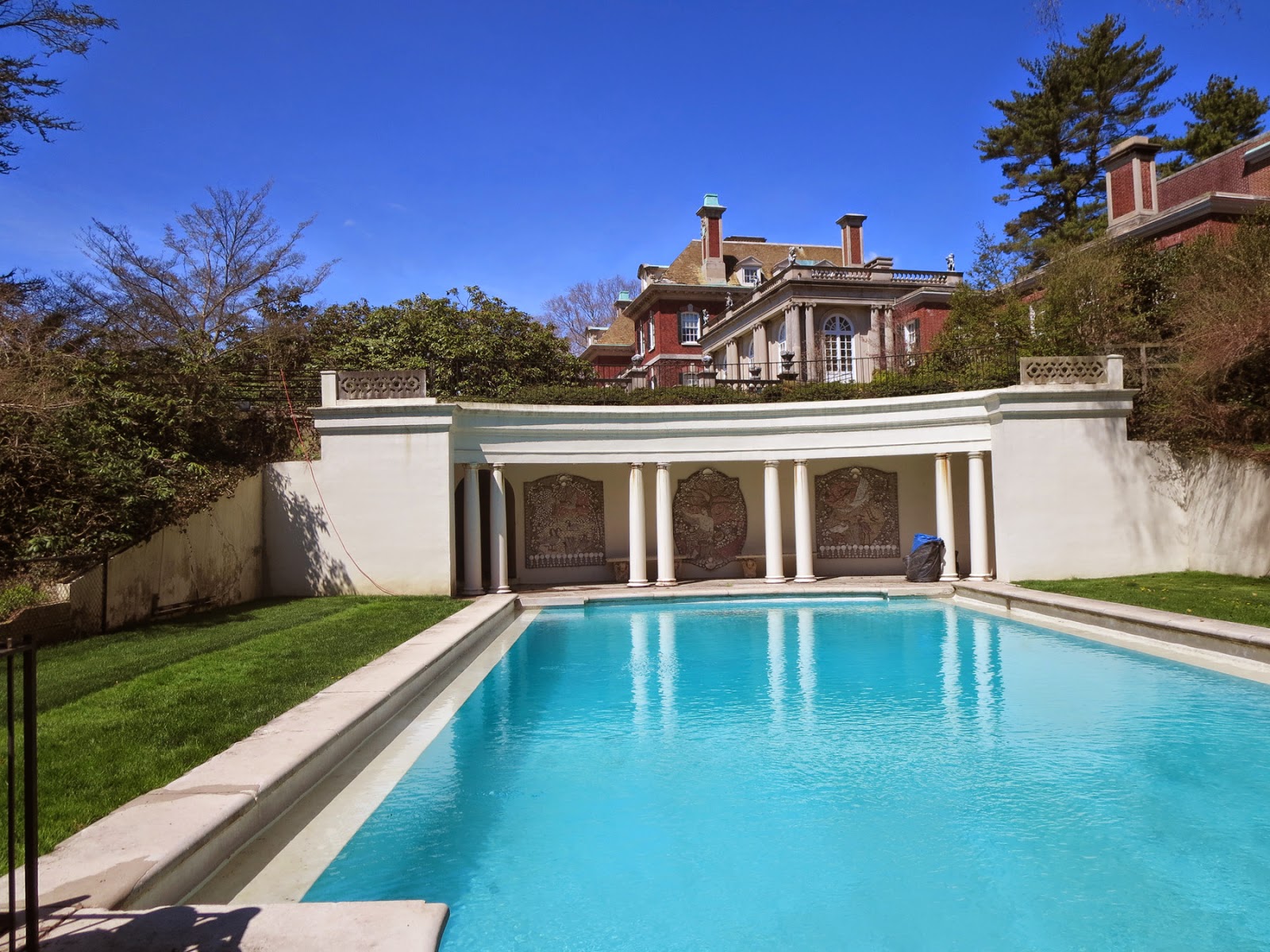 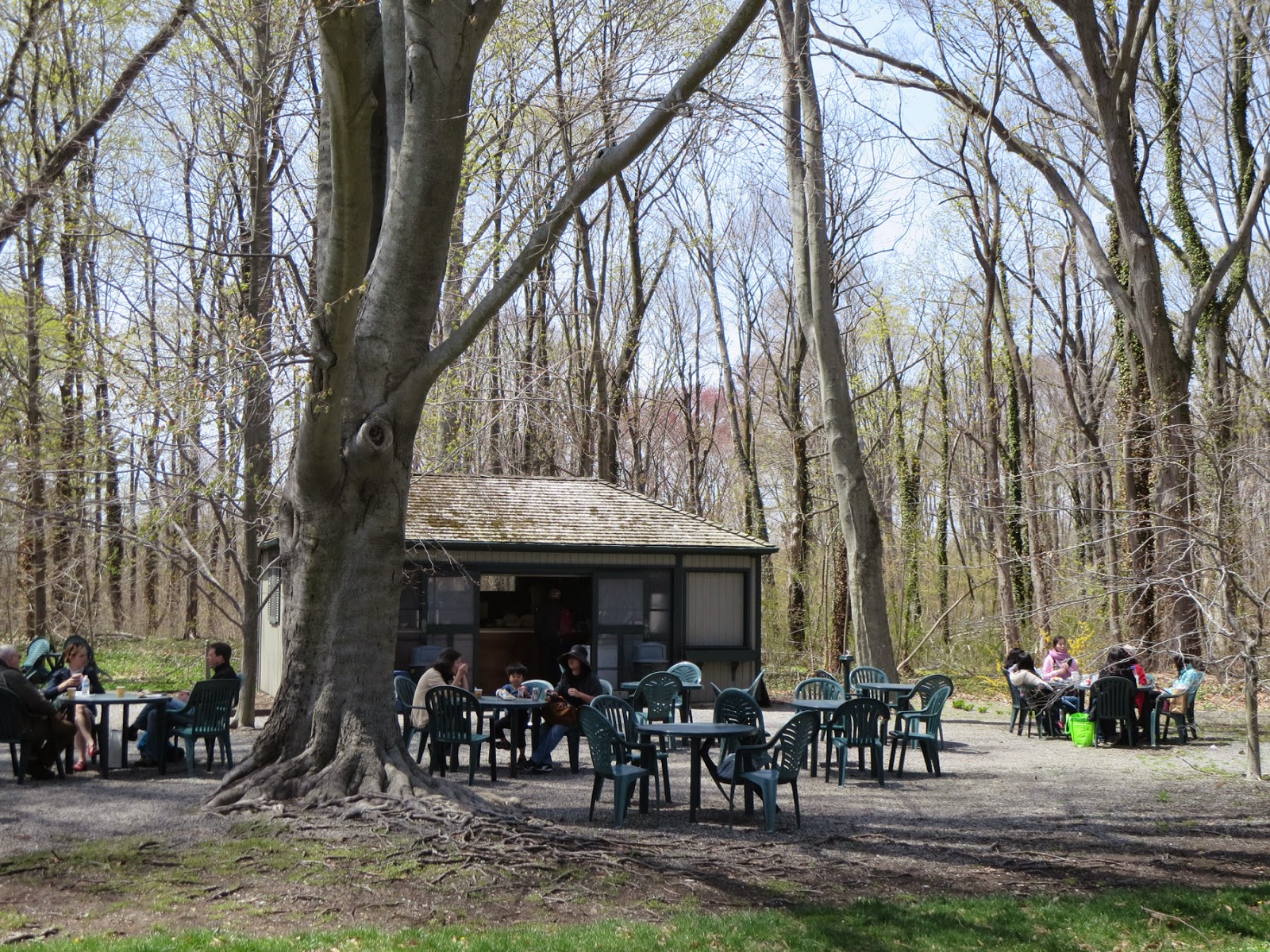 Westbury House and the Gardens have been featured in many movies and TV episodes, such as  North by Northwest (directed by Alfred Hitchcock  in 1959) , Love Story  (1970, directed by Arthur Hiller) Age of Innocence, 1993 and Wolf, 1994, starring Jack Nicholson & Michelle Pfeiffer. 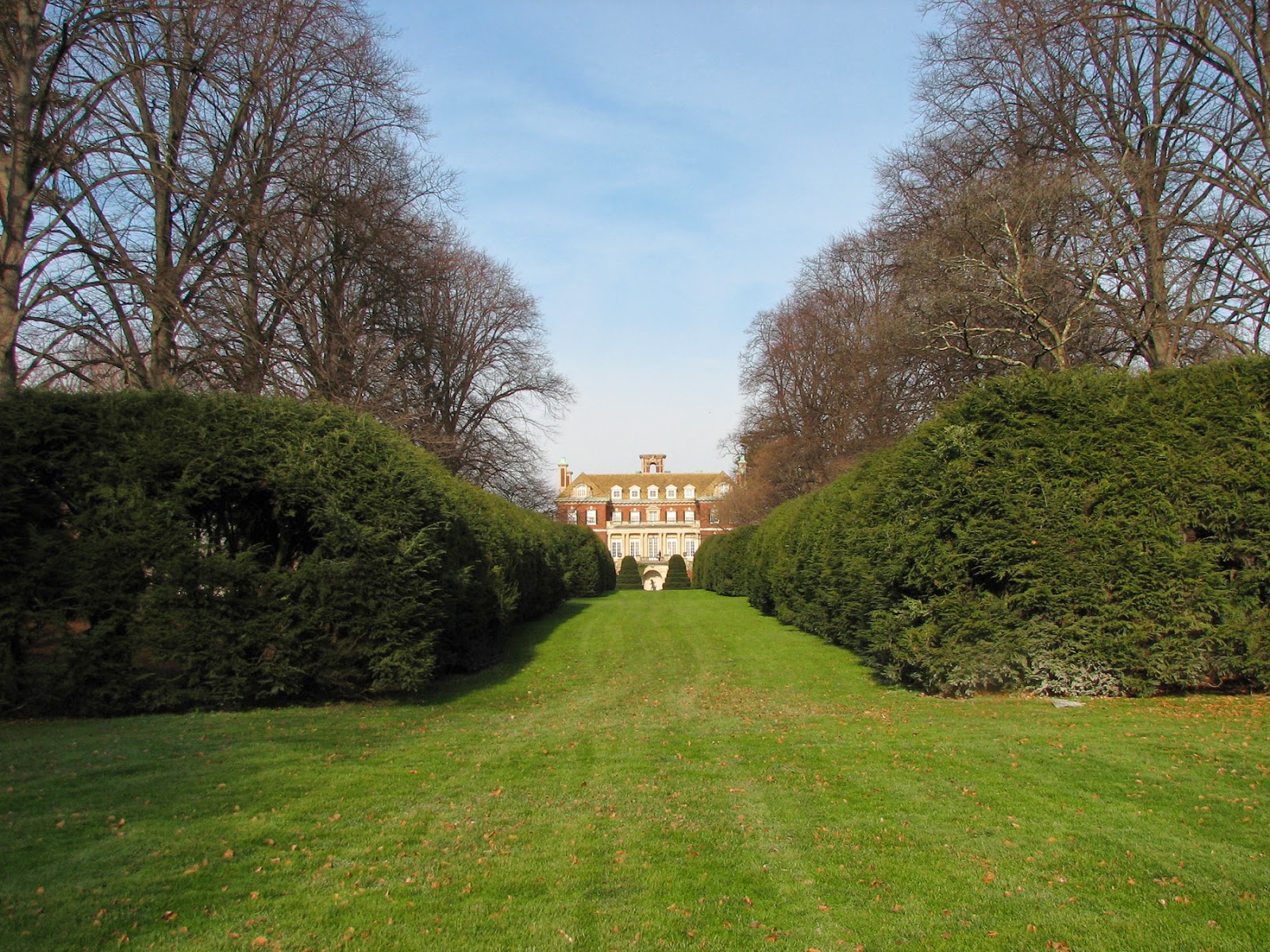 The house and gardens are magnificent.  Visitors can easily spend several hours here. This is a beautiful place to go any time.  In winter you can have pictures with Santa  for  free.  For Halloween, there is an evening glow-in-the dark pumpkin walk, with pumpkin carvings, all lit up at night.

There is  a Café in the woods and  picnic tables very close to it.   $10 a person includes parking, the grounds/gardens and a guided tour  (every half hour) of the house.   In  summer there are outdoor classical concerts and classic car show (June 1, 2014)