The Crown Building, the first place of MOMA museum 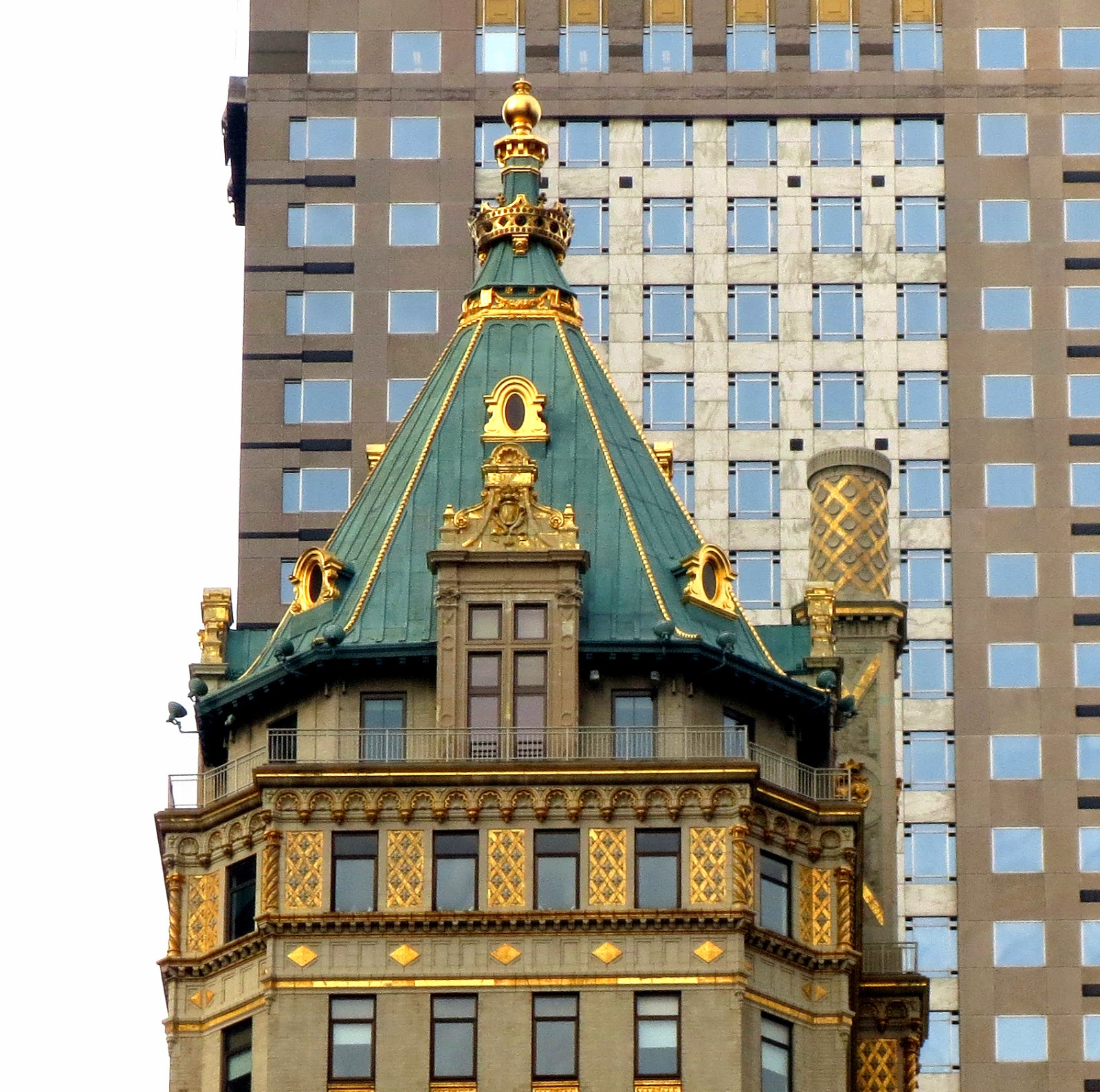 The Crown Building, at 730 Fifth Avenue and 57th Street, has one of midtown Manhattan's finest roofs.  It sits on the place of the old Frederick W. Stevens mansion at the southwest corner of Fifth Avenue and 57th Street. In 1875 millionaire Frederick W. Stevens commissioned architect George Harney to design a French mansion for him and his family. Harney created beautifully crafted interiors filled with European spoils and French antiques.
The house was unique in the fact that it had its’ own ballroom  near the rear of the first floor.  After Mr. Stevens died his widow remarried and sold the property. Later the owners of the house were Harry Payne and his wife Gertrude Vanderbilt, whose father Cornelius Vanderbilt IIs, lived across the street.  In 1907 Harry and Gertrude moved to   871 Fifth Avenue and sold the mansion to developers who demolished it.


Crown building, the elegant limestone tower with French Renaissance details, was built in 1921. It is  416-foot high and originally was called Hecksher Building after its developer August Hecksher, a German immigrant.   August Heckscher came to the United States from Germany in 1867 and by the turn of the century his various mining operations had made him wealthy. At first Heckscher built a three-story building of offices and shops and later announced plans for a tall office building.


In 1929, the Museum of Modern Art opened its first gallery here in rented rooms on the 12th floor. The museum began in six rooms with a total of 4,500-square feet of space.  Alfred  H Barr, the first director of the musem, wrote about the building: "... It is perfectly located...in a well-known landmark and re rent is very low- $2.50 per foot in comparison with $3.50 and $4 in nearby buildings  " 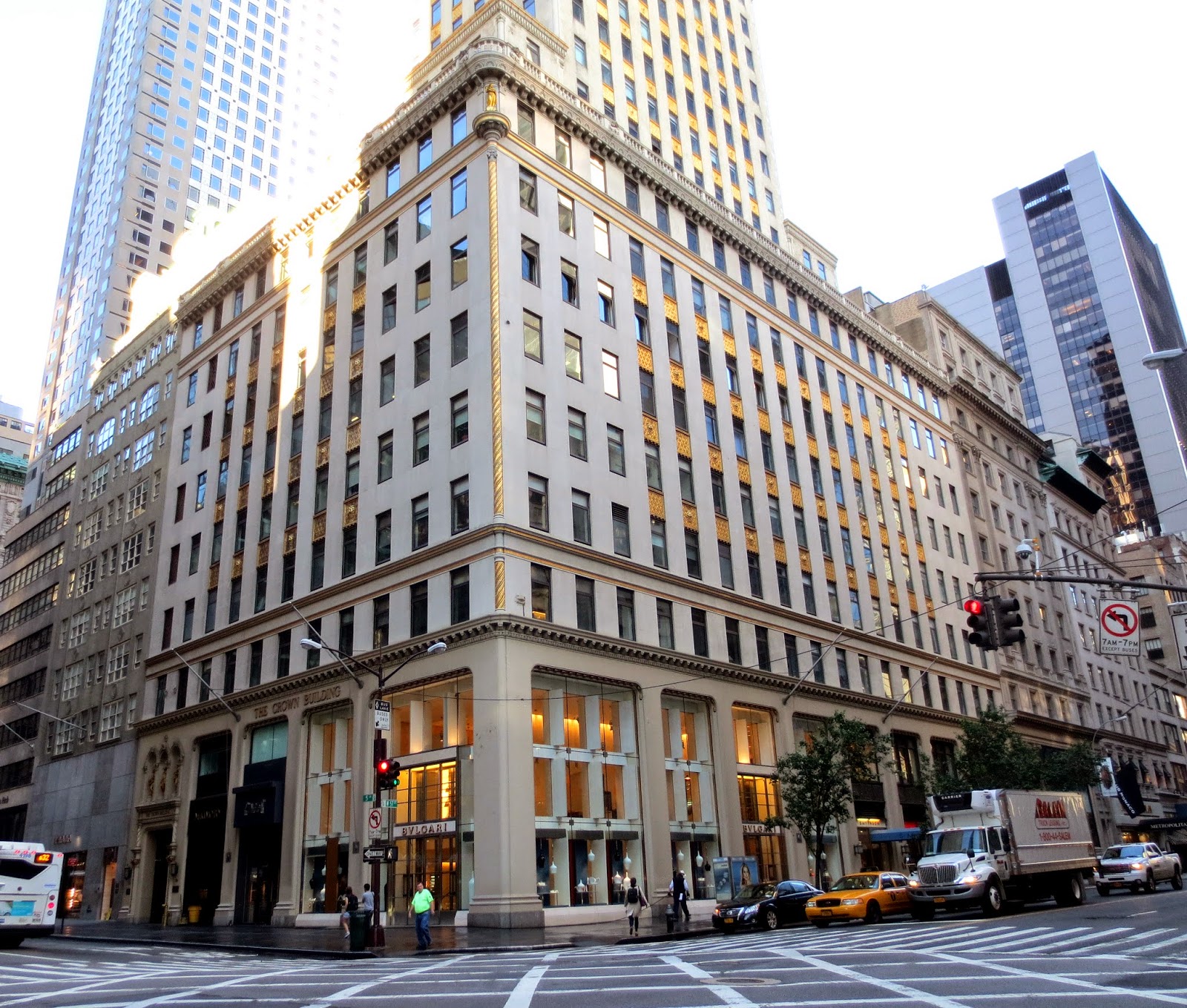 Three years later, museum relocated to a five-story townhouse at 11 West 53rd Street.
The   President of the Philippines from 1965 to 1986,  Ferdinand Marcos secretly bought The Crown Building  in 1981.   There were rumors that the first Lady of Filipinas, the former beauty queen Imelda convinced her husband to  buy the building by crying. 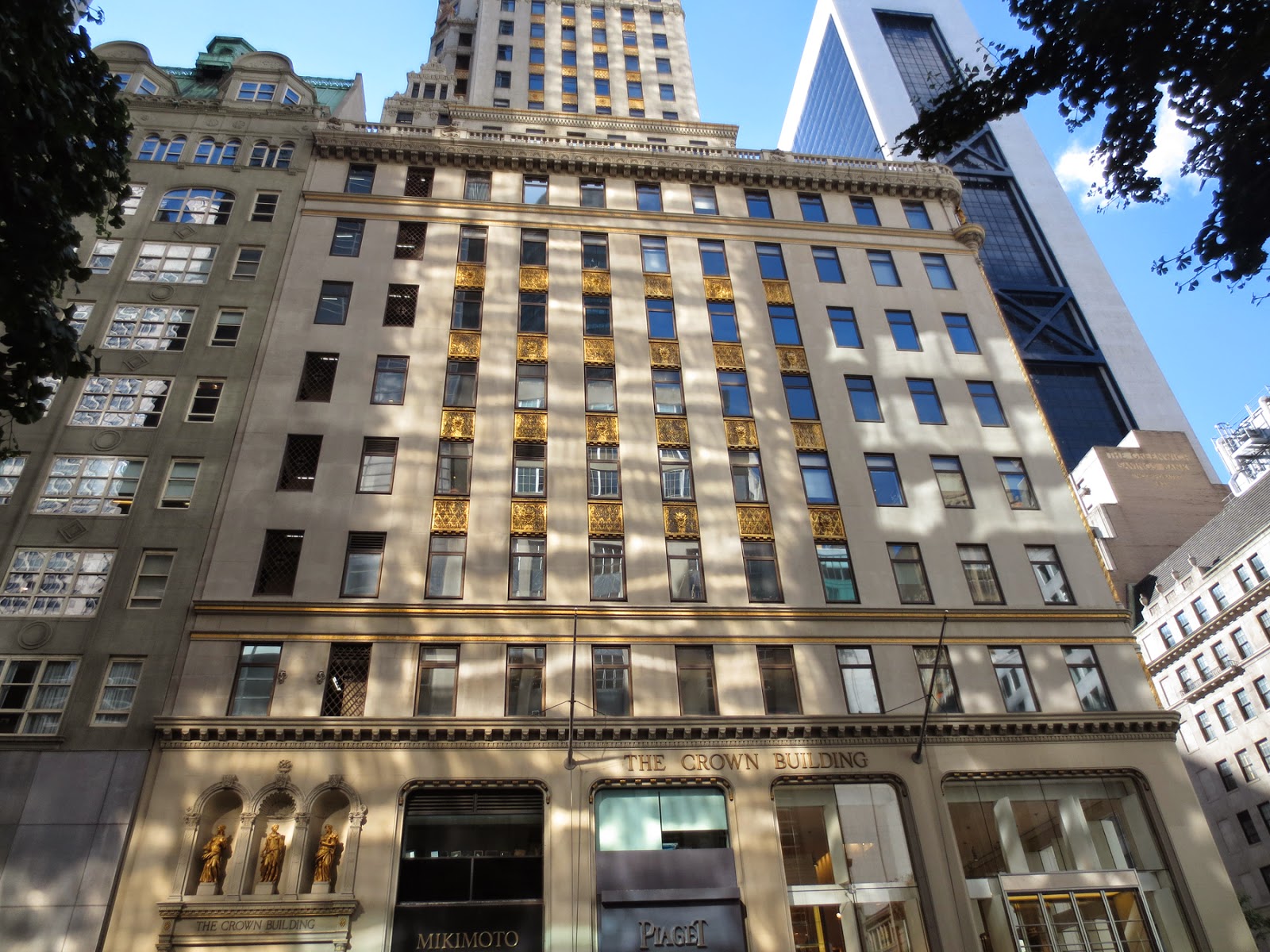 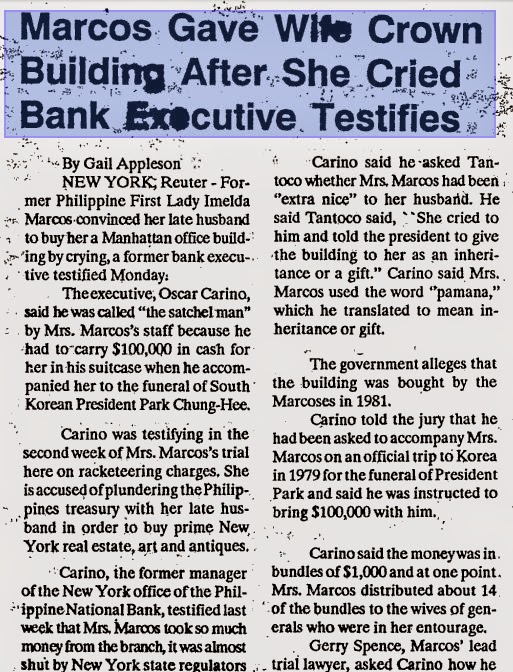 Ferdinand Marcos
died   in Honolulu on September 28, 1989.   He left behind a reputation as one of the most corrupt and ruthless leaders in modern Asia. After his death  the Philippine Government claimed that it had a right to the property because the Marcoses  bought hundreds of millions of dollars in New York real estate with money that it says they stole from the national treasury.
In 1991   a Fifth Avenue landmark once owned by Ferdinand and Imelda Marcos, was sold at auction on Friday after years of court battles. 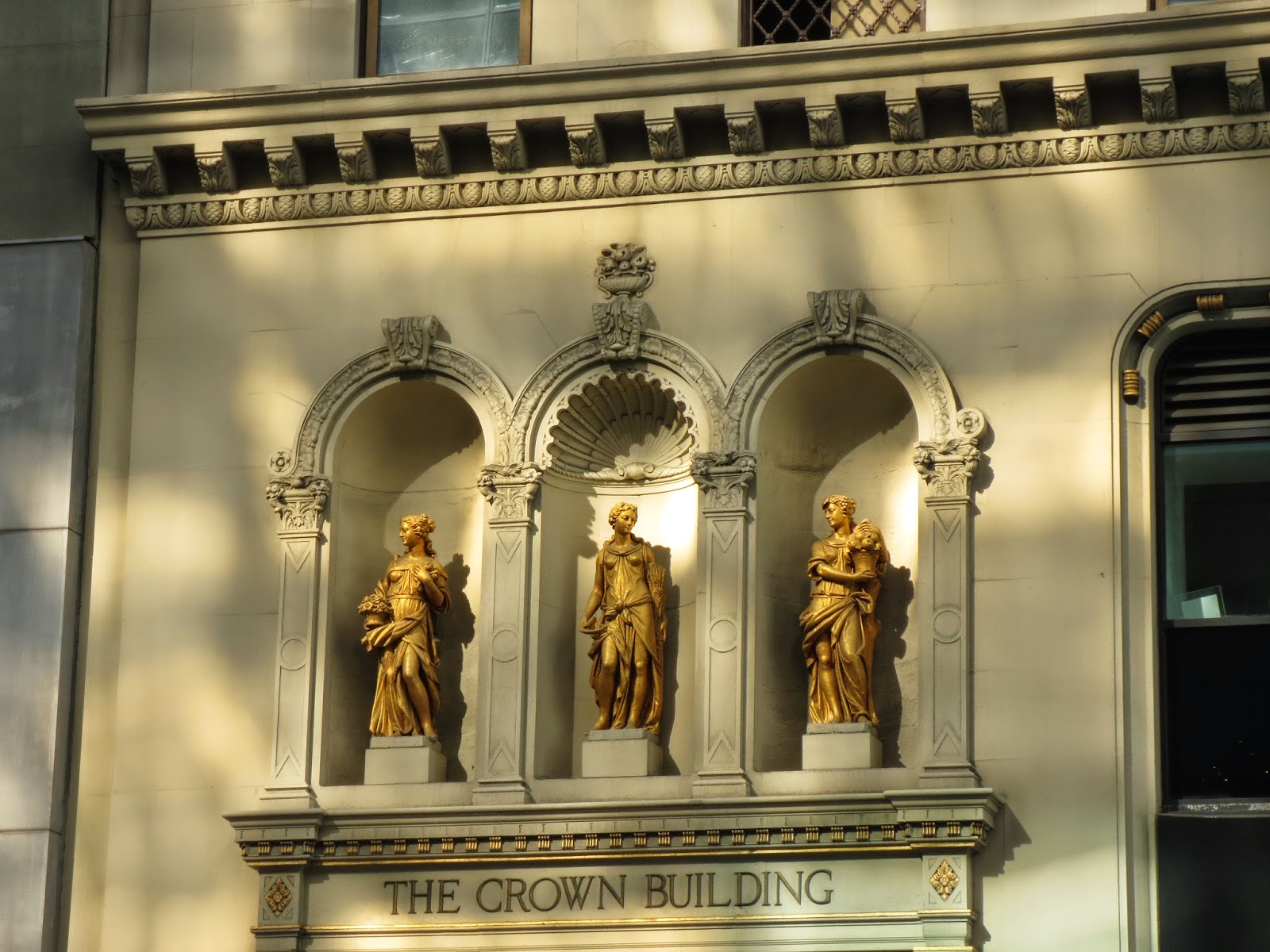 Playboy Enterprises rented the space in Crown Building in 1992. In 2004 Playboy   renewed its lease  and expanded its presence in the building to more than 73,000 square feet for a term of 15 years. The lease encompasses the entire third and fourth floors, and part of the fifth floor.
I walked past this building a thousand times but never saw any bunnies!