The Secret Garden in the Museum of Modern Art 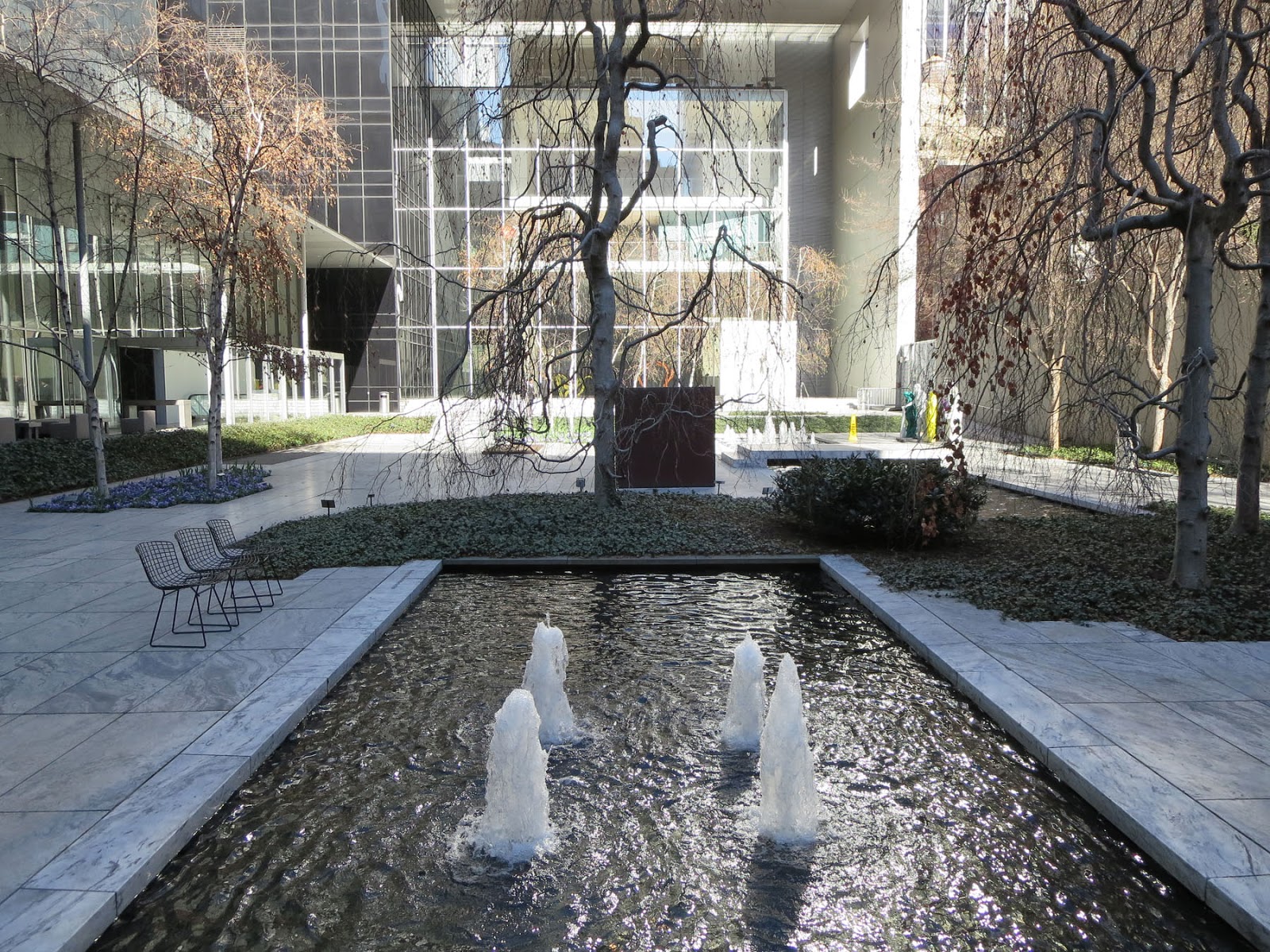 It is difficult to find a peaceful and quiet place  in the middle of Manhattan. 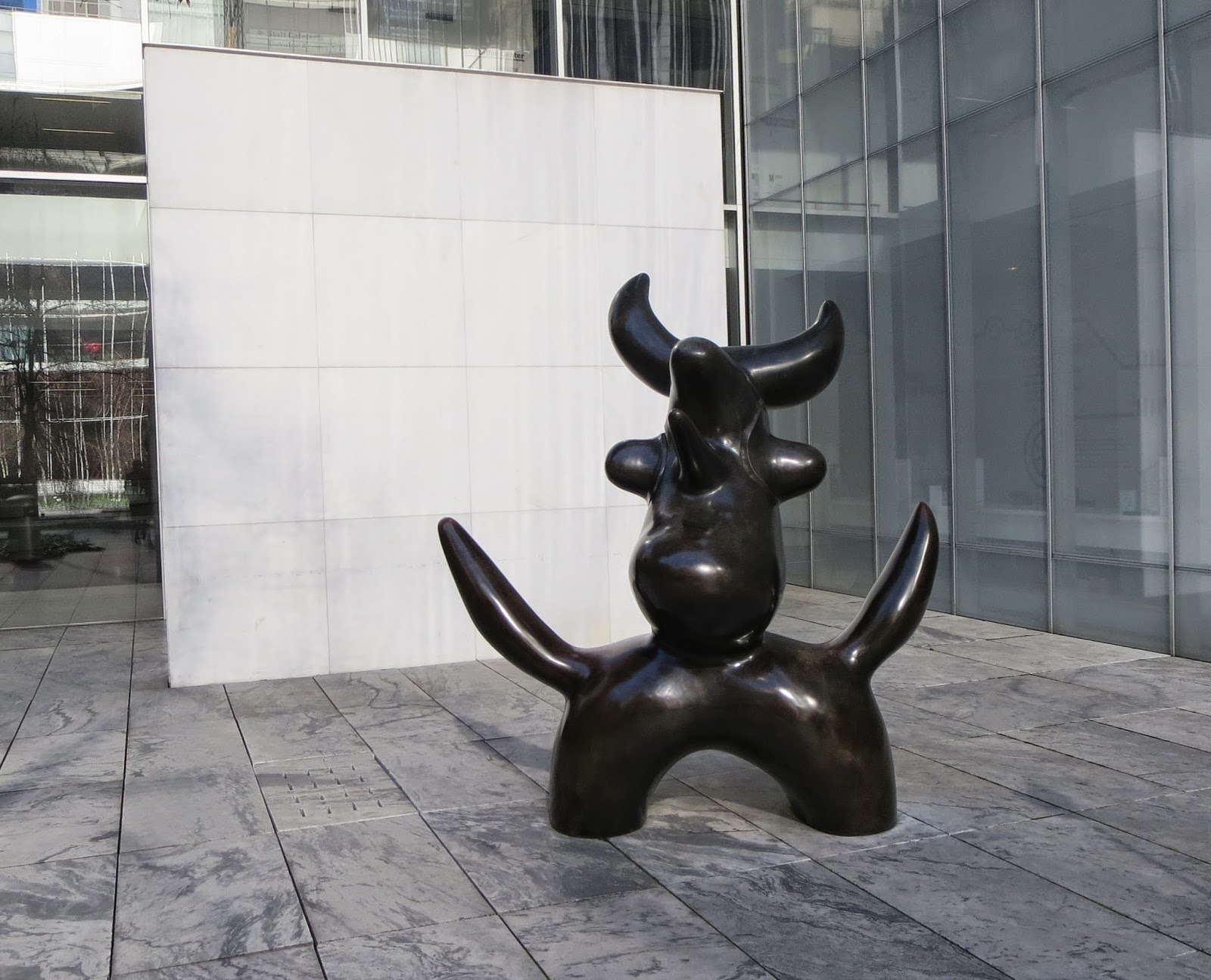 The Sculpture Garden in the Museum of Modern Art is one of such places.
The secret garden is hidden behind a tall wall in the heart of Midtown, on West 54 between 5th and 6th avenues.
Beginning September 9  2013, the garden is free for visiting every morning  from 9AM to 10-15AM. The entrance is from West 54th.


Museum of Modern Art (MoMA) was organized in 1929 and did not have a permanent home for the first ten years.  Museum expanded in the 1950s and  the garden was added in 1953. The architect Philip Johnson and landscape architect James Fanning  designed a garden dedicated to  Abby Aldrich Rockefeller, the wife of John D. Rockefeller, Jr. 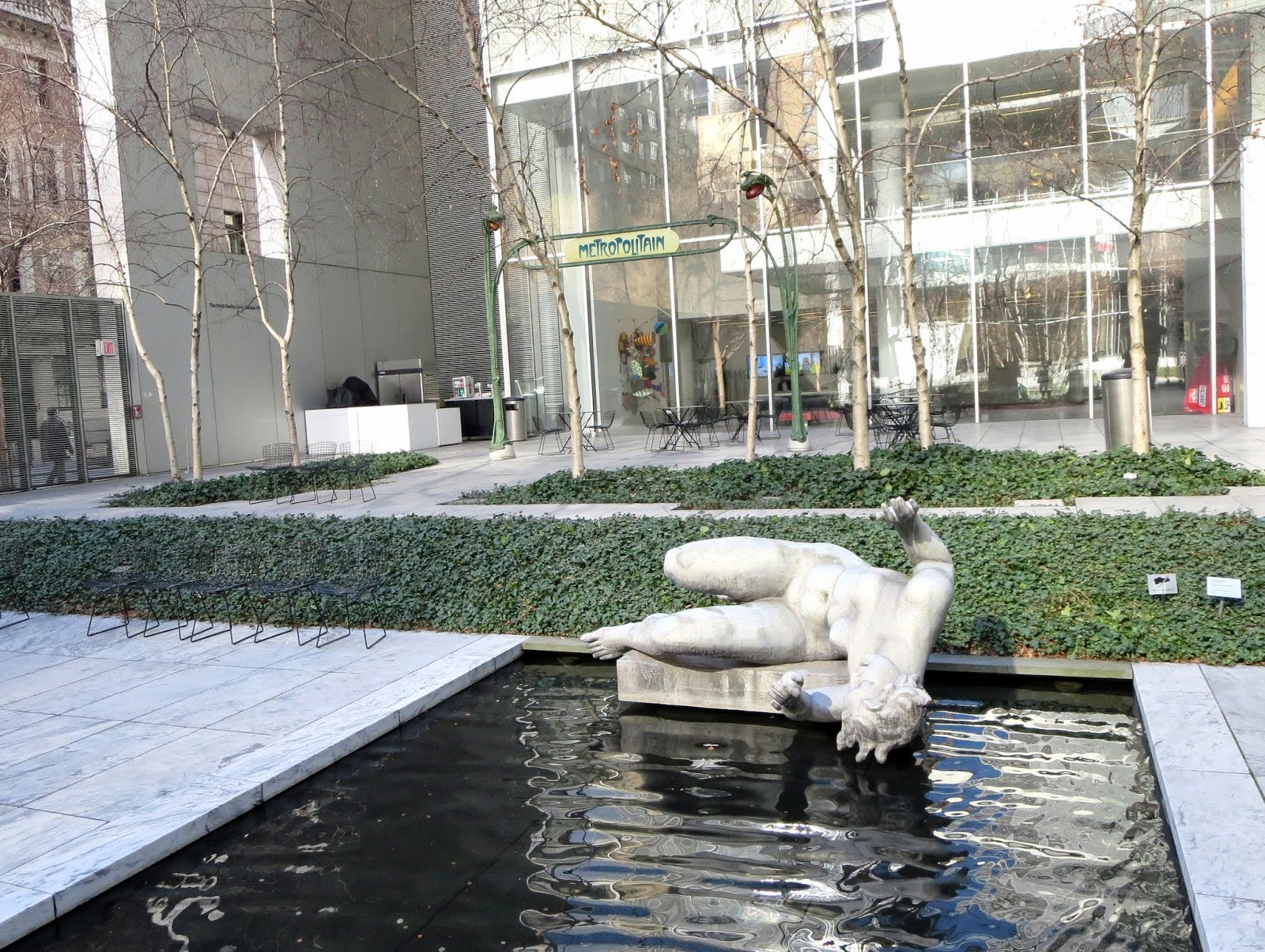 In the garden you can take a sit in a moveable chair among works by Rodin, Picasso, Calder, and other masters.   Sunken court is divided into four unequal areas with a central island and  two long pools.  I was in the garden on a chilly but bright April morning  and there was nobody except me.   The Garden Bar where you can buy  gelato or iced coffee was closed.
I think that in summer on a weekend the garden  could be really crowded.
Since 1971, Summergarden  on Sunday has been bringing contemporary classical and jazz music to MoMA. Admission is free but  the seating is limited if the Sculpture Garden is full.  The garden   will open at 7 p.m. on Sunday and concerts will begin at 8 p.m. and last 60-90 minutes.