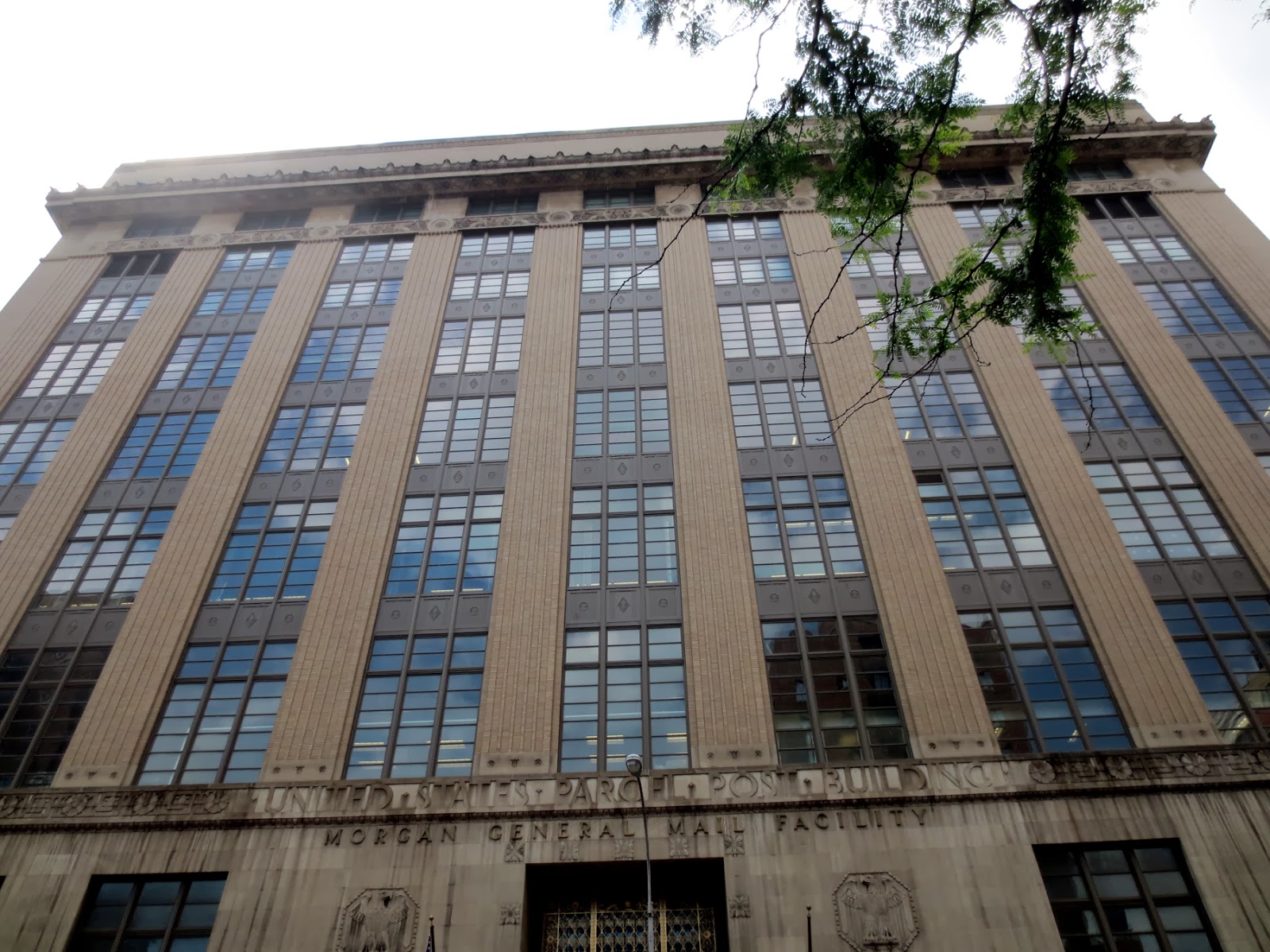 The Morgan General Mail Facility   is one of the largest mail-processing facilities in the country. The building was built in 1933 to connect with the High Line Rail Road  and create a seamless path for the more than 8,000 mail trains that crossed the country each year. The last 30 feet or so of their journey took the mail across Tenth Avenue on a specially constructed spur that led directly into the postal facility. The High Line Railroad opened to trains in 1934. It originally ran from 34th Street to St. John's Park Terminal, at Spring Street. The last train on High Line run in 1980 In 2009  High Line park was open.   You  can read  about High Line in one of my posts. 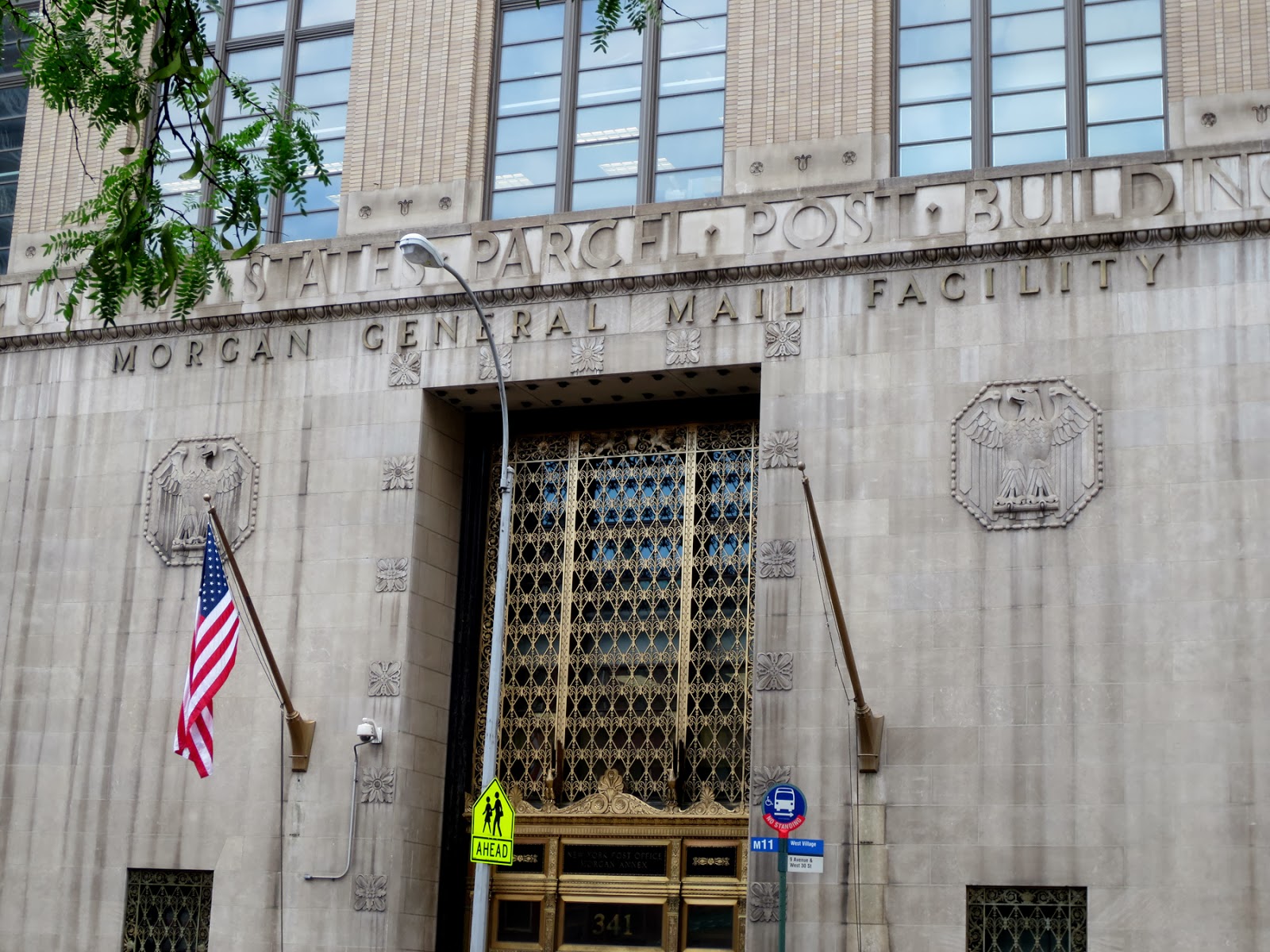 The plant  is large  with  2.2 million square feet  and  handles up to 12 million pieces of New York City’s mail every day.   The building was named     for Edward M. Morgan,  who was appointed Postmaster of New York City by President Theodore Roosevelt in 1907.
The roof of the building  was constructed originally to serve as an additional mail processing location, supporting 200 pounds per square foot. When the roof was scheduled for replacement in 2007, it was deemed strong enough to support the weight of the soil, vegetation and other requirements of a green roof. 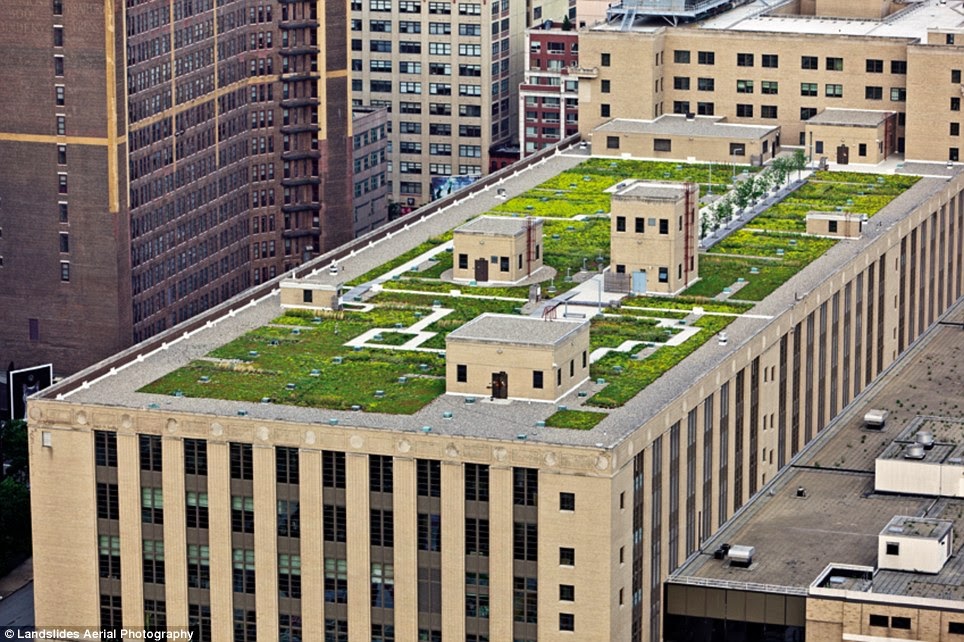 During construction, approximately 90 percent of the original roof was recycled. Living roof serves as the eco-friendly recreational space for employees.   The roof has  reduced the building's storm water runoff by 75 percent in the summer and 40 percent in the winter. It also    saves about $30,000 a year in energy costs. The roof will last up to 50 years, twice as long as the roof it replaced. The Morgan green roof is the largest in New York and one of the largest in the country. 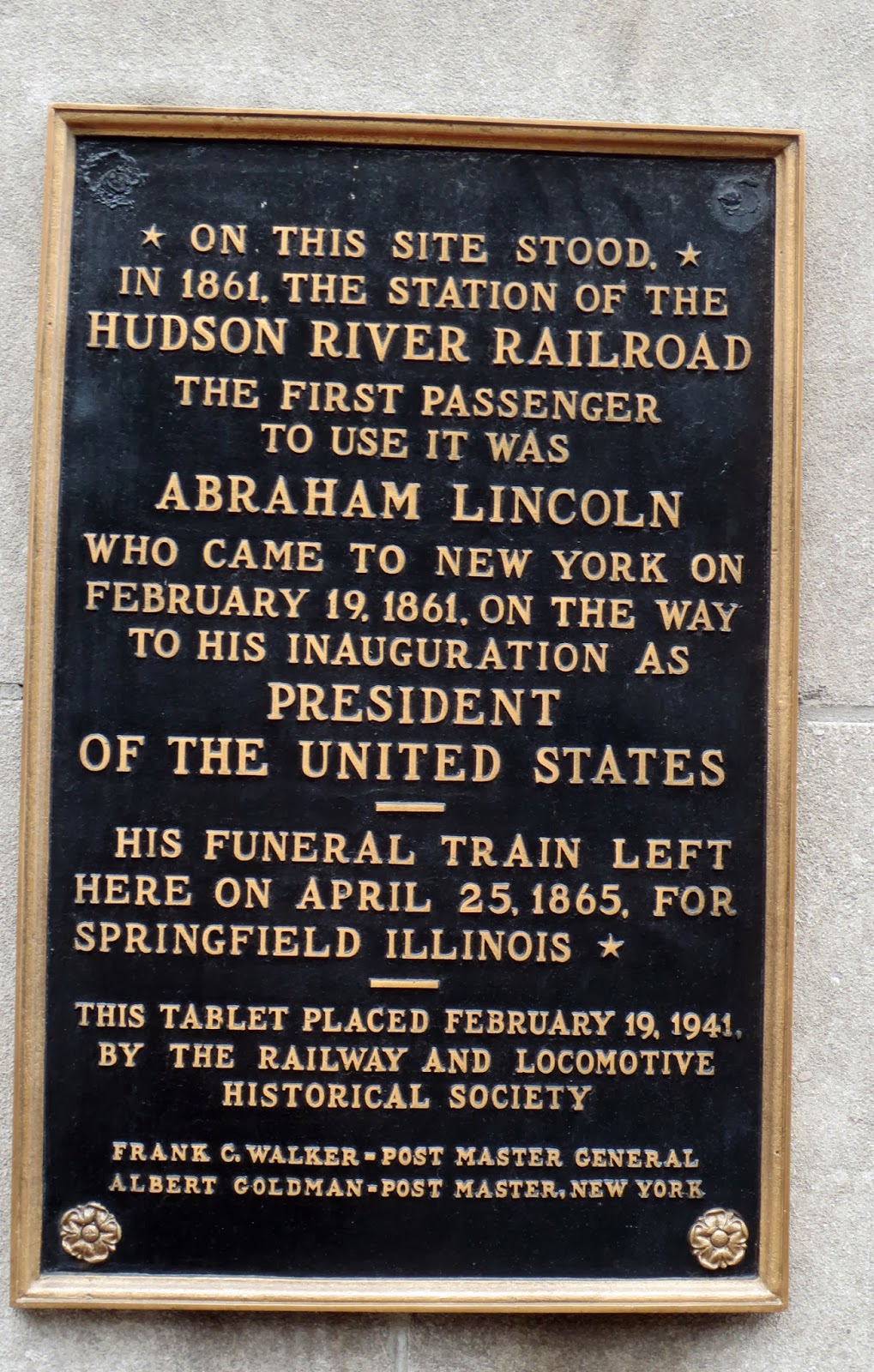 Before this building on the same place there was a railway station owned by the Hudson River Railroad.  The first passenger to use the station was Abraham Lincoln, sixteenth President of the United States, on his way to Washington, DC in 1961  for his inauguration as President.  Lincoln's train reached   the Hudson River Railroad's depot at 30th Street and Tenth Avenue at three p.m. His waiting carriage was escorted to the Astor House, opposite City Hall Park, by a mounted platoon of the newly formed Metropolitan Police.  Four years later, on April 25, 1865, Lincoln’s funeral train passed through on its westward journey to Springfield, Illinois.  A 16-horse funeral car followed 18 bands as they marched slowly up Broadway from City Hall to 14th Street and Union Square, then up Fifth Avenue to 30th Street and across to the Hudson River Railroad depot. The Hudson River Railroad 30th St. Station was demolished in 1931 to build the Morgan Post Office
.