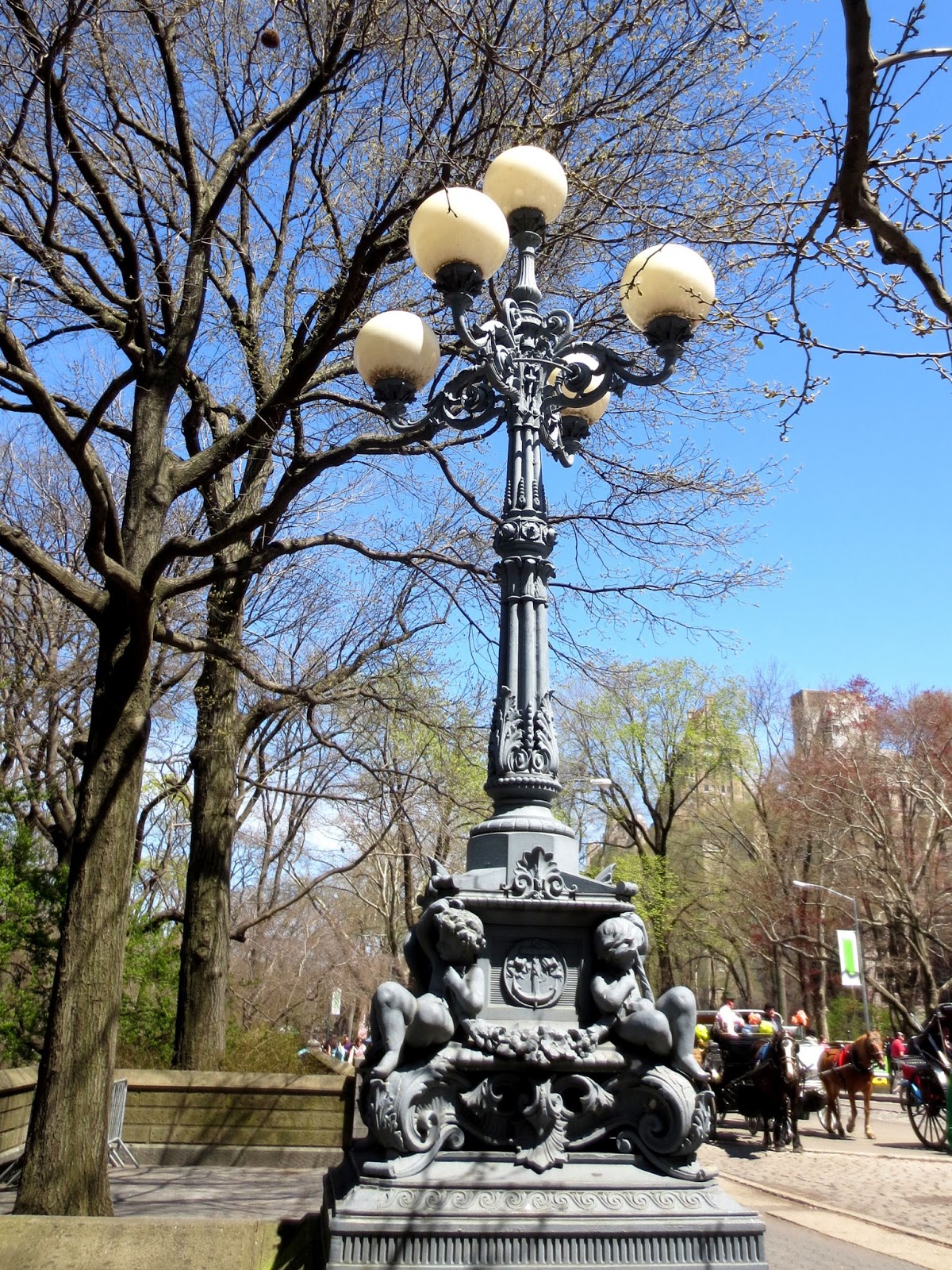 Across the East 59 street and to the left of the Central Park entry leading to The Pond stands the Lombard Lamp. This ornate cast-iron and aluminum street lamp is a replica of the historic streetlights that adorn the Lombard Bridge in Hamburg, Germany.

This lamp was donated in 1979. The gift of this lamp symbolizes the sister-city relations between Hamburg and New York.
The plaque reads “This Lombard Lamp is presented to the people of New York City and by the people of the Free and Hanseatic City of Hamburg so that it may forever brighten a bridge of friendship in human relations, trade and commerce.”
The Lombard Bridge is a road and rail bridge over the river Alster in Hamburg.  It was named after the Lombard pawn shop situated here in 1651.  The original wooden bridge was replaced in 1865.
In 1869 Hamburg’s parliamentary senate enacted a resolution with specifications for the bridge’s ornamental street lamps. The resolution stipulated that “The execution of the candelabra must be conducted in the finest manner, in gray iron, completely pure without any form of chiseling…the casting process must be the absolute best yet developed for works of this nature.”
The second Lombard Lamp replica was donated to Chicago and was placed in Lincoln Square neighborhood .

The Lombards, or Langobards, were a Germanic tribe that began in southern Sweden and worked their way down into Italy in the early medieval period, becoming Italians in the process and giving their name to the northern Italian region of Lombardia. Their name, the Longobards, referred to their lengthy beards.