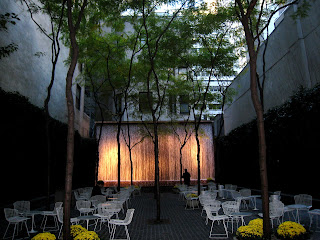 If you work within the skyscrapers of Midtown Manhattan, or just spend enough time walking in their shadows, you become very grateful for any little slice of nature you can find. When you walk down 53-rd street from  Madison to 5-th Avenue you'll see on your right a small ( 1/10 of an acre) piece of land with a 20-foot waterfall, ivy covered walls and honey locust trees. The  waterfall gushes 1800 gallons per minute and  creates a backdrop of sound that causes city noise to fade away.
This is the most famous example of New York pocket parks - Paley Park. In 1897 - Jacob Riis, secretary of Committee on Small Parks, coins notion of “Vest- Pocket Park”.
Jacob Riis was born in Denmark and migrated to USA when he was 21. After three years of doing odd jobs, Riis landed a job as a police reporter with the “New York Evening Sun” newspaper. Riis is considered to be one of the fathers of modern photojournalism.
His book "How the Other Half Lives" inspired then police commissioner Theodore Roosevelt to close the police lodging houses. It also brought about many needed reforms in housing laws. So important was Riis’s work, that Roosevelt called him "New York’s most useful citizen."
After Jacob Riis's death in 1914, it was decided to rename Seaside Park in Rockaway, New York in his honor. Riis said, "Bad boys and bad girls are not born, but made…They are made bad by environment and training. The children must have room to play."
Riis’s idea went largely unrealized until after World War II, when bombed-out building sites in European cities provided opportunities to create small parks at less cost than reconstruction would have entailed. Thomas Hoving, who had been a director of Metropolitan Museum of Art during from 1967 to 1977, may have seen parallels between New York’s urban landscape and Europe’s war-ravaged capitals when he started his micro-park effort in 1966, working as a New York City parks commissioner.

The first of Mr. Hoving’s attempts at creating a compact sanctuary was Paley Park, which opened on 3 East 53rd Street in the spring of 1967. It was named for William Paley, the former chairman of CBS, who financed and oversaw the park’s design on the site of the old Stork Club. 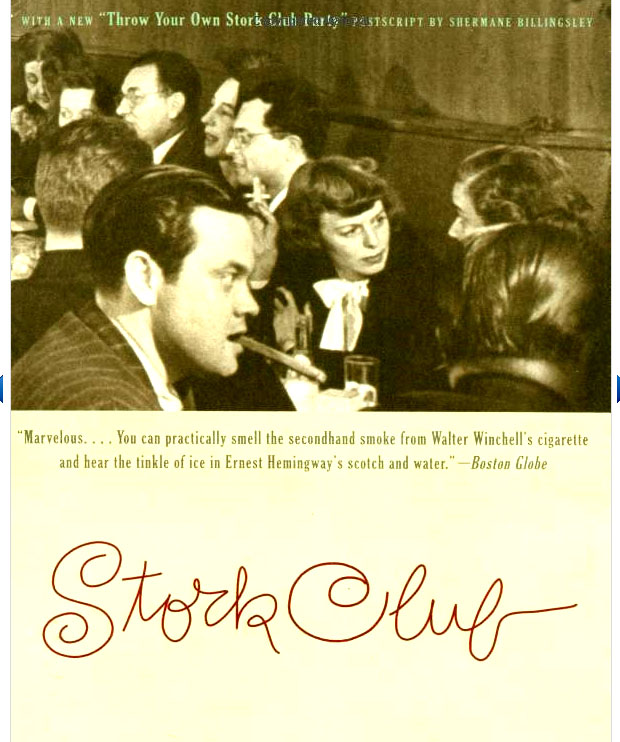 Stork Club was one of the most famous night clubs in New York. It opened in 1929, moved to 3 East 53rd Street In 1934 and was closed in 1965. Today the ornamental bar of the Stork Club is to be found in Jim Brady's Bar in Maiden Lane. It was the place to see and be seen in the Big Apple.
Inside the front door of the club was a gold chain, real fourteen-karat gold, and beyond it a small lobby with telephone booths and the checkroom, where ladies left their minks and ermine capes and men their hats and topcoats. In the middle of the 20-th century Billingsley, the owner of the club, had 200 employees serving the 374 guests who could be seated at any one time. 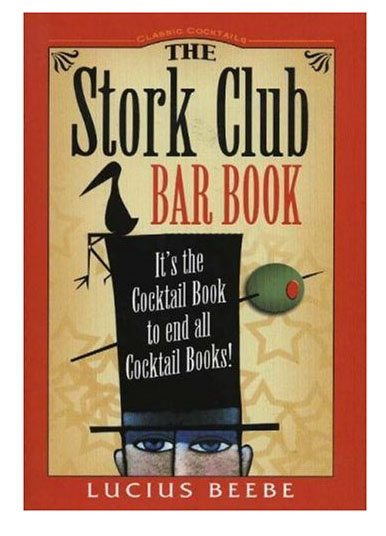 A list of the famous people who visited Storks is very long: year 1940- Ernest Hemingway, year 1943 - Navy Lieutenant John F. Kennedy. J. D. Salinger and Frank Sinatra, Marilyn Monroe and Elizabeth Taylor could be seen in the club.
La Guardia suspected that underworld boss Frank Costello was part-owner of the Stork Club. Because of owners friendship with Federal FBI head J. Edgar Hoover, rumors persisted that the Stork Club was bugged.
In October 1965, Billingsley sold the building to CBS, who turned the site into a park named after its founder's father. One year to the day after the closing of the Stork Club, Sherman Billingsley died of a heart attack at his Manhattan apartment.